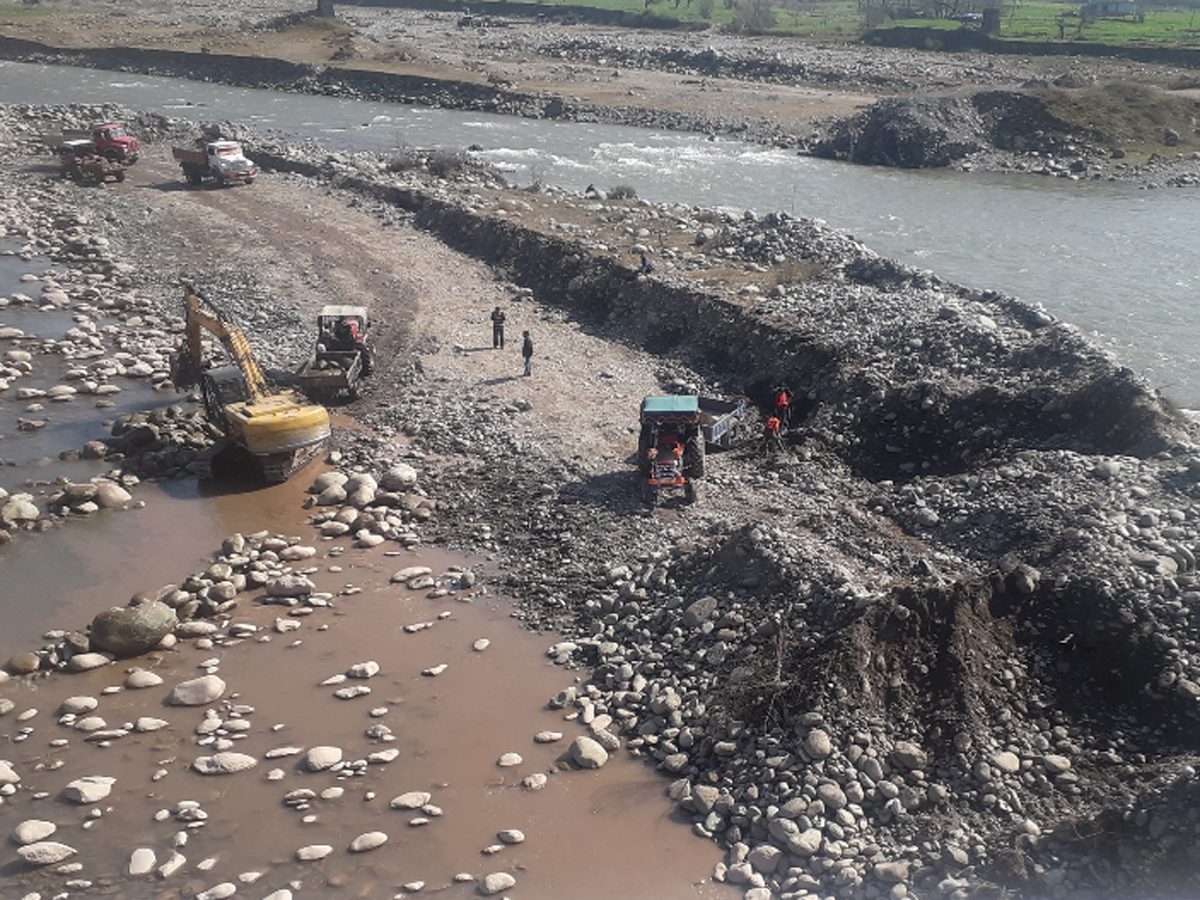 Open sand mining going on beneath S.K bridge, Where is District administration?

POONCH: Sand mining, which remained a routine affair in outskirts of Poonch city, has now announced its arrival in the heart of Poonch city, but  administration seems to be in deep slumber. 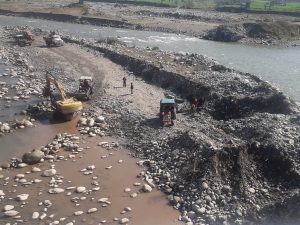 Open sand mining is going on beneath the S.K bridge which is considered as lifeline of Poonch city. Extraction of sand and gravel is being used on an under construction bund near S.K bridge. This shows that administration is spending money without any vision. On one hand, open illegal mining is going on and on the other hand, the said material is being dumped near the site of under construction protection bund. Locals have raised their eyebrows on the working of administration and demanded immediate ban on illegal extraction of sand and gravel from S.K bridge site.