JAMMU: In a much required and out of the box action, first one in the entire country, LG of J&K UT Manoj Sinha, the other day,  announced several welfare measures for those families who lost their only earning members. 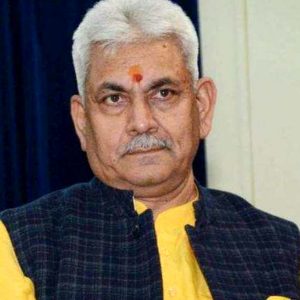 Even, those children’s, who lost their parents, will be given special scholarship by the J&K government. Right from the day one after taking over the reins of J&K UT, Manoj Sinha, who is considered as a tough master in political circles took many decisions aim at brining J&K on path of development. Although, health and medical education department in J&K has been facing sever criticism due to mismanagement and shortage of proper infrastructure to deal with COVID pandemic, but LG is still trying his best to provide much needed relief to the people. Despite of fully knowing various loopholes in the health and medical education department which are existing due to the wrong polices of previous elected governments, LG is still showing his saintly face and has announced relief measures for COVID affected families. This is the only example in the entire country where any government at State/UT level has taken this initiative. LG has also appealed to the people of J&K UT to follow the COVID appropriate behaviour and get themselves vaccinated. Appreciating the decision of LG of J&K UT,  Advocate Sanjay Raina, President People Forum Poonch, said, “Our LG is a man of character as he has been trying his best to provide justice to all, especially in this hour of crisis. Welfare measures announced by him for COVID affected families are highly praiseworthy. I also request other state governments to announce the same in their states because poor people need huge support to survive.” Taj Mir, a civil society member termed welfare measures announced by LG as extraordinary. While talking to “POONCH TODAY”, Taj said, “Only a leader with saintly qualities can do this. I have not seen such measures anywhere in the entire country. I request LG to bring downtrodden sections of the society in these measures. Poor shopkeepers who suffered a lot during pandemic must also be taken into consideration as far as welfare measures are concerned.” VHP State Secy,  Nishu Gupta also expressed his happiness over the welfare measures announced by LG. He said, “I welcome such remarkable measures for COVID affected families, but at the same time, I urge LG sahib to consider sufferings of business community, because due to lockdown, poor business community members of Poonch have suffered a lot and they need much deserved attention.”

My visit to Poonch was to access the performance of Police during COVID pandemic: IGP Mukesh Singh
MC Thanamandi has become a focal point of gaffe; E.Os adjusted their close ones through backdoor entry