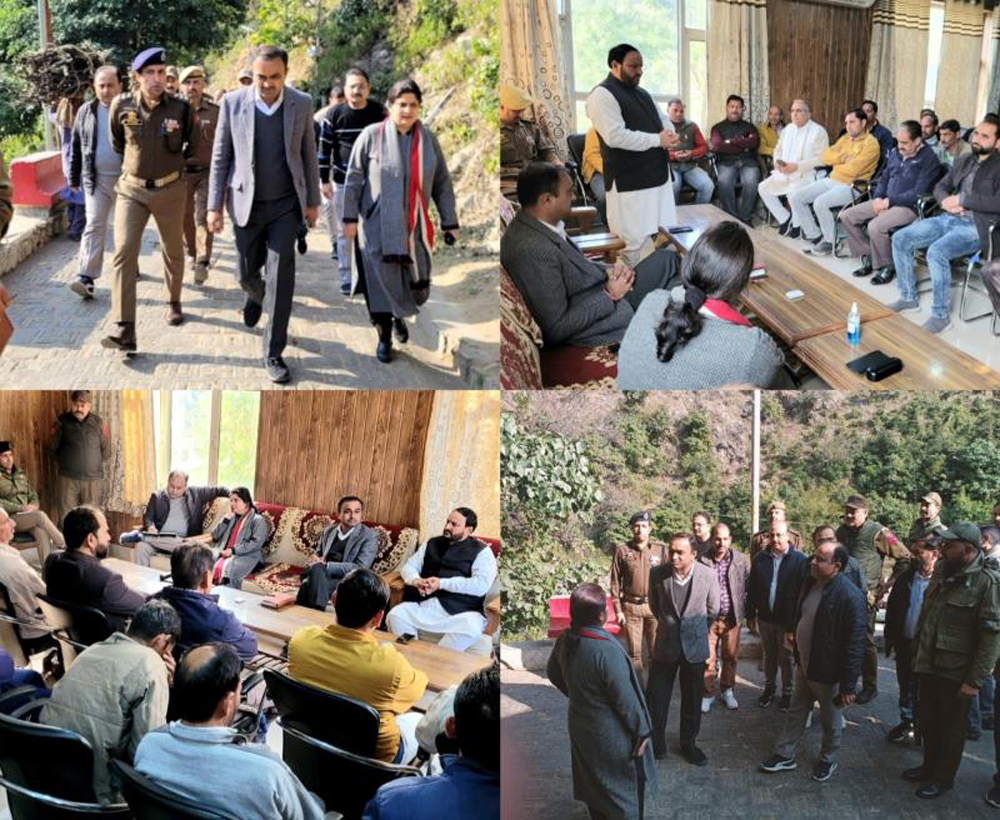 REASI: Divisional Commissioner Jammu, Ramesh Kumar, who is also the Chairman of Shri Shiv Khori Shrine Board, conducted an extensive tour of Ransoo/Shivkhori area to take stock of ongoing developmental activities and the creation of high-end Tourist facilities in the Shrine area. 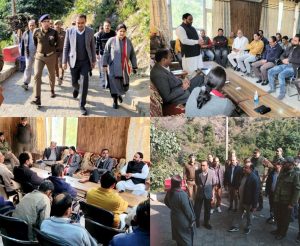 During the visit along with a team of MS Jindal Steel Works, the Div Com interacted with the pilgrims and staff. He enquired from the staff about the difficulties being faced by them as well as by the pilgrims.
He also discussed new works proposed to be taken up to facilitate the pilgrims coming to the Holy cave shrine in a much better way. He also paid obeisance at Holy Shrine of Lord Shiva Ji at Shivkhori.
The Div Com alongwith other concerned officers took a round of shrine area and inspected the progress of all the ongoing works executed there.
Instructions were issued to the concerned departments to expedite the pace to complete all the taken up works well before the Maha Shivratri Mela.
The Div Com inspected facilities for pilgrims and passed directions for development of pilgrim friendly track, proper queue management and public convenience.
He also instructed the concerned officers for development of Ghat, developing an efficient waste disposal mechanism, provision of medical care and inclusion of religious activities. The stakeholder departments were asked to conduct a safety audit of the track.
Meanwhile, a deputation of the locals also met with the Divisional Commissioner and apprised him about various issues viz provision of Town Development Plan for Ransoo, ropeway project, medical facilities, road connectivity and minimizing of power cuts etc. The Div Com gave a patient hearing to the delegation and assured that all their genuine demands would be redressed in a time-bound manner. He also issued on the spot directions to the concerned officers for resolving all the projected issues on priority.
Deputy Commissioner Reasi, Babila Rakwal, (Vice Chairperson SSKSB); Executive Officer SSKSB, Sanjay Badyal; Police officers, Tehsildar Pouni and officers from different allied departments accompanied the Div Com.