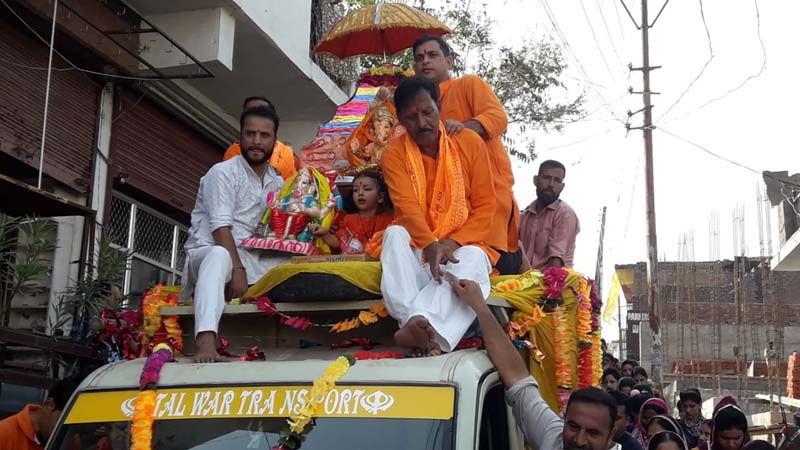 POONCH: An Impressive Shoba Yatra of Ganpati Visarjan was taken out from power house mohalla Poonch with fervour and gaiety. 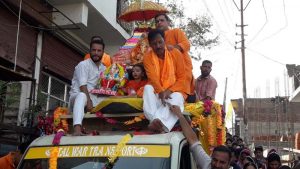 A large number of people including men, women and children drawn from different parts of the Poonch city participated in the Yatra amid chanting of religious mantras. Earlier, in the morning, Puja of Ganesh Ji was performed according to Vedic and Sanatan rituals at power house temple.