Latest News
Mishandling of power! Pleasing top bosses by gruelling individuals without investigation has become a new mantra of the Poonch Police; DGP’s intervention  needed93 Infantry Brigade authorities fail to strengthen the spirit of the sports with unprofessional approach; One mismanaged hockey event mar successful Link up day celebrationsWith Panchayat and Local Bodies elections due next year, assembly elections in J&K are likely to be put offCredibility of the Poonch administration has reached a frightening low due to reports of intensifying dishonestyPUBLIC NOTICE “POONCH TODAY” bold journalism is totally based on an impartial and investigative nature
Another Jammu University’s recruitment fraud exposed, VC Secretariat playing dubious games; Registrar resigns sensing trouble – Poonch Today 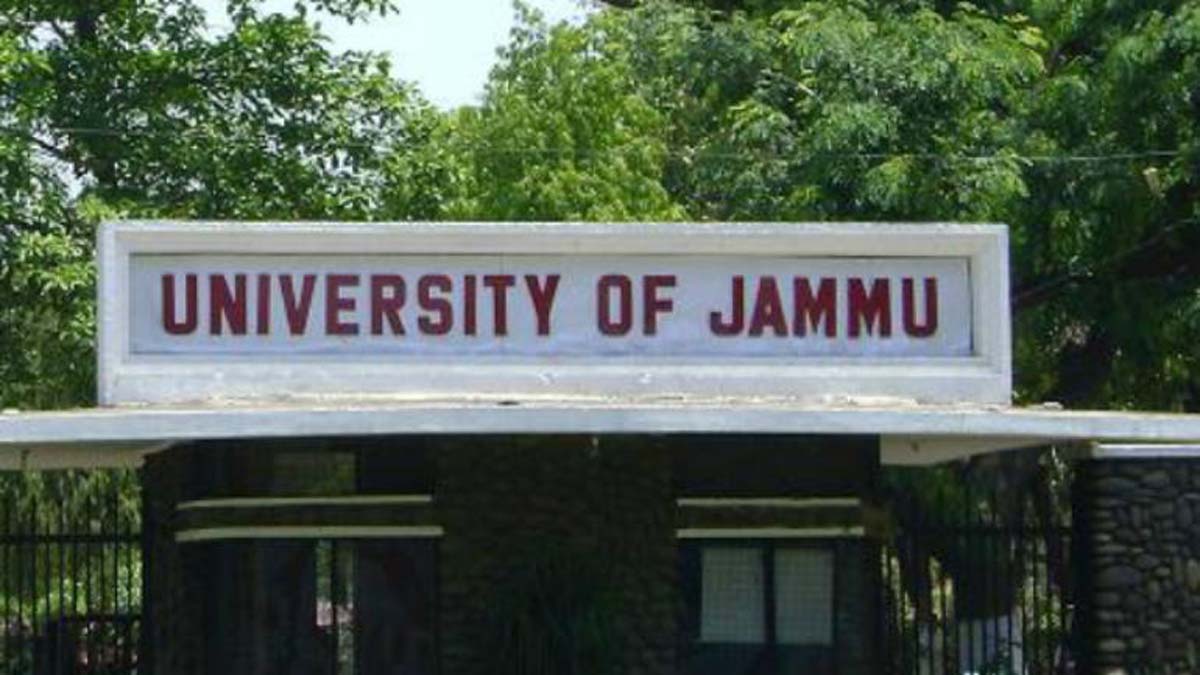 JAMMU: The horrible state of affairs in elite Jammu University relating to recruitment for various posts have been exposed again.

It is pertinent to mention here that “POONCH TODAY” few days ago, published a story that how rules were changed in JU to adjust  a blue eyed person of a tainted politician on the post of Campus Development Officer and now, another similar fraud has been exposed. Jammu University on 30-11-2017, advertised various  teaching posts and large number of candidates applied for the same.  After some time, university published composite merit of two subjects namely Physical Education and Zoology and the merit was uploaded on university’s website. After that, the recruitment process was put on halt, reason best known to the university authorities. On 28-08-2019, university again invited the application for various non–vocational staff positions vacant in university and informed the desirous candidates to apply from 29-08-2019 and last date fixed was 30-09-2019. When “POONCH TODAY” approached Vice Chancellor secretariat and inquired why the previous recruitment process of 2017 was put on halt and what is the future course of action for those candidates who applied as per notification of 2017, VC secretariat gave a cold response and said that JU VC was not aware of 2017 notification issue and requested “POONCH TODAY” to contact Registrar Jammu university Prof R.K Ganjoo, who has now resigned, the other day, sensing exposure of big recruitment fraud. Earlier, when contacted, He(R.K Ganjoo, now Ex Registrar) said that he will provide all details of previous notification and latest notification. He also said that those candidates who applied as per previous notification of 2017, shall have to apply again, but they have been exempted from paying fee again. It is important to note that the new notification was advertised on 29-08-2019 when J&K was going through internet gag and large number of  students remained unaware of this notification of Jammu university. Documents available with P.T shows that Vice Chancellor secretariat and ex-Registrar played this high voltage drama to hoodwink meritorious job aspirants and wanted to recruit their favorite persons. When asked for providing  complete details again, he refused to share details with “POONCH TODAY” and said that he will provide details after meeting with VC secretariat. After few days, when again contacted by “POONCH TODAY”, ex-Registrar gave cold shoulder and failed to provide the details again. When contacted about previous notification of 2017, a top chair in VC secretariat, who was the then A.R in 2017,  invited this correspondent for giving notification, but when P.T correspondent reached there, the chair said, “Registrar has directed us not to share any details with “POONCH TODAY” and indirectly admitted that something wrong was there.” In an another twist of events, “POONCH TODAY” against contacted ex-Registrar and inquired why previous notification process was stopped, he said that university got a letter from Governor office to stop the recruitment process because tenure of  former Vice Chancellor was over. He also said that UGC guidelines were also changed, that’s  why JU stopped the process. It is important to note that both the excuses given by ex-Registrar have no logic on the ground and it clearly shows that how whole drama was played to hoodwink meritorious candidates. On one hand, JU uploaded composite merit of two streams of Physical Education  and Zoology as per 2017 notification and then, the  recruitment process was put on halt, but as per new notification, those candidates who applied as per previous notification need to apply again without paying fee. It clearly shows that JU authorities are playing with the future of meritorious students and shifting blame on governor office and by taking plea of changed UGC guidelines, but they have no proof of UGC and Governor’s offices direction to stop the recruitment process.  In an another shocker, JU vide no Adm/TW/C&R/19/537-50 dated 02-08-2019, JU said that those candidates who applied as per 2017 notification for various posts under Open merit category, can get their fee back because those posts have now been falls under reserved category due to implementation of the new roaster as per UGC ordinance no F.1-/2006/(SCT) dated 08-03-2019. Why JU authorities directed students to get their fee back after more than two and half years? This unsure act of university points towards a well planned conspiracy to hoodwink those candidates who applied as per previous 2017 notification and again putting them under dark with the issuance of new notification of 2019.  Ex-Registrar also said that VC has discretionary power of condonation of delay and candidates can apply again by giving a valid reason.  Changing of statements of ex-JU Registrar, who became Registrar from academic side and now has resigned sensing big trouble as “POONCH TODAY” has been following this recruitment fraud regularly, shows that JU authorities are hiding something big and wanted to adjust their favourite at various teaching posts in JU. A high level inquiry is needed to bring in public domain, the real truth of JU authorities who have become habitual in playing with the  sentiments of meritorious job aspirants by playing with recruitment related rules off and on.