Latest News
Mishandling of power! Pleasing top bosses by gruelling individuals without investigation has become a new mantra of the Poonch Police; DGP’s intervention  needed93 Infantry Brigade authorities fail to strengthen the spirit of the sports with unprofessional approach; One mismanaged hockey event mar successful Link up day celebrationsWith Panchayat and Local Bodies elections due next year, assembly elections in J&K are likely to be put offCredibility of the Poonch administration has reached a frightening low due to reports of intensifying dishonestyPUBLIC NOTICE “POONCH TODAY” bold journalism is totally based on an impartial and investigative nature
With Hockey turf at Boys Hr. Sec School, Govt should develop sports infrastructure at Stadium for other games; Stadium is official venue of government functions  – Poonch Today 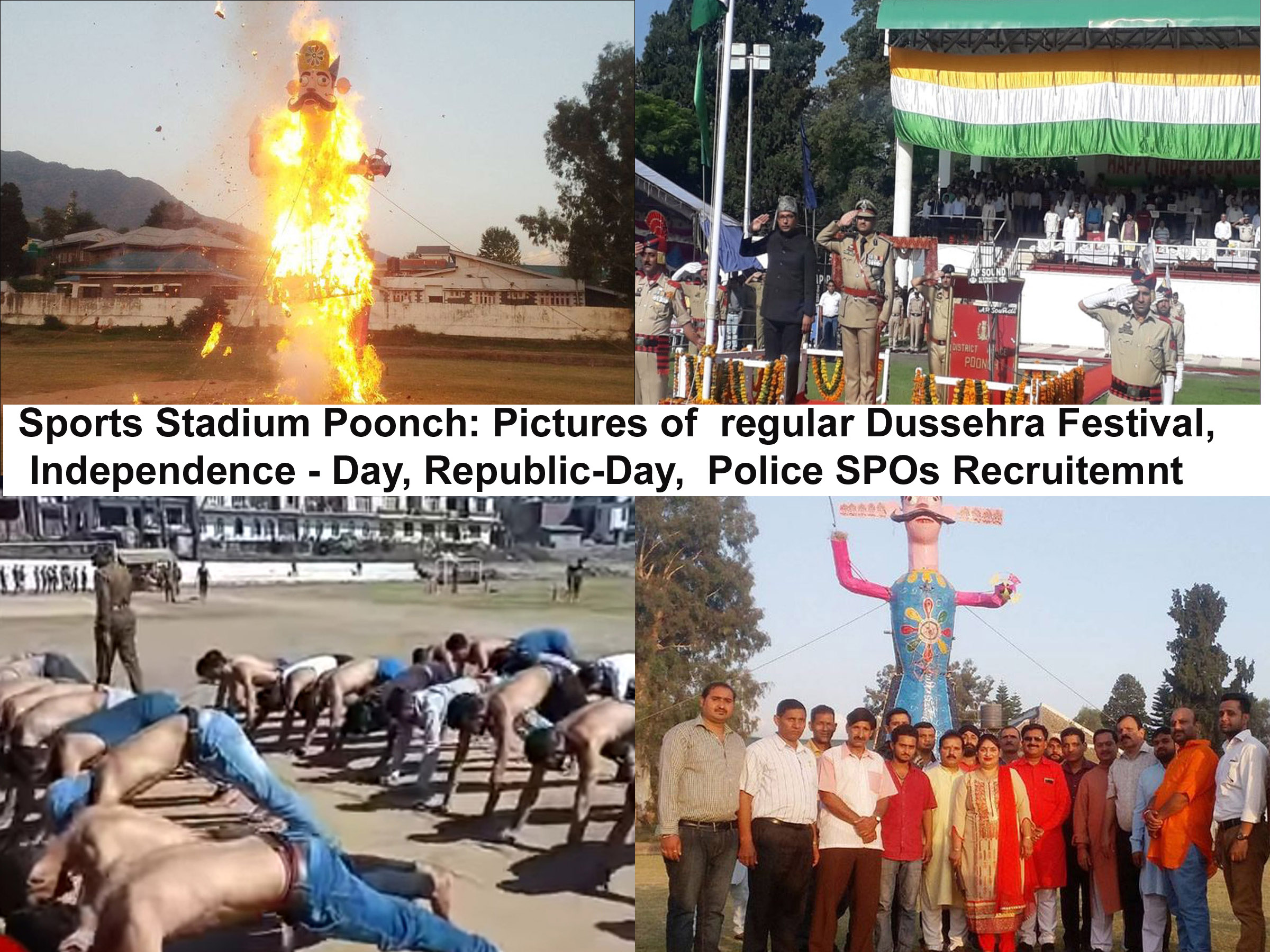 With Hockey turf at Boys Hr. Sec School, Govt should develop sports infrastructure at Stadium for other games; Stadium is official venue of government functions 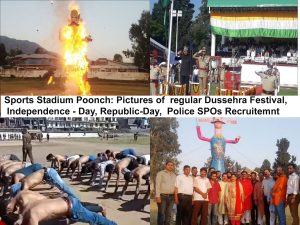 In addition of these games, this sports stadium is the official venue of all government functions like  Independence Day, Republic Day, Police recruitments, Dussehra festival and other government functions, even for landing of choppers of government and private companies during official visits. This stadium  has produced large number of players from different games and has a huge potential for the future of sports in Poonch district for all games. Sports stadium Poonch is a multipurpose sports stadium in Poonch city  and cannot be used only for a single game exclusively. Last year, government provided lights to this stadium and due to the installation of lights, players can even play during evening and night hours. This stadium has the capacity to become a better stadium for Cricket and Football going by its vast area  in addition of organizing official government functions. Though, government has provided international standard hockey Astroturf at Model Boys higher secondary school Poonch, the work of which was started in ending July 2020 and nearly 30% of work has been completed and remaining work also going on in fast speed, it would be better for the government to provide sports infrastructure for other games like Volleyball, Football and Cricket in sports stadium Poonch.  There is an urgent need to develop degree college ground also for sports activities, since all the three grounds of Poonch are known for producing players in different disciplines. Poonch has a rich sports culture and keeping in view of this talent, government has provided first ever international standard hockey Astroturf at Poonch, because Poonch hockey is known all over the J&K  UT for its meritorious performance. Early this year, Hockey Poonch won J&K UT championship at Jammu for the first time and as a reward, government blessed Poonch with this hockey turf. Other games like Volleyball, Taekwondo, Cricket, Football, Boxing also blessed with huge talent, so, government needs to develop sports infrastructure at sports stadium for other games also. Sports culture in Poonch is strong and also produced a volleyball  international player like Saqlain Tariq, who has played for India at international level and if government provides international standard infrastructure for other games also, Poonch is bound to produce international players from other games like  Hockey.  For installing hockey turf in the premises of boys  higher secondary school, Lieutenant Governor, D.G Sports, Deputy Commissioner Poonch, Hockey India and Hockey J&K have played a bigger role and similar initiatives need to be taken for other games in sports stadium Poonch and degree college ground Poonch for a better future of children’s. Likewise, sports facilities also needed in Tehsil Mendhar, Surankote and Mandi. Since drug menace has announced its arrival in the district, so more and more sports infrastructure needed to be built at sports  stadium and degree college ground for games other than hockey for educating children’s to adopt sports as a way of life and the  responsibility lies on government.  Government is also going to inaugurate more hockey Astroturf’s at Nagrota, Hiranagar, K.K Hakhu stadium, Srinagar and one of them was inaugurated recently at Boys H.S.s Pulwama and for flourishing hockey culture in J&K UT, the credit goes to Secretary General Hockey India, S Rajinder Singh Kukku, President Hockey J&K, Smt Kanta Andotra and General Secretary Hockey J&K Dr Taran Singh.

Tainted officers to have tough time ahead as LG J&K gets direct control of ACB, IAS and IPS; Master stroke by union government
Frauds and Rural Development Poonch are made for each other; Those appointed through backdoor are looting everything