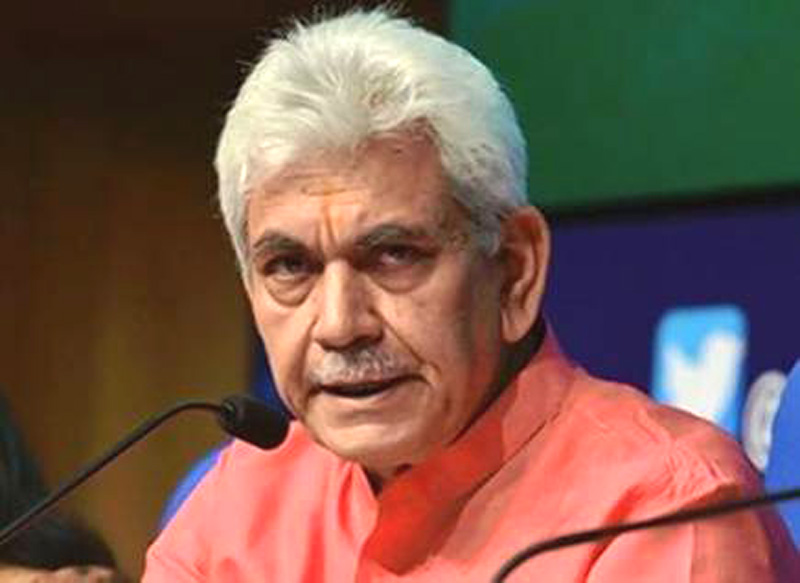 Tainted officers to have tough time ahead as LG J&K gets direct control of ACB, IAS and IPS; Master stroke by union government

POONCH: The union government notified business rules for J&K UT, the other day, and with this latest edition to J&K, LG Manoj Sinha has become more powerful with full control over Anti Corruption Bureau, IAS, IPS  and other sensitive matters in J&K UT. 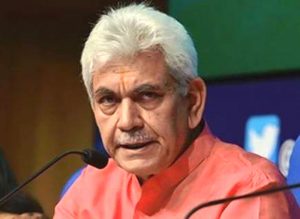 J&K over the years always remained in news for brazen corrupt practices and all the system was collapsed internally and chief secretary J&K also mentioned the same few days ago. In Pir Panjal region also, tainted officers of Rajouri and Poonch administration over the years, looted government money like anything. Both the districts have been facing governance deficit with record all time high corruption reported in the last few years. There is no system of check and balance and many illegal activities were allowed to take place in both the districts. Over the years, tainted officers posted in Poonch and Rajouri districts in many departments scripted many multi crore scams and within a short span, they earned like anything least bothering about action from government, because, no strong colonel was placed at the helm of affairs in J&K. These tainted officers took everything for granted and if a deep inquiry into the working of administrations of both the districts including many departments like PWD, Revenue, Rural Development Department,  Irrigation and Flood Control, Jal Shakti, Tourism, Mughal road project, Health, Social Welfare, ICDS among other department is ordered, then many multi crore scams will come out in both the districts of Poonch and Rajouri. Many government buildings and government lands were illegally transferred in Revenue records in Poonch district  over the years and it is still a biggest scam in Poonch district, which, still has not taken to its logical conclusion. Credibility of administration remained doubtful over corruption issues and common man lost  faith in the institution of governance and to bring back the lost faith of public in governance,  a tough action on tainted officers is necessary for brining system back on track. In Poonch and Rajouri districts, huge development is required as both the districts were ignored completely over the years. The condition of Mandi to Chandak road is horrible. 132 transmission line is still out of order. Nangali sahib bridge not renovated after 2014 flood. Illegal constructions in flood zone were allowed by corrupt officers of administration, thereby putting entire Poonch city under grave threat of flood. Whole administrative system in both the districts remained defunct mostly.  All mistakes of past years should be corrected to shape a new atmosphere of peace, prosperity and development  in Poonch and Rajouri districts in particular and other areas of J&K in general.  The latest step of union government in empowering Lieutenant Governor Manoj Sinha is a clear indication that centre wants tough action on all types of frauds and wrong administrative practices of past and due to this reason, ACB, IAS, IPS and other sensitive matters are now placed under the direct control of LG and even elected Chief Minister, in future will have no say in such matters. So, the indication from Union government is very much clear that those tainted officers in J&K, who looted government money and scripted many frauds including big government lands and forest land scams, through various sources, need to start taking sleeping pills, because J&K is now under the direct control of Union government and tough headmaster of J&K is not going to spare poor students known for scripting frauds and corruption.

Tackling multiple challenges at a time, Poonch Police manages to ensure peace in district
With Hockey turf at Boys Hr. Sec School, Govt should develop sports infrastructure at Stadium for other games; Stadium is official venue of government functions