Latest News
Mishandling of power! Pleasing top bosses by gruelling individuals without investigation has become a new mantra of the Poonch Police; DGP’s intervention  needed93 Infantry Brigade authorities fail to strengthen the spirit of the sports with unprofessional approach; One mismanaged hockey event mar successful Link up day celebrationsWith Panchayat and Local Bodies elections due next year, assembly elections in J&K are likely to be put offCredibility of the Poonch administration has reached a frightening low due to reports of intensifying dishonestyPUBLIC NOTICE “POONCH TODAY” bold journalism is totally based on an impartial and investigative nature
PWD Poonch backstabbed the reputation of Principal Secretary as blacktopping work exposed within 12 days; Sab golmaal hai – Poonch Today 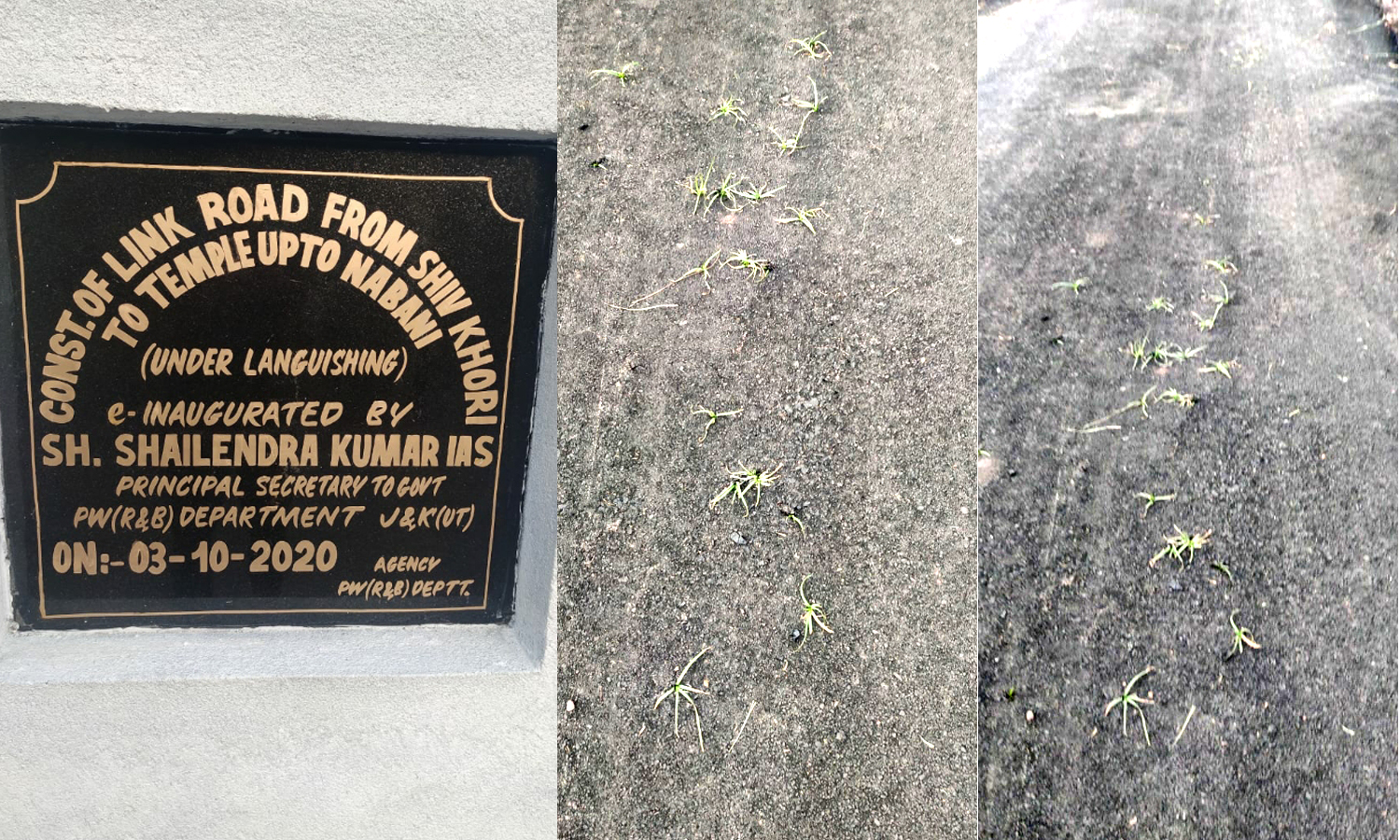 POONCH: If tainted officials of PWD Poonch can backstabbed the reputation of Principal Secretary PWD Shailendra Kumar, who is known for his efficient work culture, then one can easily come to conclusion that these PWD officials can befool anybody. 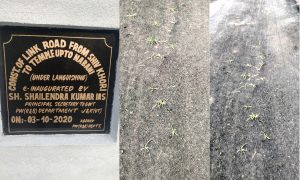 It is pertinent to mention here that PWD always remained in news for various financial frauds over the years including poor quality blacktopping work at many places. Recently, a poor quality blacktopping work was also reported from Loran area. Similarly, many roads in Mendhar tehsil were not blacktopped properly over the years, because tainted PWD officials believe in earning again and again from same roads. They have nothing to do with ensuring top level blacktopping work for the benefit of public. However, in a shocking state of affair, a blacktopping work of Link road from Shiv Khori to temple up to Nabani under languishing was e-inaugurated by Principal Secretary PWD on 3rd October, but within 12 days, the said work has been exposed due to very poor quality blacktopping work as grass has started to come out from within the road from different stretches and it shows that PWD engineers compromised with the quality just to earn more commission from the said project. Store frauds, Telecom cables frauds, bills passed on fake and repeated works, murdering of funds under non plan and many heads, like wise many blunders have taken place in PWD Poonch district. The latest episode of PWD Poonch befooling its Principal Secretary by pleasing him through e-inauguration of poor quality blacktopping work  of link road shows that these tainted officials can do anything with a sole agenda of hitting financial gains by any means and it shows that everything is “Golmaal” in PWD department. Will Principal Secretary PWD investigate the matter? Only time will tell.

Despite releasing payments in several crores, Irrigation Department has no official record
Roshni Scam effect: How many government buildings and lands are under illegal occupation in Poonch district? Prime Forest land worth crores not retrieved yet