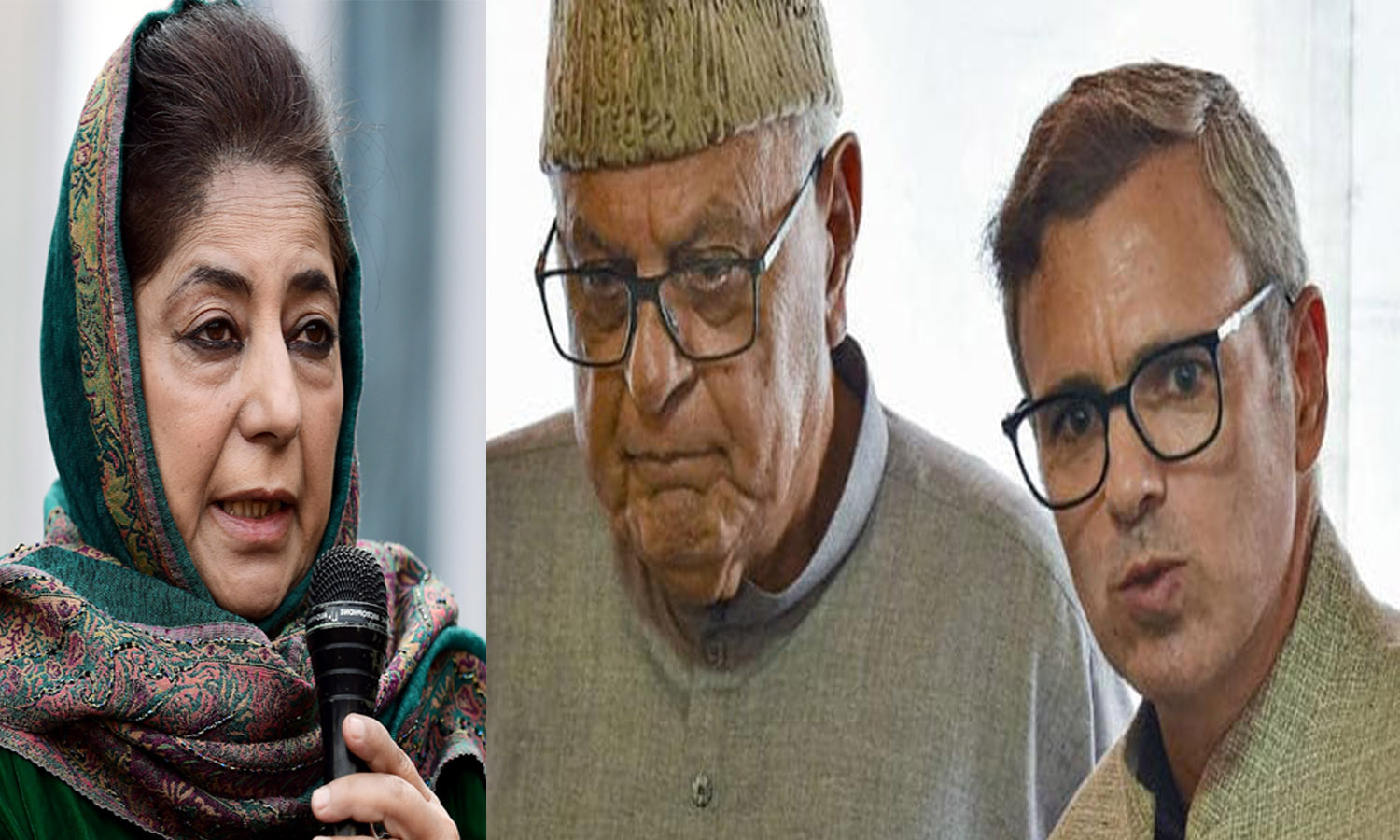 Experienced Abdullah’s are more tactful than pompous Mehbooba on confronting New Delhi; Jack of all master of none

POONCH: Abdullah’s, who ruled J&K for several decades, know very well how to adjust themselves as per situation demand and their strike rate in standing successfully in politically tough situations is nearly 90%. 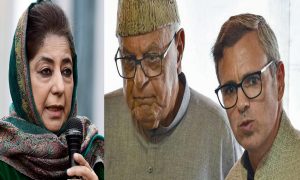 Whether remaining a part of NDA during Vajpayee’s regime at Centre or getting support of BJP in LAHDC-Kargil, Abdullah’s know very well how to grind their own axe to stay alive in politics. Words like ideology and identity of Kashmir, which Abdullah’s always used during previous elections in valley, are not significant for them now, because they have been adopting a diplomatic approach while dealing with a strong Union government. After the abrogation of Article 370 and 35-A, Dr Farooq and Omar, earlier tried their best to  unleash the sentiments of valley people, but after getting a brawny bout from Union government, both the experienced Father-Son duo have released their failed adventure and are now moving very tactfully in present circumstances. Even after their release, they did not touch the issue of Art 370 and 35 A in a robust way. Even after forming GUPKAR alliance, both senior and Junior Abdullah remained insensitive as far as campaigning for their candidates in DDC elections was concerned and this led to unrest among the National Conference cadre also. Even on the arrest of PDP youth leader Waheed Ul-Rehman Parra, Abdullah’s preferred to remain silent as it was an issue of national interest. On the other hand, pompous Mehbooba Mufti wasted no opportunity in attacking the Center on various occasion with an indirect agenda of gaining sympathy of people of valley, but all her ill planned actions of confronting with Centre have been producing nil result. After her release, Mehbooba gave many wrong statements and those statements had the capacity to stand against national interest. She tried to project herself as invincible, but has become disillusioned mostly. To win back lost confidence among the people, Mehbooba has been roving in valley, but getting nothing in return. Her vociferously campaign to defame Centre government  on various occasions has been providing counterproductive. She allowed Dr Farooq Abdullah to head GUPKAR alliance and both Mehbooba and Dr Farooq emphasized to fight for getting special status back. When GUPKAR decided to take part in DDC elections, every member of alliance was confident, but as soon as the elections process started, GUPKAR started to become a divided house in which parties other than NC and PDP became bench sitters only. Sensing trouble, Mehbooba decided to take the lead and  started visiting several areas of valley by showing herself indirectly as leader of GUPKAR alliance. Her unintended activities shows that she has lost her way and becoming unnerved day by day.   Mehbooba seems to be in quagmire and doesn’t know how to proceed ahead with Centre rather than taking a jibe at Union government time and again without getting any output in her favour. Due to the different tactics being adopted by Abdullah’s and Mehbooba, it’s the Mehbooba, who is likely to face the heat if she fails to mend her ways, than the Abdullah’s who  have been playing tactfully as far as confronting New Delhi is concerned. In comparison to Abdullah’s tactful skills, Mehbooba seems to be jack of all master of none politically. Both, Abdullah’s and Mehbooba have realized that their political career have ended in J&K after the abrogation of Article 370 and 35- A and their unintended actions shows their frustration only. Still, Abdullah’s are playing safe.  Is NC a part of bigger game plan of BJP government at the centre to clean bowled other valley based political parties? Only time will tell.