RAJOURI: An arrogant police official, who was deputed on a sensitive police post which was known for bovine smuggling in Rajouri district, has not taken to task yet by high ups of police. 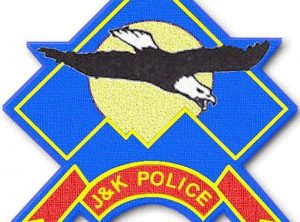 It is pertinent to mention here that few days back, a strong protest was lodged by locals, 15 kms away from Rajouri city, demanding strong action against the police official who was involved in supporting bovine smuggling and those involved in it. Despite passing of much time, no action has reportedly been taken against the said police official. Rajouri district remained sensitive on bovine smuggling front from four different locations and reportedly, all the four locations remained active during night hours with the involvement of few police officials. The matter is already in the notice of agencies, but no action on regular bovine smuggling attempts raises eyebrows on the working of Rajouri police. Moreover, one of the police stations in Rajouri district has become a compromising centre where police officials always consider the weight of well-known persons of the area in every issue, thereby giving least priority to the merit of the case. Majority of low crime related cases are settled outside the walls of the police station with the involvement of few tainted police officials and such incident raise the morale of anti social elements who are involved in various crime related cases, whether that belong to bovine smuggling or other crime acts. A strong action from police high ups is needed to dampen bovine related activities, drug related acts and discouraging the practice of involving religious and prominent people in discussing and settling crime cases inside and outside of few police stations of Rajouri district.  Moreover, those police officials who are involved in supporting bovine activities must be taken to task to win the confidence of people else spark neglected burns the house.