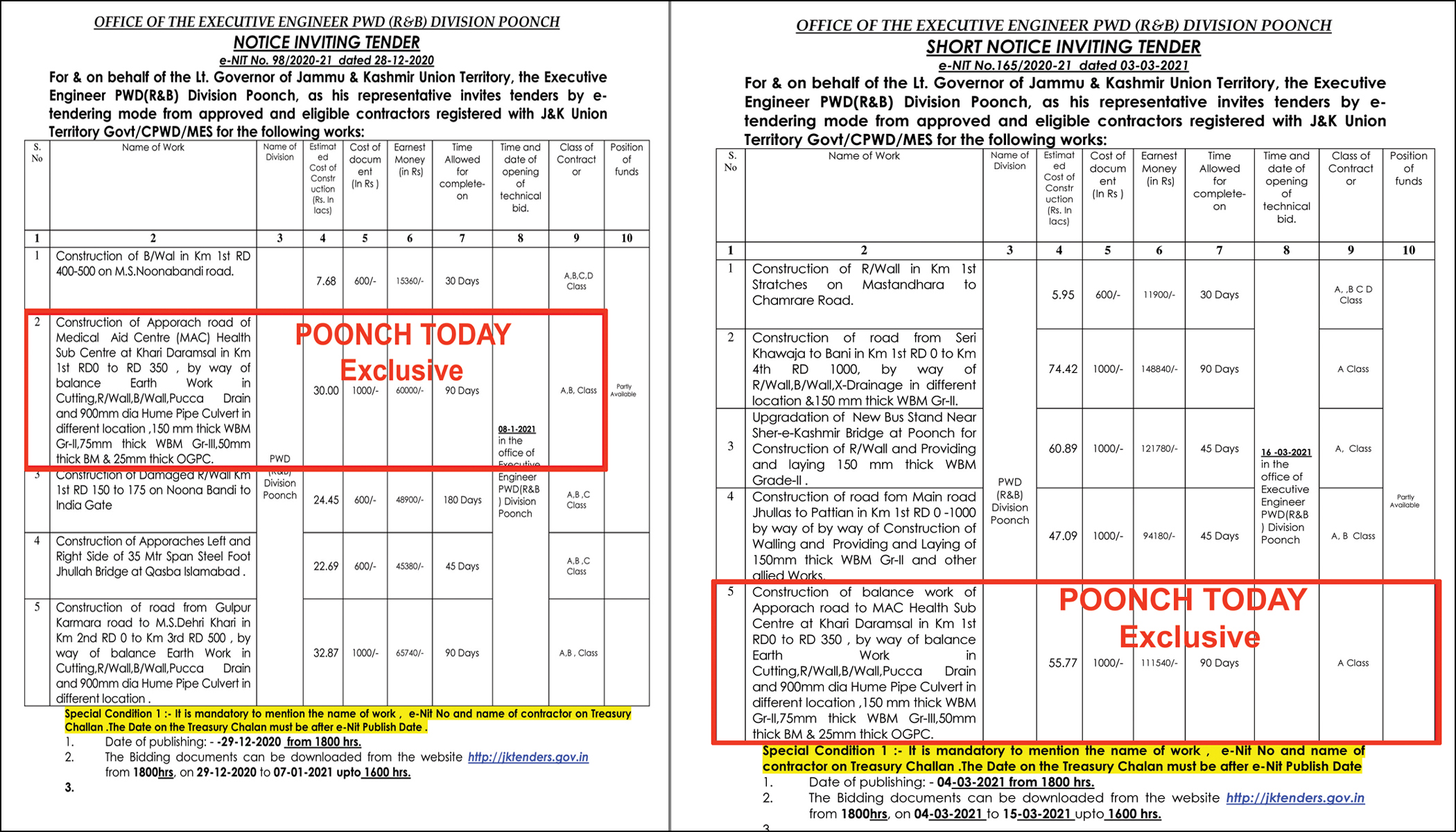 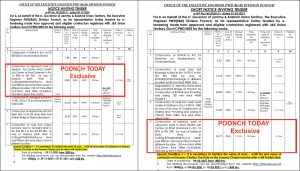 Due to tough competition between few contactors, one of the contractors got the work allotted at low cost of more than Rs 11 lac. The work was to be completed at an estimated cost of Rs 30.00 lacs within 90 days. As the March season is going on, so PWD walas thought to hit bull’s eye by tendered the same work again, to compensate for the loss faced by the said contractor in earlier work,  but this time with a heavy cost of Rs 55.77 lacs. The work having same nomenclature other than including the word “balance work”. It shows that open loot is going on in PWD Poonch where PWD authorities never dare to indulge in wrong practices by inviting tenders of already executed works. The million dollar question is that why government and anti graft agencies are sparing such tainted PWD officers who have been scripting such frauds that too in an open way. Even, in the ongoing month of March, large number of tenders were invited that smells a foul play. Even works allotted in March are being executed in a fast and doubtful manner for releasing payments before 31st of March 2021. Highly placed sources told “POONCH TODAY” that this is just a tip of an iceberg and similarly, many works were tendered again by showing them with little bit change in nomenclature and by this way, huge murder of funds was carried out in Poonch PWD and the same process has unfortunately been going on. There are similar reports of release of payments from already executed works by inviting tenders again and such works are in thousands, said an insider. He said, “Its difficult for a common man to detect a scam in PWD  and only those, having technical knowledge of PWD can detect a fraud.” Now the question arises, how PWD first invited tenders for the same work with cost of Rs 30.00 lacs and the same work was tendered again with cost of Rs 55.77 lacs. Details of seven no of more executed works are in possession of “POONCH TODAY” on which repeated tenders were called with heavy rates on paper and it shows how PWD officers misused their chairs. Were PWD authorities planning to hit financial gains by illegal means? A high level inquiry is needed against PWD Poonch for such type of open frauds which are going on with the involvement of few tainted PWD officials. Due to wrong practices of PWD officials, this department has become a “Gold Mine” for corrupt officials and a proper inquiry is needed to detect such frauds as it’s a question of tax payer’s money.

Known for encouraging Bovine smuggling, police official not taken to task in Rajouri district
Promoted Police officer in JKS range wants to grab an important chair to win public with an aim of participation in elections