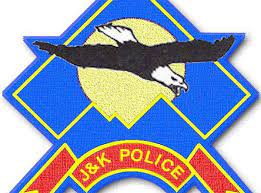 Back to back ill-fated incidents expose Rajouri Police;  Question mark on Intelligence grid in R-P range

RAJOURI: Gruesome killing of a youth, then a grenade attack on the house of a BJP leader in which a two years old baby succumbed to injuries and killing of a youth in Nowshera have raised a question mark on the professionalism and intelligence grid of Rajouri police.

These three unfortunate incidents have shattered the confidence of people in civil and police administrations. A strong protest was lodged by the angry people on the issue of grenade attack and killing of youth earlier by observing a total bandh in Rajouri, the other day. Agitating people were seen shouting slogans against Deputy Commissioner and SSP Rajouri. Few protestors crossed all limits and said that a huge conspiracy has been going on against minorities as anti-national elements want to repeat the Kashmir-like situation in twin districts of Poonch and Rajouri. Many times, the top brass of J&K police said that a large number of militants are active on launching pads and are trying to infiltrate for disruption in peace. Despite spurt in Drone activities and multiple Rajouri-type incidents show that anti-national forces want communal divide in twin border districts and in few other districts of the Jammu division. Although the J&K police have been doing well in thwarting Drone attempts in addition to tackling many challenges, a question mark has been raised on the professionalism of Rajouri police in its failure of getting timely information from its intelligence agencies. It has been seen that mostly, intelligence branches of Police in the Rajouri-Poonch range are having police personals backed by prominent politicians, and this could be one of many reasons that they are not professionally equipped and well trained to detect information about several types of crimes from various sources. Even, majority of police officers posted in the Rajouri-Poonch range are lacking professionally sound communication skills in addition to building better police-public relations for building trust between police and public as approaching the public only during crisis show self-interest only This trust deficit between the public and police is not a good sign for both. An Intelligence network is an eye and ear of the top brass of police, but, over the years, only politically backed police personals remained active in the intelligence network of police in Rajouri-Poonch range besides other related branches, reason best known to police authorities and with this unfortunate practice, expecting information from such a weak intelligent network is a futile exercise every time. It is important to mention here that the grenade attack on the eve of Charri yatra near Shri Dashnami Akhara Poonch in 2016 is not solved yet and this also raises a question mark on the intelligence network of police.  As per the inputs of some high-profile security agencies, OGWs of anti-national forces are very much active in the Rajouri-Poonch range, and the helplessness of police intelligent networks in detecting anti-national activities is a very big security concern. The gruesome killing of a youth and grenade attack in Rajouri is not a normal thing as many prominent persons of Rajouri, pleading anonymity, told “POONCH TODAY”  that government should depute more and more efficient police officers in the Rajouri-Poonch range for ensuring peace and safety of its people.  It is important to mention here that during extremely tough situations from 2016 onwards, Rajouri and Poonch districts remained mostly peaceful due to the top class strategy and professionally policing shown by few SSPs and their subordinate staff, but now, when things have settled down and an atmosphere of peace is prevailing post-Aug 5, 2019, then such unfortunate incidents bring Rajouri police in the eye of the common man in a negative way. Police personals in several agencies must be given professionally sound training as far as strengthening intelligence grid is concerned and those, backed by political leaders must be shown the door for other police activities as there should be no compromise with the security of the nation. However, DIG Rajouri-Poonch range, Vivek Gupta(IPS), while talking to the media said that Police has some leads and all-out efforts are going on to bring culprits to justice. He also said that people from every section of society have condemned these incidents. Meanwhile, to win back public confidence, strong efforts must be made by Rajouri police to bring perpetrators of these two heinous crimes to justice, else, the day is not far away, when people of entire Rajouri town will come on streets, demanding justice and their safety.(There were no official  reports of any progress up to  the time of filing(printing) of this report i.e. 4 pm , 16-08-2021)