Latest News
Chief Engineer PWD misused his official position by indulging in favouritism culture; Gave preference to his local area over entire Jammu province BJPs dazzling strategy under Ravinder Raina put NC, Congress, PDP in difficult position ahead of assembly elections in J&K; Kadaka nikal gaya SALIL RAINAPoor coordination between Executive Engineers of Jal Shakti, PDD leads to water crisis in Poonch city; “Motor Kharab hai”, “Power off hai”Coming assembly elections likely to be dominated by the Gujjar-Pahari issue in the Poonch-Rajouri belt; Vibodh, Pardeep played a big role in ST status to PaharisAs usual!  Mehbooba’s affection for Pakistan was on display once more during the recently concluded T-20 world cup
Mehbooba Mufti should realize her mistake of threatening Centre on 370 and 35 A; Charisma of PDP in Poonch district seems to be over – Poonch Today 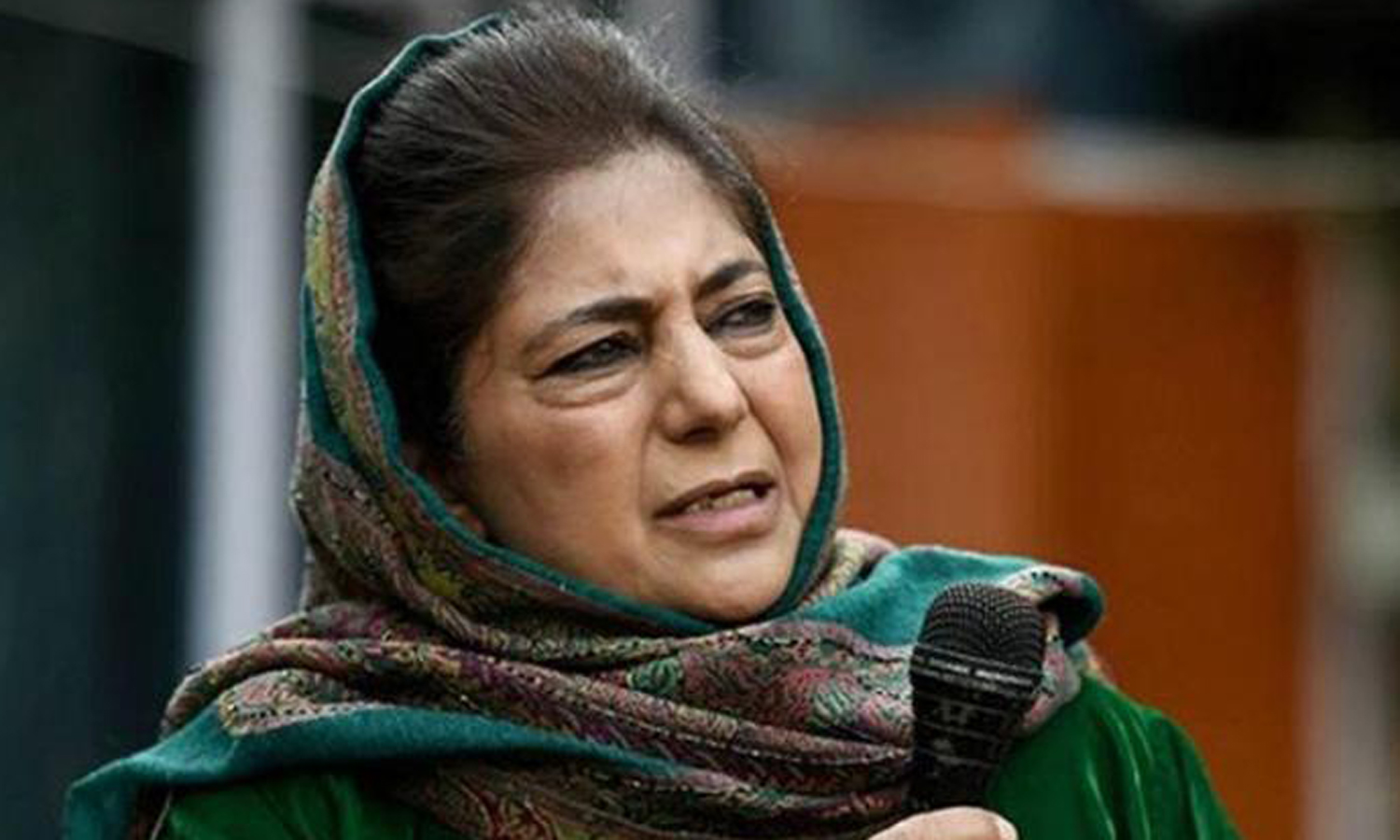 Mehbooba Mufti should realize her mistake of threatening Centre on 370 and 35 A; Charisma of PDP in Poonch district seems to be over

POONCH: When in power as Chief Minister of the erstwhile state of J&K, Mehbooba Mufti wasted no opportunity in threatening center on abrogation of Articles 370 and 35 A. 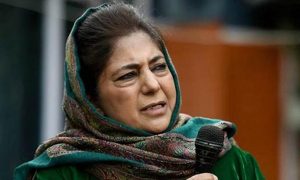 Her unwanted rhetoric against the union government for political gains proved extremely fatal for her political career. Even NC and leaders from other valley-based political parties used the same tactics as Mehbooba, but in a more mature manner, advising the center not to abrogate the temporary status. But who cares such hollow rhetoric’s as the Union government conducted the operation abrogation of Articles 370 and 35 A in a more professional and peaceful manner. The people of the valley have realized that they were hoodwinked by political leaders like Mufti’s and Abdullah’s for their personal gains. After the abrogation of Articles 370 and 35 A, there is total peace in Kashmir and both  PDP and NC now have decided to take part in the next assembly elections completely changing their earlier stance of not participating in elections till special status is revoked. Both the top leaders of PDP and NC have realized that the people of the valley have accepted the decision of the Union government wholeheartedly and truly understanding the pulse of people, Mehbooba and Dr. Farooq Abdullah have shown eagerness to take part in elections. This massive shift in the mindset of Abdullah’s and Mufti’s is a clear indication that both the parties have realized that the union government is very tough and if NC and PDP want their political survival, they have to fall in line with the center.  Mehbooba has started visited several areas of J&K eyeing assembly elections. But her latest Poonch tour exposed many loopholes in the party’s cadre as during her meeting with PDP workers, media persons, and even security agencies officials were allowed to enter the hall and this shows that Mehbooba did not want inner-party differences and various loopholes should go to the public. Even, in Surankote, and Mendhar tehsils, poor response to Mehbooba’s visit is an indication that PDP has lost its charisma in this border district. In the 2014 assembly elections, the Poonch Haveli constituency was won by PDP candidate Shah Mohd Tantray, who has now shifted his loyalties to Apni Party. In Surankote, PDP is extremely weak, and in Mendhar, PDP can give a little bit of competition, although, its victory is not sure because of not having popular leaders. Political observers feel that frustration was clearly visible on the face of Mehbooba Mufti during her Poonch tour and her weak body gesture also lowered the morale of the PDP cadre. An insider of PDP who was present in the meeting, pleading anonymity, told “POONCH TODAY” that the party seems to have no future in Poonch district and similar are the prospects of PDP in Rajouri district as few top PDP leaders also left the party earlier and joined Apni Party. Threatening union government with an aim of instigating the sentiments of valley people on 370 proved a weak trick on her part and after playing the foul, the downfall of PDP was started and the same process has still been going on. On the other hand, Abdullah’s played safe and they projected their aspirations in a more mature way and who knows, somehow, J&K may see an NC, BJP coalition. The timing of assembly elections is not much clear, but one thing is quite sure and that is Mehbooba Mufti proved herself as an immature politician, the way she indulged in senseless rhetoric against the union government, time and again.