Latest News
Mishandling of power! Pleasing top bosses by gruelling individuals without investigation has become a new mantra of the Poonch Police; DGP’s intervention  needed93 Infantry Brigade authorities fail to strengthen the spirit of the sports with unprofessional approach; One mismanaged hockey event mar successful Link up day celebrationsWith Panchayat and Local Bodies elections due next year, assembly elections in J&K are likely to be put offCredibility of the Poonch administration has reached a frightening low due to reports of intensifying dishonestyPUBLIC NOTICE “POONCH TODAY” bold journalism is totally based on an impartial and investigative nature
Self-styled Jammu declaration’s man Devinder Rana has played a wrong move, feel political observers, J&K BJP leaders ignored him on his arrival; Dr Jitendra to play his role – Poonch Today 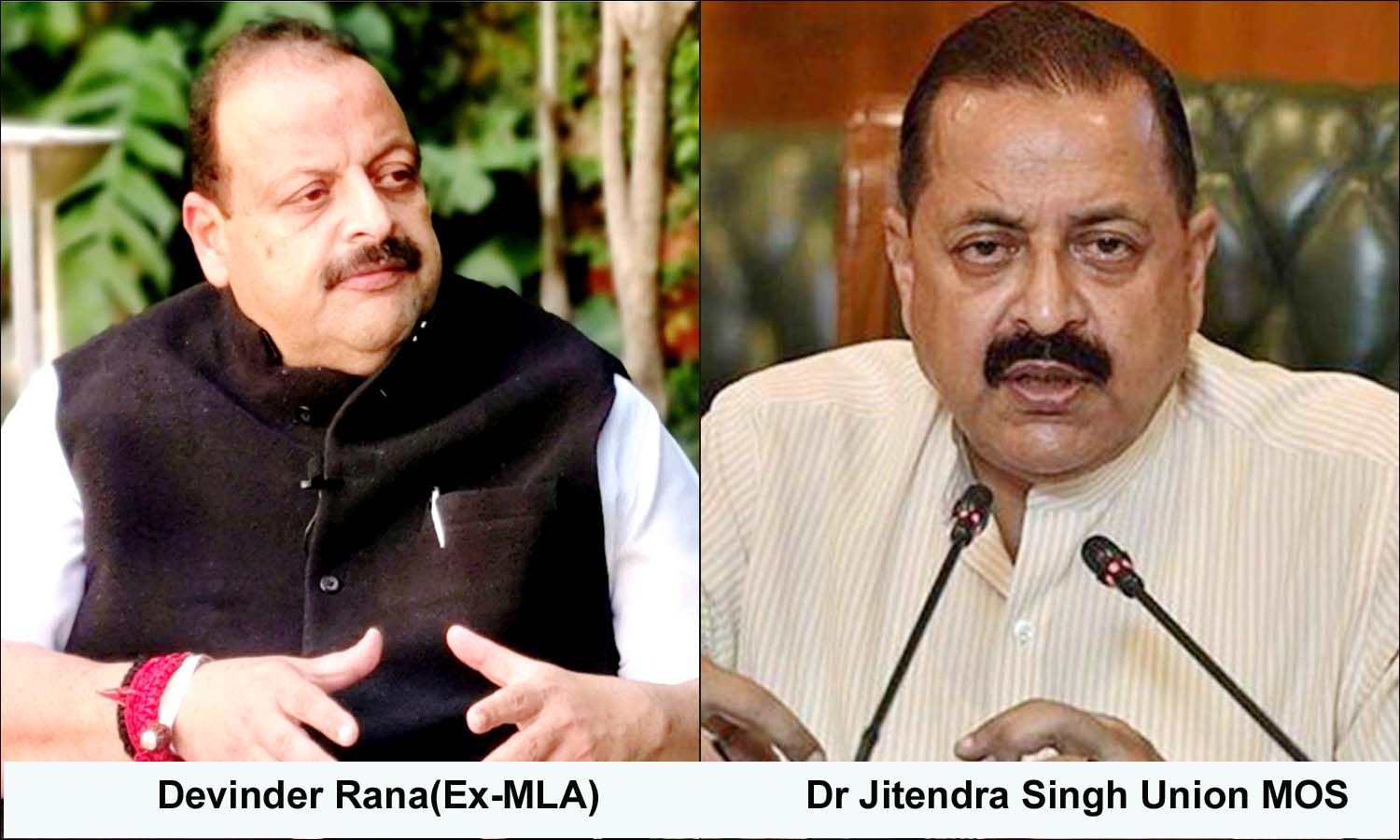 JAMMU: A prominent leader of the National Conference and once a loyal friend of former Chief Minister Omar Abdullah, ex-legislator Devinder Rana who was in the media limelight for his self-styled Jammu declaration, has finally joined the BJP in New Delhi. 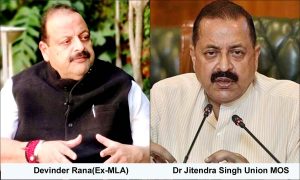 But after joining the saffron party, Rana was not aware of the fact that he has scored a self-goal with his statement after his joining saffron party. Rana considers himself as a seasoned politician but his statement after joining BJP shown that Rana was not aware of the basic principles of BJP as the Saffron party is the most disciplined party and Rana has to work as per the procedure of the saffron party because the BJP will not work as per his wishes. This was cleared a few days ago when a prominent legal personality and a  BJP Leader of J&K while talking to a media agency, said, that those who want to join BJP will have to work as per the principles of the party as BJP will not work as per others wish. This statement of a senior BJP leader was an eye-opener for Rana who has made a self-goal during his joining of BJP. Even, Rana did not get the response which he was expected. After the arrival of Rana at Jammu, J&K BJP leaders totally ignored him and this shows that Rana’s entry is not digestible to top BJP leaders of J&K.  But on Sunday, Rana was welcomed at BJP headquarters by the top brass of BJP and a meeting of BJP workers was also organized there in which various BJP leaders spoke on the occasion. Highly places sources in the BJP camp told “POONCH TODAY” that few powerful leaders of Jammu don’t like Dr. Jitender Singh and they think that Dr. Jitendra Singh has played this move of bringing his brother in BJP camp to counter a few Jammu BJP leaders as reportedly, Dr. Jitendra wants to control everything in Jammu. Whereas, Jammu BJP leaders consider themselves as the hardcore pillar of the party and have the full support of RSS, so the question of supporting them Devinder Rana does not arise. Former two times MP and Minister Ch Lal Singh also expressed anger over Rana’s joining BJP and said that this was a wrong decision of Rana. Hitting indirectly at former Congress, now a BJP leader Sham Lal Sharma, Ch Lal Singh said that see the condition of those leaders who were once powerful in Congress and now have become weak after joining BJP and the same thing will happen with Devinder Rana. Insiders in BJP Camp told “POONCH TODAY” that strong Jammu based BJP leaders don’t like the interference of Dr. Jitender Singh in the party affairs of J&K, so they have decided to keep Devinder Rana at bay, but on the other hand, Dr. Jitendra Singh will play every move to secure status for his brother in J&K BJP Camp, feel political observers.  They also said that in the longer run, Devinder Rana has played a wrong move as he will not get in BJP what he got in NC. A prominent BJP leader, pleading anonymity, told “POONCH TODAY”, “On what basis we should trust Devinder Rana when he was involved in breach of trust with the party which gave him name and fame. We are members of a nationalist and a disciplined party. Our focus is on the entire country and not on the so-called Jammu declaration only which is a brainchild of Rana. Please ask Rana what is Jammu’s declaration by the way” added, “He was just throwing arrows in the air just to be in the media limelight.” Political observers feel that Rana was a strong leader of the Jammu region, but after his joining BJP, he will not get due regard because many traditional BJP leaders don’t like him. Moreover, among all BJP leaders of J&K, Devinder Rana is highly intelligent and is blessed with the gift of the gab and other BJP leaders know this thing very well, so these leaders will do their best to ensure that Devinder Rana doesn’t get a special status in BJP because of his high political caliber. On the other hand, Dr. Jitendra Singh is considered as one of the most efficient ministers of the Modi government and it would be interesting to see how he will tackle such conspiracies against his brother within the party as he is likely to play a big role for his brother. However, the high-profile coming visit of Home Minister Amit Shah will tell where Rana and other leaders stand in BJP, said, a prominent political observer.

Few black sheep of district administration wanted to spoil the show of Union Minister at Poonch
Security agencies need to strengthen their intelligence grid in Poonch and Rajouri districts after the recent terrorist attacks; Not weak but strong heads needed in both the districts