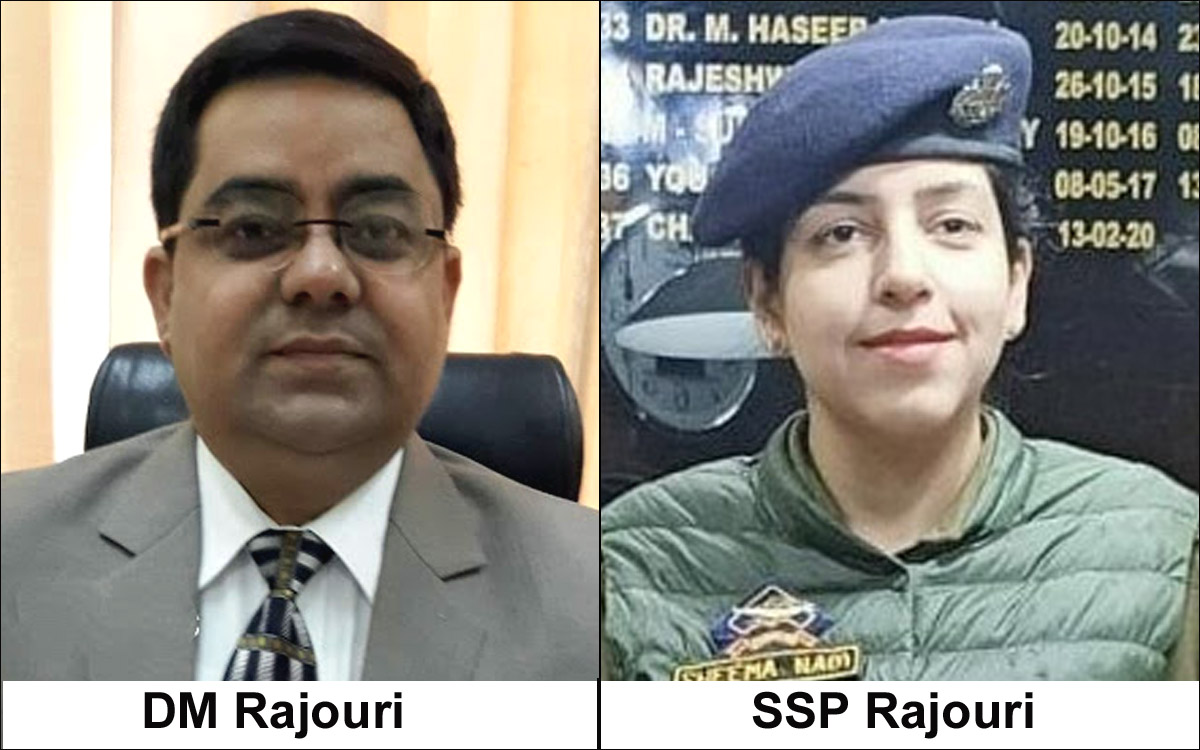 Is narcissism more important for DC, SSP Rajouri over better coordination in public interest?  No one is above law: DC Rajouri

RAJOURI: They say that “Narcissism is used by the feeble, while kindness is used by the strong and never mistake superiority for intellect” and officers holding important chairs anywhere must try to understand this. 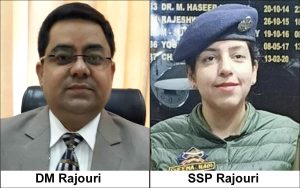 Exclusively reported by “POONCH TODAY” newspaper in its 16th September, 2021 edition that one border district of Jammu region suffering from administration apathy due to discord in DC and SSP and the same was proved 100% true officially and was witnessed by the people of Rajouri, the other day, when the convoy of Deputy Commissioner Rajouri was not allowed to enter the police station in the heart of Rajouri city for hours and this incident has sent a wrong signal to the people of Rajouri town in general and UT administration in particular. Highly placed sources in police and civil administration of Rajouri told “POONCH TODAY” pleading anonymity that this bad chemistry between SSP and DC office started earlier when the DM directed the police to submit weekly reports of police working in the office of DC and this irked top police officers. In public perception, DC Rajouri has gained enough respect because of his developmental initiatives, but his silence on the presence of tainted officers and corruption in his administration raises eyebrows on his work culture. Even after assuming the charge of DC Rajouri, he sent notices to those people who had built illegal structures near the main highway and river, but what happened to those notices and his silence on many issues including many land scams remained a mystery till date. Were his actions a ruse only? As DM Rajouri, mostly he tried to show good works done in administrative set up, but he failed to ensure better coordination with police. On the other hand, SSP also reportedly gave cold shoulder to DC when the former felt embarrassment over the latter interfering in police matters. Mostly, SSP did not attend administrative meetings and used to send her Addl. SP. During law and order situations in Rajouri town, the poor chemistry between DC and SSP was witnessed by most of the people. Although the District Magistrate has huge powers and he can practice his powers, even in police matters. In the long history of J&K, almost majority of DC’s never interfered in the working of police, what to call the inspection of a police station. There were also unconfirmed reports that DC Rajouri was getting a wrong feedback about SHO Rajouri from the public and to enquire about that, he planned this visit to the police station. This incident, which occurred a few days ago, is seen as a victory for police among police officials. The press handout issued by police was not based on real facts, but it was a damage control exercise initiated by the police. A low ranked retired police officer, commenting on the Rajouri episode, in a lighter vein, said, “Police zakham dena bhi janti hain aur marham lagana bhi.” His statement shows that police officials in Rajouri were keen in any way to take on DC, who was reportedly interfering in the affairs of police, because, not allowing DC to enter police station for hours was an insult for the top chair and later, as a face saving exercise, DC was taken to police station by ASP Rajouri and a press handout was issued to douse the fire in media. The contents of the press handout were disbelieving as it shows the insult faced by DDC, tactful role played by police to settle scores as said by insiders in the police department and contents of the press handout were not matching by all means intentionally and going by the body gestures of all officers.  It was, in reality, a face saving exercise by police because police used to face DC in many official matters. Internally, the majority of police officials from lower to top level were not happy with DC interfering into the affairs of police regularly, but as per the version of a legal expert, a DM has huge powers and he can use the powers at any time and anywhere if he thinks fit. Even police officers are answerable to DM. The same was explained by DM Rajouri Rajesh Shavan, on Tuesday, when during a meeting of officers, while indirectly hitting at police, he out rightly said that “No one is above the law. Everyone is accountable and answerable to the DM in the district and DC has huge powers to punish or reward anybody.” This strong gesture of DM Rajouri clearly stated that he was badly upset by the role played by police against him and the press handout issued by the police was just a drama with an aim of dousing the fire in the several media platforms. At personal level, both the officers(DC and SSP) are reportedly well-informed on service and protocol matters, but their bad administrative coordination for reasons best known to them was proving terrible for public perception. This incident has already reached the office of LG J&K UT and it would be interesting to see how things unfold in near future, because the bigheaded approach being adopted by both DC and SSP shows that they prefer narcissism over better coordination in public interest. A retired JKAS officer of Rajouri, on the matter, while expressing his views, told “POONCH TODAY” said, “Humility is the greatest quality that man can have, and lack of consideration for others is undoubtedly the worst and our few officers in Rajouri unfortunately seem to be following the latter.” added “Better coordination between DC and SSP is necessary for the overall development and better security scenario of the district. SSP should exercise wisdom while acting on the orders of DM.”