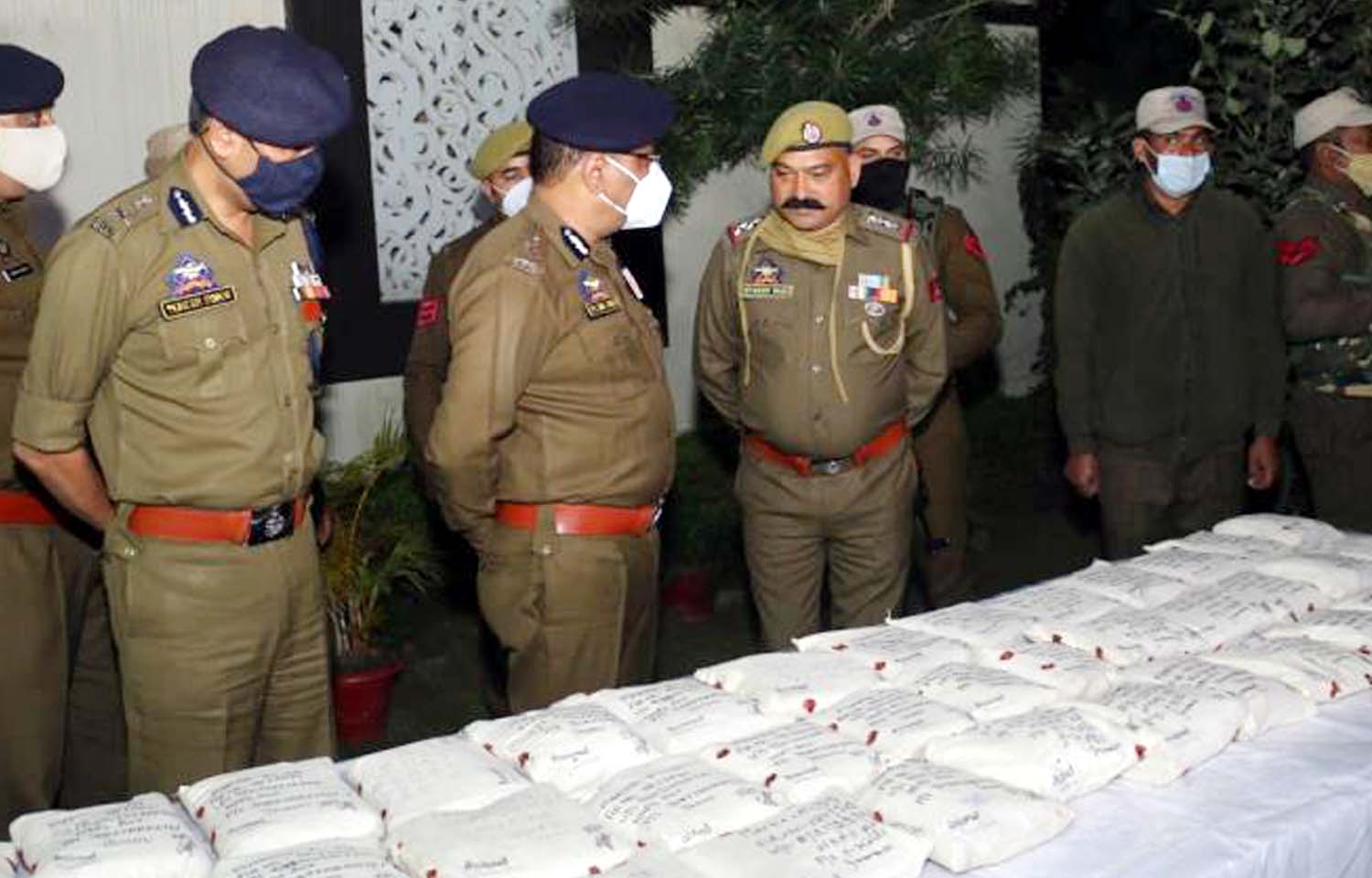 POONCH/RAJOURI: The other day, Jammu police achieved a major success when police seized nearly 52 gms of heroin from a truck which was on its way to Punjab from Kashmir. 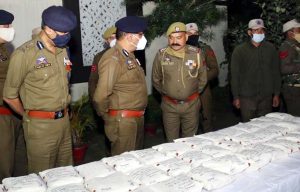 Such a huge attempt of smuggling heroin worth Rs 100 crores shows that Pakistan was trying hard to ensure drug terrorism spreading its tentacles in majority of areas of J&K. Although, alert Jammu police officials foiled a major attempt, this incident shows that such attempts from Pakistan remained a routine exercise in different pockets of J&K. This was a major success for Jammu police led by SSP Chandan kohli as capturing heroin worth Rs 100 crore was not a normal thing. J&K police on social media wrote, @District police Jammu seized 52 packets containing heroin from a truck bearing HR73/2226 which was concealed in a cavity at Suketar/Jhajjar Kotli today. The truck was on its way from the valley towards Punjab. FIR No. 181/2021 u/s 8/21/22/25/29 NDPS Act stands registered at PS Jhajjar Kotli.

DGP J&K Police Dilbagh Singh and ADGP Mukesh Singh appreciated the efforts of Jammu police. Both the senior police officers said that Pakistan has been trying hard by targeting Kashmiri youngsters by making them addicted to drugs. ADGP Mukesh Singh(IGP Jammu)  said that during the last two years, Jammu police seized 185 kg heroin worth Rs 360 crore and 1500 persons were arrested and six of them booked under PSA. He also said that during the period, 500 kg charas, 2500 kg poppy straw and Rs 2,5 crore narcotics related money was also seized.

Such frequent drug transportation incidents shows that targeting youth through drug terrorism has become a new strategy of Pakistan and to counter this, many initiatives were started by J&K police to tackle this menace.  In various districts of J&K, many arrests were made and few arrested persons were also booked under PSA by J&K police. In past also, Jammu police officials were able to arrest the culprits in drug related incident, but this menace has reportedly established its tentacles deeply and as a result, district Samba, Kathua, Udhampur areas of Jammu division are also in the grip of this drug terrorism. Police have been trying hard to break the backbone of drug terrorism, but have not achieved complete success till date. On one hand, Jammu police have achieved big success with this latest capturing of heroin worth Rs 100 crores, but on the other hand, poor approach of police in tackling drugs mafia in twin border districts of Poonch and Rajouri has led to sharp rise in drug terrorism. There are many pockets in entire Poonch and Rajouri districts where few people were seen carrying drugs through different means. In Poonch city alone, there are many areas where few youngsters were seen indulged in the business of drugs. Even, few educational institutions are also in the grip of such youngsters. In Surankote and Mendhar tehsils also, there are huge reports of drugs mafia has activated itself strongly and as a result, many youngsters have come in the grip of drugs. Even police officials are aware of such incidents, but, unfortunately poor approach being adopted by police has led to increasing confidence among those who are part and parcel of this business. Those indulged in this business are frequently changing tactics of transportation of drugs to different pockets of Rajouri and Poonch districts. Few use bikes, cars, tractors and related means of travel convenience. Few tempo walas who are selling fruits and vegetables, are reportedly also involved in this business. This nexus is so deep that even few rehriwalas selling different items located at different places sometimes support drug mafia in the transportation of drugs from one place to another. They act in a most silent way, thereby not giving police authorities a clue about how they are running their business in the twin districts of Poonch and Rajouri. Police officials are seen taking action against drug mafia once in a blue moon, but launching a full fledged war against drugs was never seen from police authorities in twin border districts of Poonch and Rajouri. Pakistan and its OGWs are trying hard to capture as many youth they can into this drug terrorism with an aim of breaking the backbone of the country, but poor approach from police officials in tackling this menace strongly in Poonch and Rajouri districts is an alarming sign for the future as far as protecting generation next is concerned. Although many people were arrested in the past, breaking the backbone of drugs always remained a distant dream for police. If other districts are showing a great concern over this matter, then these two border district also need immediate attention of police authorities in launching a full fledged attack on drug terrorism, because this menace cannot be eliminated by adopting a poor approach. All out efforts are needed from Poonch and Rajouri police to eliminate this menace to ensure safety of youngsters who are the future of the country.

PWD spoiling development scenario of the Poonch district with poor quality works; Contractors applying for works on low rates
Is narcissism more important for DC, SSP Rajouri over better coordination in public interest?  No one is above law: DC Rajouri