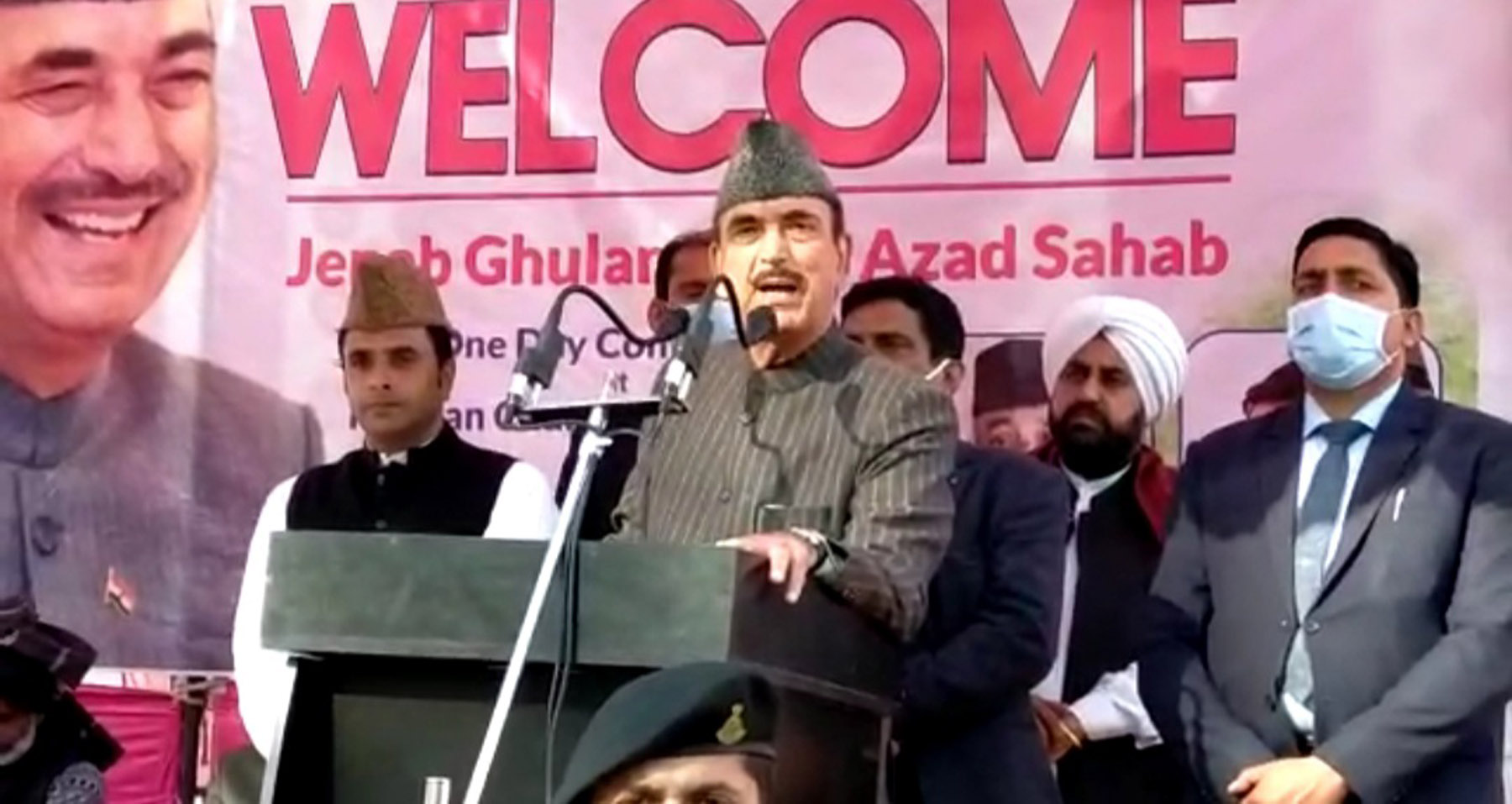 People of Poonch are nationalist and known for their unity among all faiths: Azad

POONCH: Senior Congress leader Ghulam Nabi Azad, said that people of Poonch have suffered a lot after 1947 during various wars with Pakistan and during militancy days, but in spite of facing massive hardship’s  Poonch people never allowed wrong forces to disturb their century old brotherhood. 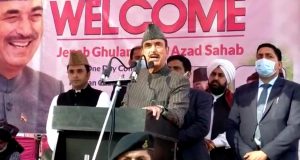 Azad was addressing a rally at Krishan Chander Park Poonch. Referring to Article 35 A, 370 and demand of Statehood, Azad said that he raised the issue of statehood many times in parliament and those forces who are taking a dig at him, also know this fact very well. The issue of Article 370 and 35 A is in the Supreme court, he said. He said the prime duty of any government should be to do justice with people without any partiality.  Azad said that during his days as a Chief Minister, he tried to give justice to all the 22 districts of erstwhile state of J&K. Highlighting his achievements as Chief Minister and Union minister, Azad said that he tried his level best to provide justice to all and this is the only reason that people across J&K love him so much. Speaking on the occasion, Azad said, “I appeal to the union government to announce statehood, finish the delimitation commission and submit a report and conduct fresh assembly elections in J&K because only an elected government can provide justice to all.” He said that people are all alone and nobody is taking care of them. Urging the people to support those leaders who have only one agenda of development and don’t  support people who are creating a divide between the societies. He said that it’s the primary responsibility of any government to deliver justice to all irrespective of any religion or party’s affiliation. He said, India is the largest democracy and everybody should feel proud of that. Referring to the statement of former Prime Minister Indira Gandhi, Azad said, “Madam Indira Gandhi used to say that border people should be protected by all means as during tough situations on the border, it’s the border people who suffer a lot.” Azad lauded the role of Poonch people for maintaining centuries old secularism and said that the whole country should learn from the people of Poonch. Other Congress leaders like Taj Mir, Jahangir Mir, S Rajinder Singh, Ch Mohd Akram, DDC member from Loran Riyaaz Naaz Choudhary also spoke on the occasion and appealed to the people to support those forces who stand for development and secularism.