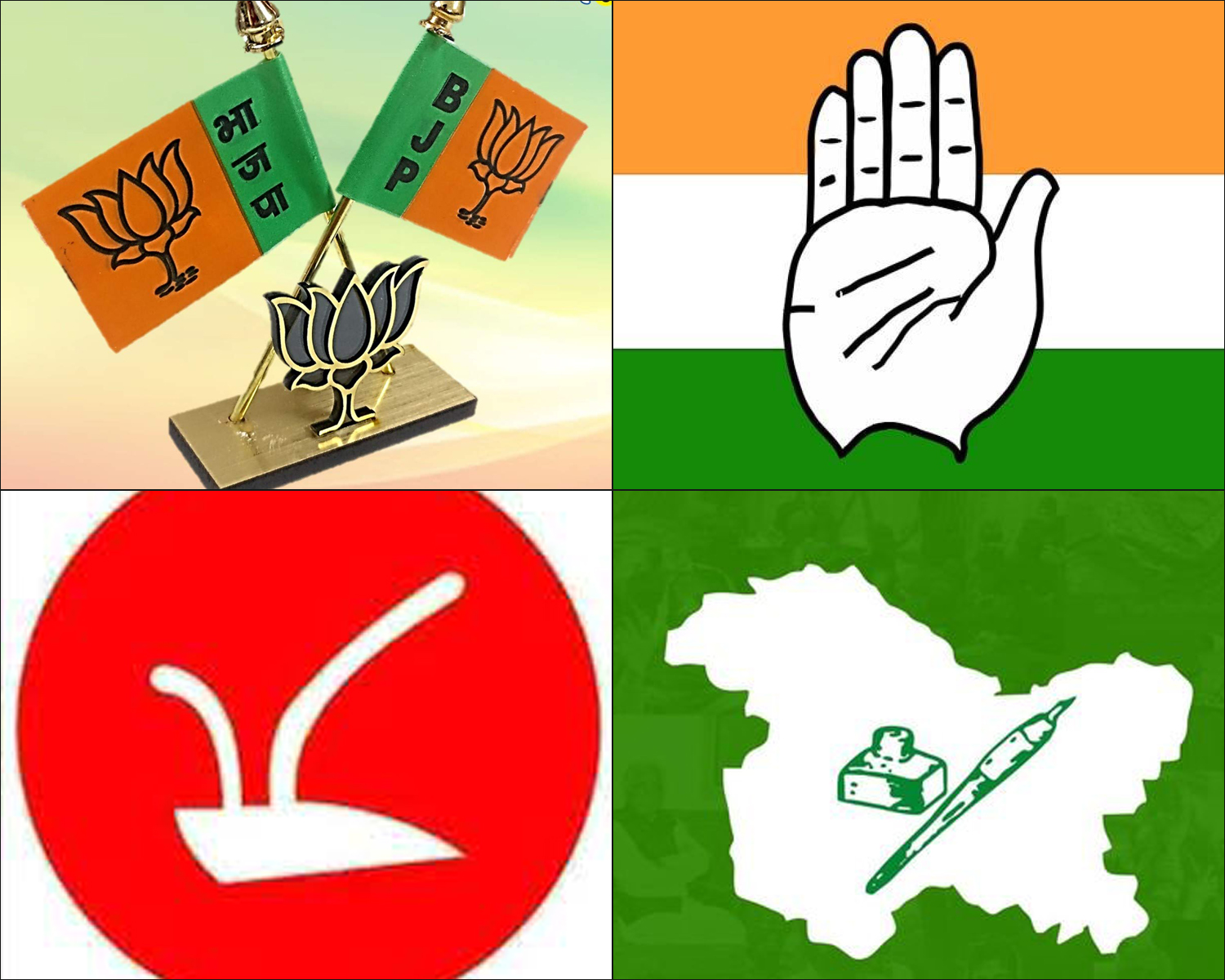 JAMMU: For decades, innocent and nationalist people of Jammu region stood like a rock for the nation, but in return, they were ignored by successive regimes of Congress, PDP, and NC, reason, none of the leaders of Jammu province was blessed with a vision for addressing the problems and formulating a bigger plan for the future of the Jammu region. 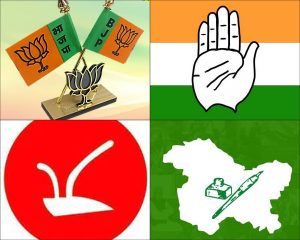 These vision less Jammu leaders from all political parties failed brazenly in solving day-to-day issues of Jammu over the years. High-profile anti social and anti national conspiracies and other land related conspiracies including big financial scams were hatched against the Jammu region by anti-national elements with the neck-deep involvement of a few bureaucrats and leaders who remained loyal to Congress, NC, and PDP. Jammu was completely ignored in getting justice as brainy pro-Kashmir bureaucrats and leaders did their best to gratify Kashmir at the cost of ignoring the sentiment of the Jammu region. Shrewd Kashmir politicians and their few loyal bureaucrats were completely known to the fact that Jammu leaders were brainless and useless when it comes to counter their anti-Jammu propaganda at various levels. BJP was given a huge mandate by the Jammu people in the 2014 assembly elections, but now, people are feeling embittered because Jammu failed to get what it deserved the most. After the abrogation of Articles, 370 and 35 A, the majority of bureaucrats having loyalties for Congress, NC, and PDP leadership are deliberately giving huge inconvenience to the people of the Jammu region with the sole agenda of misguiding Jammu people that this situation has occurred due to BJP’s government decision of abrogation of Article 370 and 35 A. Unfortunately, Jammu-based leaders, especially of BJP,  are unable to counter this extremely dangerous propaganda of few bureaucrats, who remained loyal to Congress, NC, and PDP for years.  The saffron party rose to power by representing itself as a voice of Jammu, completely failing in addressing the issue of the Jammu region. Resentment is brewing in Jammu on some decisions against the interest of the Jammu region. Unfortunate treatment against Jammuites includes tough measures against banquet halls, ignoring Poonch district on account of recent terrorist attacks and closure of main BG highway, Sand mining issues, Brick kiln owners issues, higher corruption level, passenger tax on commercial vehicles, Killing of minority communities people in Kashmir, not shifting Rohingyas out of J&K, ignorance of Jammu candidates in recruitment issues, ignoring national interest issues and few related issues. There are more issues of nationalist interest on which Jammuites are showing their anger, thanks to a well-planned script of few anti-BJP government bureaucrats who are ruling the roost in J&K UT.  However, on ending Darbar move practices, people have appreciated the decision of the government. Even abrogation of articles 370 and 35 A was welcomed by one and all, but on the recent failure of the administration in addressing the issues of the Jammu region,   a large number of people are showing their anger against the Jammu BJP leaders. Jammu, which is known for its rich Dogra culture, unfortunately, has no visionary leader to work for carrying this powerful legacy strongly in the future. Even BJP leaders are irrational and the people of Jammu are finding themselves nowhere. They don’t know where to reach to address their genuine concerns. Even, few bureaucrats of Congress, NC, and PDP ideology seem to have taken everything into their hands and innocent people of Jammu are feeling frustrated. Even, nationalist region of Poonch and Rajouri seems to have been taken lightly by the BJP leadership, because Poonch remained cut from Jammu through the main highway for nearly three weeks and it’s not a normal thing, but none of the BJP leaders showed any concern for Poonch people.  Only Advocate Ankur Sharma, Chairman Ikkjutt Jammu addressed a press conference and questioned the silence of the government on the Poonch issue. Even during the recent visit of Home Minister Amit Shah to J&K, the issue of closure of the main Poonch highway did not figure in the statement made by the Home minister. Still, Police officials have not brought into public domain the whole story of Bhatadhurian encounter and it is questionable.

Prem Nath Koul, a Kashmiri Pandit, while talking to “POONCH TODAY”, said, “Jammu BJP leaders are really brainless. They have no agenda and vision. Some BJP leaders are projecting themselves as the voice of Jammu, but these empty vessels solely depend on PM Modi and Amit Shah only. I have no hesitation in saying that due to the Modi wave, many inefficient people have become BJP leaders and are projecting themselves as an ultimate” added, “Few officers are behaving like dictators. A common man has lost all hopes of getting justice unless Jammu finds a bold, real nationalist, visionary and people accepted leader. The way BJP has been ignoring the issues of national interest in Jammu region; it shows that the saffron party has become a second Congress party.” Few bureaucrats fully know that Jammu leaders are empty vessels as they have no intelligence and a vision to take on bureaucrats other than hitting the media by giving their statements. Jammu leaders from all political parties like Congress, BJP, NC, Panthers Party, Apni Party, and PDP are just chips of the same block having no vision for the Jammu region.  It’s high time for the Jammu people to find a top-class leadership that is blessed with a vision for the future, nationalist approach and to help the Jammu region from the clutches of few doubtful credibility bureaucrats and Kashmir centric leaders, who are playing their role in a partial way. Jammu people are nationalists in character but got nothing for their trustworthy temperament with the nation.

Pardeep still the tallest leader in BJP as too many crooks spoiling the Poonch BJP’s brath
People of Poonch are nationalist and known for their unity among all faiths: Azad