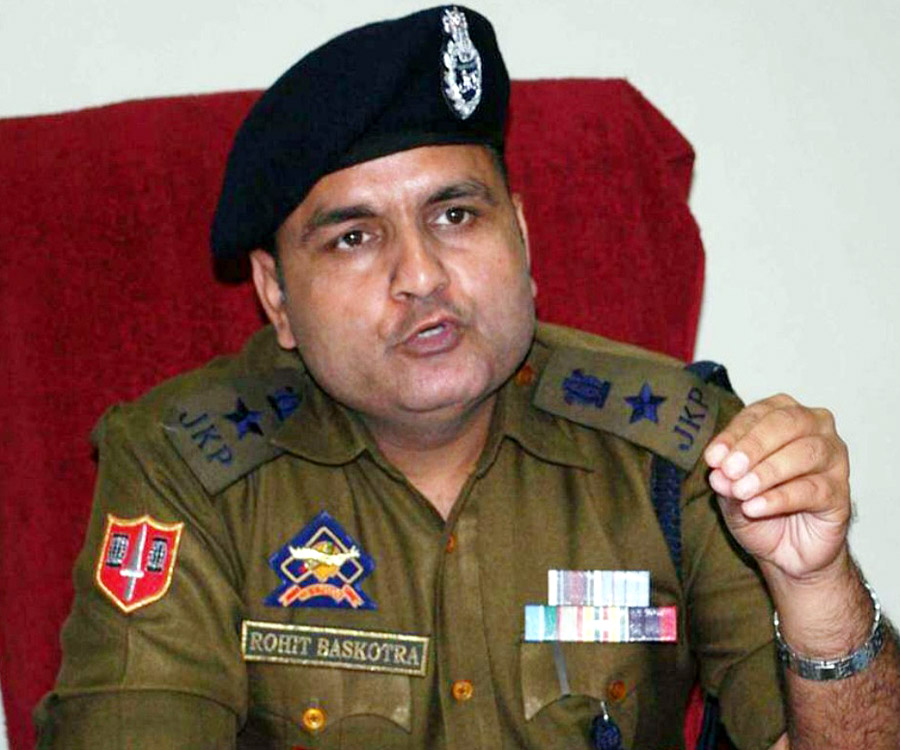 POONCH: Twin border districts of Rajouri and Poonch have got new SSPs. In place of Sheema Nabi Qasba(IPS), Mohd Aslam has been given the job as SSP Rajouri while in Poonch district, reins of district police has been given to Rohit Baskotra, who was  earlier posted as SP CID Jammu. Rohit Baskotra replaced Vinod Kumar who joined as SSP Udhampur. 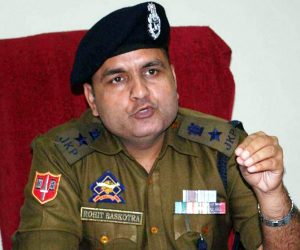 Both the border districts of Poonch and Rajouri are considered as important districts from different security perspectives and it would be interesting to see how both the newly posted SSPs operate in Rajouri and Poonch districts.  Among twin border districts, Poonch district is a more challenging district on account of various evils. “Drug Terrorism” is the biggest ongoing evil which has shattered the dreams of many families because many youngsters have come under the grip of this menace. In the past, few efforts were made by police, but no positive result has come yet as the menace has spread its tentacles in majority of parts of Poonch district, especially in various mohallas of Poonch city. Despite having full information about culprits who are operating from different mohallas, no sincere efforts were made by Poonch police to teach them a strong lesson.  Mastermind persons of ‘Drugs’ are still roaming free and it raises a question mark on police. If the Poonch district has witnessed professional policing, then there were also few SSP tenures which failed to win public confidence, especially the tenure in the second part of 2008 and in the middle part of last decade in addition to few more tenures. During the most challenging last one decade, Ashkoor Wani, Rajv Pandey, Ramesh Angral and Yougal Manhas proved their mettle in Poonch and Rajouri districts and they all have carved a niche for themselves in the eyes of public and in the department. Drug terrorism, tackling militancy, countering anti social and anti  national sentiments, corruption in police stations, and whatever other challenges, these officers proved themselves time and again and going by the past history of Poonch district, coming up to the benchmark established by Wani, Pandey and Angral likely to be an exigent task for new SSP Poonch Rohit Baskotra. Due to few bad chapters in the history of Poonch policing, morale of the public was low, but Pandey and  Angral played their pivotal role and brought the public’s confidence  in police to all time high. The hard work done by both the officers needs to be given further push by the new SSP Poonch. Although, few traditional sycophants of administration, who used to project themselves as ultimate in different fields, mostly play tactics with police eyeing personal interest and such entities need to be paid back in the same coin, because, in their every move, there is always a hidden agenda. Even few government employees present themselves as social workers and used to hoodwink big chairs.  Some want awards, some want to be in the good books of police, some want undue favours and some even want district awards and likewise. Majority of SSPs used to be surrounded by these people who just believe in wasting precious time of officers and by taking photo shots with officers just to show before the public that they are VIPs. Poonch district is very sensitive on all fronts and only a strong professional policing is the way out to deal with all situations, whether bad one challenging as shown by Pandey and  Angral during the last few years. The confidence of people in a few police stations also needs to be strengthened because many police officials remain part and parcel of crooked activities. Poonch district is also known for bovine smuggling and in the past also, many police officers were involved and earned heavily and this area also needs the attention of SSP Poonch. For better professional output, the intelligence grid of Poonch police also needs overhauling as old wines in old bottles proving liabilities rather than assets. The district is highly sensitive and it would be interesting to see how the new SSP Poonch tackles all challenges and wins public confidence through professional policing. Coming up to the expectations of people of Poonch as per the benchmark established by Pandey and Angral, who were known for total policing, would be an extremely challenging task for the new SSP going by the public impression of his starting days here.

Does Farooq Abdullah know the real connotation of the word ‘Communal’?
Is ‘Strong link’ important for a good posting in J&K police or a meritorious performance only? Performance oriented officers deserve reward