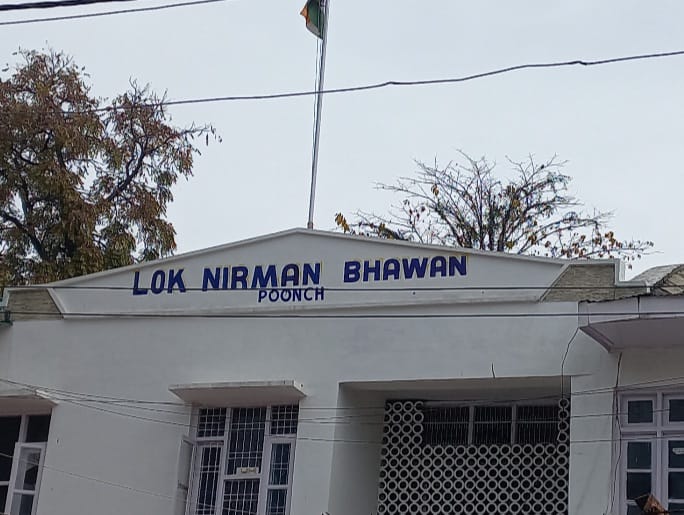 POONCH: Time and again exposed by ‘POONCH TODAY’ that PWD Division Poonch has become an institution of poor governance where ‘Blunders’ and ‘Open frauds’ have become an order of the day, but those sitting at the helm of affairs in PWD seems to be in deep slumber. 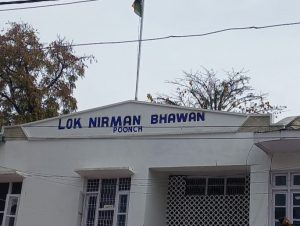 Are they hand in glove with their subordinates in scripting multiple financial frauds? This needs to be investigated. From Poonch PWD division alone and few other Divisions/Sub divisions in border district of Poonch and Rajouri, multiple frauds amounting to thousands of crores were scripted over the years, but no body at the helm of affairs collected the guts to bring those frauds in public domain, in addition  to taking action against the wrong doers. No effort was made even from the government to identify those officials who remained neck deep involved in multiple financial frauds. The list of frauds of PWD in the entire Poonch district is endless. After years, work on the civil secretariat has not been completed yet and this raises eyebrows on the intention of the administration, especially the PWD department. Before 31st December, work on installing the gate at the under construction civil secretariat building was completed in a haphazard manner with an agenda to withdraw the bills before 31st December 2021, but after that, work has been stopped. If an open fraud is going on in Poonch city without any check, then what is expected of PWD in other sub divisions of Poonch district? In response to NIT no 207/2021-22 dated 06-11-2021 regarding work of Safety/Beautification of Betar Bridge, with an approx cost of Rs 39 lac, a contractor won the tender on a low rate of Rs 14 lac, but later refused to execute the work on the ground. Now, rather than taking action against the erring contractor, PWD department again issued the tender vide NIT no  226/2-21-22 dated -7-12-2021 and invited tenders for the same work of Safety/Beautification of Betar bridge, but this time, on a high cost of Rs 44 lacs, was won by a contractor at  a lowest cost of Rs 17 lacs and the work is in progress. Open compromising quality of work is going on. A work, which was tendered repeatedly, first on a cost of Rs 39 lakh and second time on a cost of Rs 44 lacs is being executed at a much lower cost of Rs 17 lacs. Now the question arises, can a contractor assure proper quality of beautification work on Betar bridge with Rs 17 lacs? The answer is definitely no.  Conditions laid in the said tender are not being executed on the ground and it shows that open fraud is going on. From Executive Engineer to lower rung staff, everybody seems to be involved in multiple frauds. Same is the condition of PWD Divisions Rajouri and Nowshera where PWD officials have introduced multiple frauds, but are reluctant to show their so-called performance on the ground, fearing exposure of their brazen misdeeds. Considered as a backbone of administration, PWD department in twin districts of Poonch and Rajouri have become an institution of blunders and a high level inquiry is needed against this department for openly murdering government exchequer in several crores through different schemes.