JAMMU: For decades, Pakistan played every move to brainwash the Kashmiri people and to some extent, ISI tasted success in their missions, but after the abrogation of Articles 370 and 35-A, Kashmiris have realized that they remained victim of false propaganda of Pakistan and after realizing their horrible mistakes, people across Kashmir now have started giving cold shoulder to Pakistan propaganda and latest in this act  is that the people  finally shown a fondness for the big move on February 5 last month, when they observed the day as ‘Pakistan Fraud Day’ to call the bluff of Pakistan’s so-called Kashmir Solidarity Day. 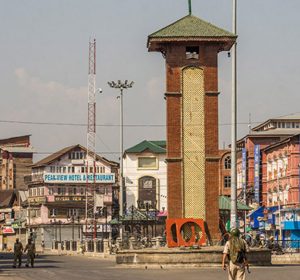 Such a move did not come without a basis. After the abrogation of Articles 370 and 35-A, people have seen drastic changes on the ground as far as development is concerned. Massive development touching every area has started in J&K and Kashmiris have started recognizing that very change. After decades, elections to second and third tiers of democracy were held in which powers have been given to the people at their doorsteps. Kashmiris are openly saying that how can a nation which itself stands on the crutches and is heavily dependent on several nations for economic and other assistance, extend solidarity to them. Kashmiris have understood the ulterior designs of Pakistan to leave them in a lurch, in the garb of ‘solidarity’. Moreover, Kashmiris are not going to forget the humiliation that Pakistan led them through all these years. They recall the systematic annihilation of their education system by the malevolent forces (read ISI), of Pakistan. During the last more than two decades the militant organizations also issued fatwas that students need to associate with so-called ‘Jeħad’ and take-up weapons. Closure of academic institutions impeded their progress in every field leading to devastation. This was the kind of ‘solidarity’ extended by Pakistan. Who will explain what kind of ‘solidarity’ Pakistan extended when it directed the separatist leaders like Syed Ali Shah Geelani to issue the ‘Calendar of Bandhs’. Kashmiris have witnessed numerous Bandh calls which only meant going through miseries and harsh treatment of militant organizations if somebody violated them. Not only the student community, these Bandhs affected all sections of the society equally; be it the business class, transporters, pharmacists, small shopkeepers etc. When the Kashmiris recollect those horrifying experiences, it sends a chill to their spine. Pakistan targeted the youth of the Valley and indoctrinated them over the years towards the militancy and the idea of so-called ‘Azadi’. Kashmiri parents have always yearned that their children should obtain good education and lead a decent and virtue-based life. But Pakistan had other plans for the innocent children. They exported the gun culture and started radicalizing the youth by mal allurements. Another form of expressing solidarity was introducing drugs into the Valley. In some cases, drones were also used to smuggle narcotics from across the border. Pakistan was now targeting Kashmiri youngsters by making them addicted to drugs. First giving arms training and later spoiling the youth with drugs ensuring Generation-Next of Kashmir is ruined could also be called a ‘solidarity’ gift.

Let us take a look at what was the response to Pakistan’s propaganda in the world capitals. The Kashmir desk set up in its various missions to push various propagandas did not achieve anything. The Mission heads conveyed to the Foreign office in Islamabad that despite a large spending on proposed programmes there was hardly any attendance of the host country guests. Even the Pakistani Diaspora did not turn up as they saw the futility in such attempts. Pakistani missions in the OIC countries had similar reports for the foreign office. The Inter-continental hotel in Kabul refused to host the ‘Kashmir Solidarity Day’. Left red faced, the Pakistani mission in the Afghan capital wrote to the Afghan foreign ministry to protest against the cancellation claiming that it was done on the “instructions given by the Afghan government.” The day received jolts from unexpected quarters also. Scores of native Pashtuns protested in front of the Pakistan embassy in Afghanistan while it was trying to hold a Kashmir Solidarity Day function. The Pashtuns were protesting the continued detention of Pashtun Tahauz Movement leader Manzoor Pashteen by Pakistan. The protest resulted in cancellation of Pakistan’s plans for the day. It raises questions as to why Pakistan is not applying the ‘solidarity’ ointment to its Pashtuns when they need it most in the present times. The drama, however, proved to be intolerable for some well meaning citizens of Pakistan Occupied Kashmir (PoK). Several people there condemned Pakistan for observing Kashmir Solidarity Day and. on the contrary marked the day as “Fraud Day”. Protest rallies were held across PoK in areas like Bagh, Mong and Hajira where the people lambasted Islamabad for its double standards on Kashmir. Though still alive for Pakistan and ISI, the day seems to be counting its last breath as ordinary public in Pakistan have started getting disillusioned from the issue. Pakistani people now consider it as the state’s antic to deflect popular attention from more important issues like unemployment, inflation and law & order.

The propaganda-cum-instigation project has failed to yield the desired results for Pakistan. Notably, Pakistanis have nothing to celebrate on Kashmir Solidarity Day except some discounts on shopping. They are interested in the day only as it provides them a public holiday. In Kashmir, young activists in their address on February 5, said that Srinagar has better facilities than even Islamabad, so what kind of solidarity is the Pakistani establishment talking about? In line with the trend of the last few years, people  took out a large procession in Handwara and Bandipora districts displaying placards and raising slogans against Pak-sponsored militancy. They also urged Pakistan to stop cross-border terrorism and refrain from interfering into their affairs. Jammu Kashmir Youth Development Forum, a Srinagar-based NGO organised a ‘Pedal and Peace March’. It sent a loud and clear message to Pakistan that Kashmiris do not want any kind of solidarity from them as they are capable enough to steer their way to the development process and achieve the objectives without any kind of external support. Having learnt from history, Kashmiris have now asked Pakistan to express ‘solidarity’ to Baluchis and Sindhis who needed it the most. A pathetic treatment to its own people and extending the olive branch of sympathy to Kashmiri people has served as eye-opener to them. Sindh has not even been assimilated fully with Pakistan. A reckless treatment of Baluchs and stripping them of their basic rights cannot be overlooked. The Chinese have snatched the livelihood of the poor Baluch community under CPEC and Pakistan is a mere spectator. They cannot even accommodate the aspirations of their own people but as a state policy they extend solidarity to Kashmiris. The Kashmiri people have decided to educate and awaken their community and continue to expose Pakistani lies and designs and move ahead in their quest of peace and prosperity by standing strongly and being a proud Indian citizen as they have now openly saying that “We are Indians”

Khairyat Patrol – An initiative of the Indian Army for the people living in remote areas along Line of Control
Epicenter of terrorism Pakistan deserves to be in FATF black list rather than grey list; Pak unlikely to come out of ‘Grey list’