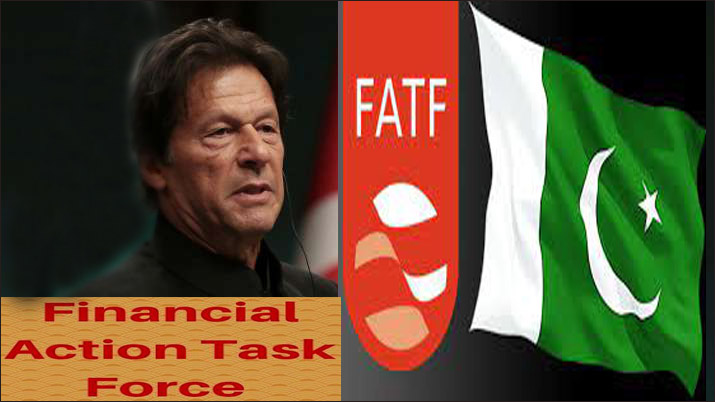 POONCH: As the Plenary Session of FATF in Paris is currently going on up to the time of filing this story, it would be interesting to see what FATF has stored for Pakistan, a nation which perpetrates terrorism and has become an epicenter of global terrorism. 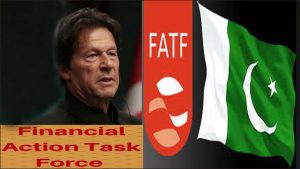 It is pertinent to mention here that Pakistan was included in the ‘Grey list’ by Global Terror Financing Watchdog(FATF) in 2008 for the very first time, but Pakistan came out of it in 2008. In 2012, Pakistan was included again in ‘Grey list’, but Pakistan managed to come out of it in 2015, but in June 2018  Pakistan was included in ‘Grey list’ third time and from then onwards, Pakistan continues to be in grey list, but the epicenter of terrorism deserves to be in black list for promoting global terrorism as this very nation has also become a threat for peace throughout the world. Due to falling in the ‘Grey list’, Pakistan is unable to get funds from IMF, World Bank, Asian Development Bank and other European nations. If Pakistan fails repeatedly to come up to the expectations of FATF, then Pakistan is likely to see its name in black list. To come out of the grey list, Pakistan needs the support of twelve (12) nations out of thirty nine (39) FATF member nations, but Pakistan is not getting the required support. Yes, Pakistan is getting the support of three nations which are mandatory for not inclusion in black list and these nations are China, Turkey and Malaysia. If FATF puts Pakistan in black list, then Pakistan would become the third country to be a part of the blacklist member countries along with China and North Korea. USA and France have played a key role in ensuring that Pakistan should remain in the grey list rather than coming out of it.  As terrorism was started expanding its tentacles in different parts of the world from Pakistan and a few likewise countries during the late 80’s, this forced the G-7 countries in 1989 to form an international organization with the name FATF(Financial Action Task force) and its head office was opened in Paris. This international organization was formed to check money laundering, smuggling of weapons, putting curbs on terrorism and having an eye on militant’s organizations which were getting financial support. FATF used to conduct meetings thrice in a year and this time, Pakistan deserves to be in black list and if that happens, international organizations and renowned financial institutions of the world will stop funding Pakistan and it would prove a big disaster for Pakistan which has become an epicenter of terrorism in the world. Although, Pakistan has been trying hard to come out of grey list, but the nation, which perpetrates terrorism openly has failed brazenly in achieving success. The FATF officials have observed that Pakistan has failed in implementing various standards across several areas and it would prove costly for Pakistan. The officials also observed that Pakistan has failed to introduce tough laws at domestic level aim at punishing those militants who are involved in money laundering and terror financing. Pakistan is not being run by an elected government on the ground, but ISI and Army are running the country from behind the curtains which has made terrorism an act of its state policy. Global Terror Financing Watchdog (FATF) is having a hawk’s eye on every movement in and out of Pakistan establishment which is promoting global terrorism and its is mostly unlikely that Pakistan will find success in coming out of ‘Grey list’ rather than, there are strong indications that Pakistan may come in ‘black list’ sooner than later for promoting global terrorism ideologically and by other possible means.  The strong global diplomacy of India in exposing Pak evil designs has been paying heavily in India’s favour as world has almost acknowledged the fact that Pakistan is really an epicenter of terrorism and this needs to be tackled in a strong way.