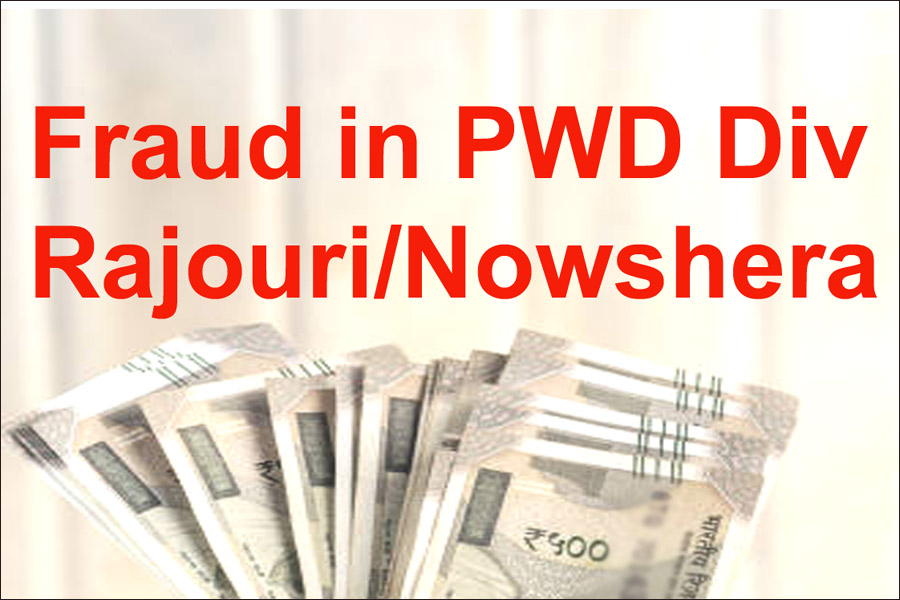 POONCH/RAJOURI: Insiders told “POONCH TODAY” that this store scam in PWD divisions  Rajouri and Nowshera is just a tip of an iceberg as many such bigger scams in crores are still lying beneath the carpets and all-out efforts are needed from anti-graft agencies to book those crooked officials who remained part of this high profile financial crime. 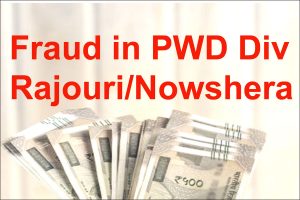 It’s a big question mark on the offices of S.E PWD Rajouri, Chief Engineer PWD Jammu, and the office of Commissioner /Secretary PWD for their silence on reported matters of corruption. In the last edition of this newspaper, we presented the initial details of a massive scam in PWD stores Rajouri and Nowshera divisions. Carrying on further, massive blunders were scripted by Storekeeper with the full help of JEs, AEEs and  Executive Engineers.  More than Rs 90 crores were booked in PWD store Rajouri against material and Rs 58 crores were booked in Nowshera division by PWD authorities. On paper, there is no record available of material used in several projects. Even, in many cases, material payments were not detected from the final bills passed in favour of the majority of contractors in lieu of hefty commissions earned by PWD authorities. Many costly construction related items were sold outside by tainted officials of PWD. Sometimes, fraud bills in several lacs were also excited on the name of material payments openly by X.ENs, AEEs, JEs and others in Rajouri and Nowshera divisions. Sensing trouble, both the Executive Engineers earlier played a smart move and ensured their transfer from Rajouri and Nowshera divisions. Even their successors also failed to bring those frauds in public domain when various persons approached the department under the RTI act. Highly placed sources inside the department told “POONCH TODAY” pleading anonymity that under a well planned conspiracy, Executive Engineer and Storekeeper, to save their skins, provided a fudged and tampered record to few applicants with an agenda of hiding their multi crore scam.

Biggest shocking factor is that, despite claiming more than 140 crores rupees in books in PWD stores Rajouri and Nowshera, authorities have failed to justify their claims as the majority of records are not available in the divisional office. It shows how, erring PWD officials over the years murdered government funds openly. When a query related to firms who provided materials to different PWD stores was raised, PWD authorities again failed to provide the record, reasons, record of quotations from different firms for providing material to PWD stores is also not available and this shows that how Executive Engineers are trying to hoodwink all by not providing the information desired. This  points towards a bigger scam in several crores and it also shows that PWD Rajouri and Nowshera divisions  remained a “Goldmine” for tainted engineers who are involved in many multi crore scams openly, without caring for anybody. In addition to this store scam, PWD Rajouri and Nowshera divisions are still scripting many big scams with the deep involvement of the offices of Superintending Engineer and Chief Engineer Jammu which are also likely to be in several crores. A top Engineer is also planning to open a stone crusher in Poonch district after retirement which is due this year. IT shows, how tainted engineer used to murder government exchequer and then use that for their personal comforts (To be continued…)