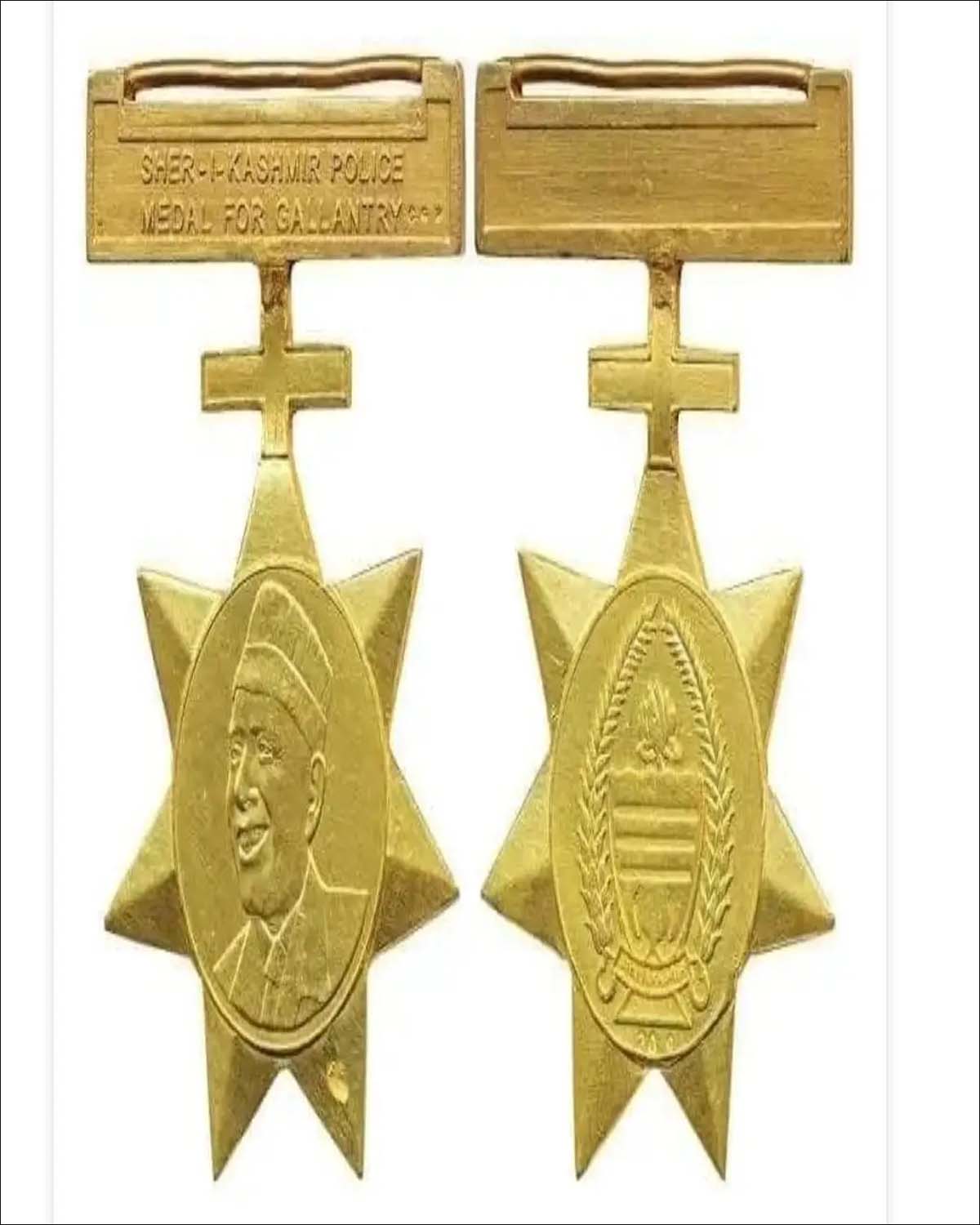 POONCH: National conference, which remained a strong political force in J&K, from the time of Late Sheikh Abdullah to Omar Abdullah, is now facing the most toughest time of its decades old political legacy, because, the other day, the J&K government has taken a big decision in which police medal for gallantry and meritorious services which were on the name of Sher-E-Kashmir has now been replaced with National emblem having no image of Sheikh Abdullah embossed on one side of the medal.

As per order no 151- Home of 2022 dated 23-05-2022, the government ordered “It is hereby ordered that in modification to the Para 4 of Jammu and Kashmir Police Medal Scheme, the Sher-E-Kashmir Sheikh Mohammad Abdullah embossed on one side of the medal shall be replaced with “The National Emblem of Government of India” and the other side inscribed with the J&K State Emblem shall be inscribed as “Jammu and Kashmir Police Medal for Gallantry” and “Jammu and Kashmir Police Medal for Meritorious Service” in case of Gallantry/Meritorious Medal, as the case may be. This decision of the government has invited sharp criticism from Kashmir based political parties. The repeated tough gestures by the BJP led government at the centre is a clear indication that the union government wants to rewrite a new history in J&K and all the controversial chapters which played a big role in creating an anti national narrative will be removed strongly. The other day, former Dy.CM Kavidner Gupta also demanded that the name of SKPA Udhampur, third Tawi bridge at Jammu and SKUAST should also be changed as Sher-e-Kashmir has no significance and all important institutions should be named after martyrs and important personalities who have played their role for the nation building.  After the abrogation of Article 370, BJP led union government took many tough decisions in J&K, but the latest decision aim at changing the political history of J&K is a clear indication that the government is not going to stop here as it has given an impression to all that there should be no more politics on the name of ‘Sher-E-Kashmir’. It has just started an exercise of writing a new history behind the curtains where national interest would be the only priority for the BJP think tank. On one hand, Kashmir based political parties have shown their utter displeasure against the decision, then on the other hand, Abdullah’s have preferred to maintain a silence reason best known to them. Few months back, the government decided to rename schools on the names of prominent personalities of the areas and that decision was appreciated by one and all and it seems that the government has decided to rename all institutions having prefix of Sher-E-Kashmir with new names of those who have played their role for the nation. J&K BJP president Ravinder Raina, while speaking on this decision, said, “Hale tee shuruwad hai. Aage aage dikho, ki ki Hunda hain”.

Professionally strong police officer refuses to obey the orders of senior boss regarding fiscal favoritism
“Dama Dam Mast Qalandhar’ and Poonch administration made for each other; Only misuse of government exchequer, development nowhere