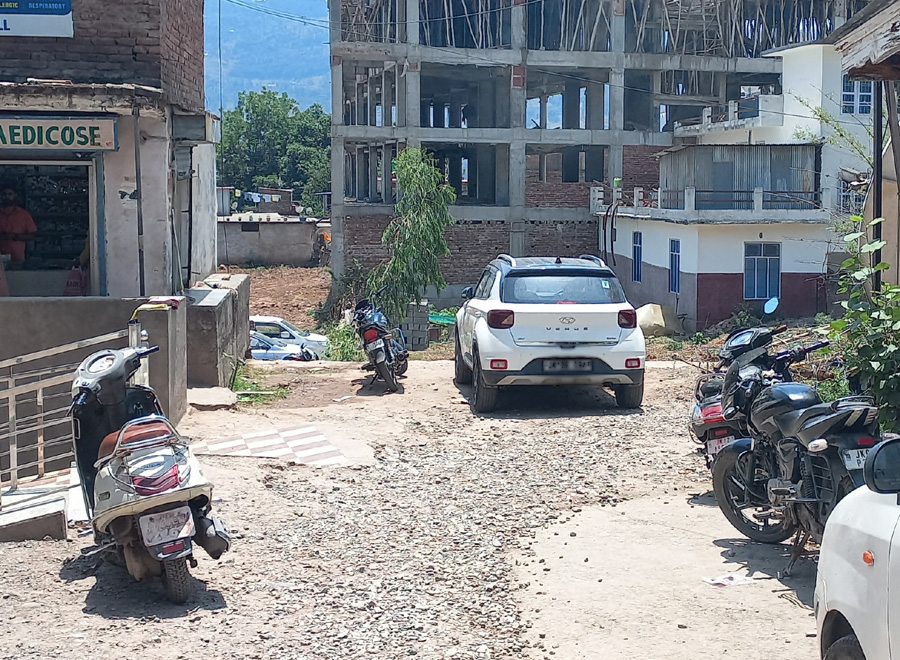 POONCH: Health department Poonch has become a department of blunders, reason few officials who are holding important positions murdered government exchequer in several crores and in that list comes another open fraud in which a sitting officer who is heading the department has not allowed anybody to construct a boundary wall near X-Ray room to ensure flourishing of medical business of her family. 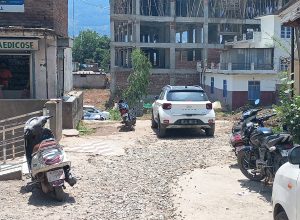 Although the Raja Sukhdev Singh hospital has a boundary wall from all angels, the boundary  wall has not been constructed behind the X-Ray room, because few medical businesses are operating from there which reportedly belong to the top official of the health department. In the past also, many attempts were made from hospital authorities and administration, but every such move was hijacked by the personality in question. Is there no rule for top officers? When the administration has  ensured boundary walls from all angles, then why has this area been left deliberately unattended for decades. This raises a big question mark on DC Poonch who has visited the premises of Raja Sukhdev Singh hospital time and again, but failed to detect this open fraud which has been going on for long. Few top officers of the health department are involved in the medical mafia and this is the reason they remain silent. Even the most prestigious project of setting up Jan Aushadi Kendra was not allowed to operate by tainted officers of the health department for a long time, because they were eyeing commissions from the medical mafia. Sources in the health department told “POONCH TODAY” that these shops belong to the top officer’s family and that’s why nobody dares to come openly against her, what to talk of raising the issue of construction of a boundary wall to completely block the entry of persons from backside. People are raising eyebrows on the working of DC Poonch and Medical superintendent Raja Sukhdv Singh hospital Poonch  as the senior officers have failed to ensure construction of a boundary  wall near the X-Ray room to ensure complete 100% protection inside the hospital. Will the top health officer accept her fault or will continue to indulge in arrogance by not allowing the administration to construct a boundary wall near the x-ray room?