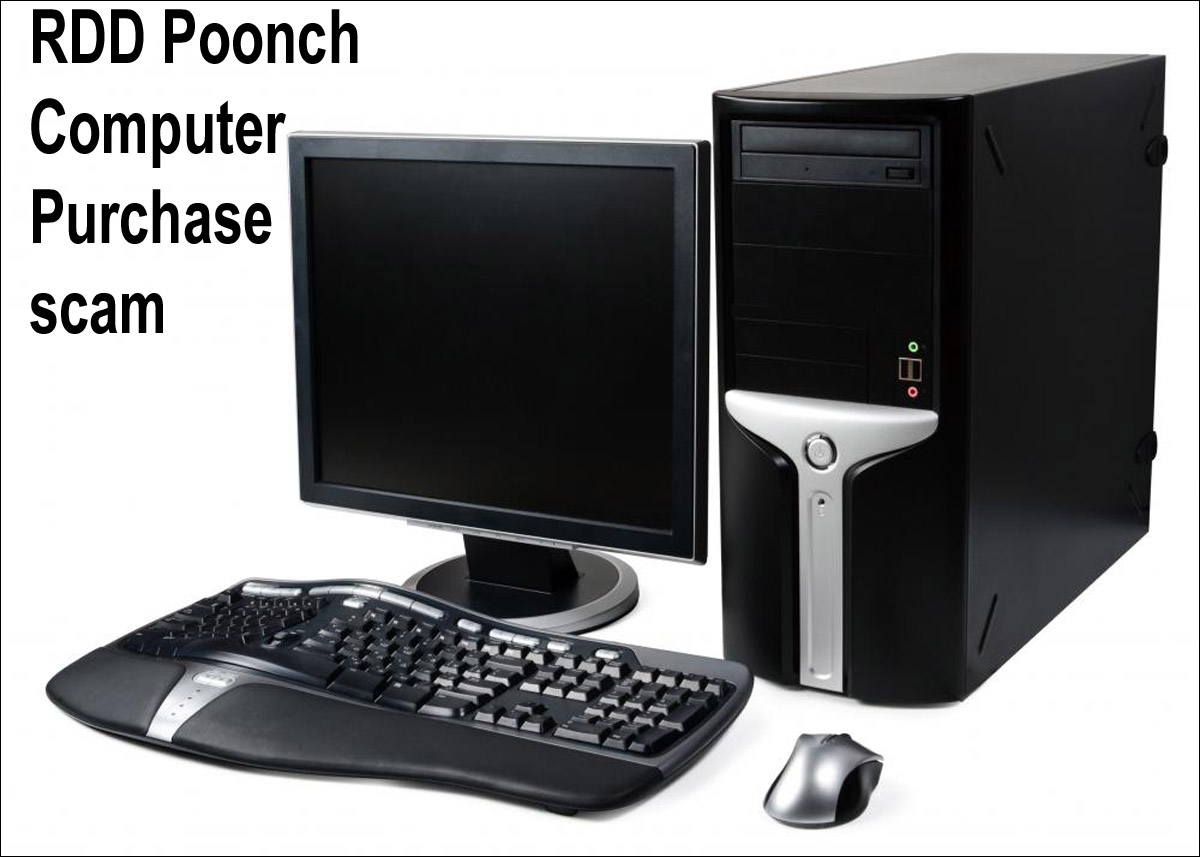 POONCH: After exposure of multiple scams in Rural Development Department Poonch by “POONCH TODAY” newspaper, another scam has been exposed and this is related to purchase of computers in Panchayats. 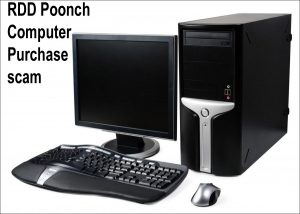 To strengthen the Panchayati raj institutions at Panchayat level, a decision was taken by the department under 14th FC to provide a computer set to every Panchayat as per the desired on board configuration and the rate per computer as per the latest configuration was fixed at Rs 80,000. Insiders in the department told “POONCH TODAY” that the majority of Panchayats were forcefully directed by ACD, BDOs to transfer computer amounts to the account of suppliers without following the formalities. Few Panchayats objected and refused to transfer the amount while in some Panchayats payments were transferred to the account of the supplier without getting the computers on ground. Those, panchayats which got the said computer don’t know about the configuration given by the supplier and this shows that Rs 30,0000 to 40,000 per computer out of Rs 80,000 was misused by the top department officials which include BDOs and ACD. Majority of government officials are not aware of computer on board configuration and rates increases if one wishes to use the latest configuration, but the top RDD officials took advantage of this lack of knowledge among lower rung officials and directed the suppliers to provide computers with normal configuration, by this way, more than 50% of the required amount  was misused and went into the pocket of tainted officials as commission. Few Panchayats were forcefully directed by top RDD officials to purchase computers from wherever they can. Even, out of the way payments were made through GEM portal, but in reality, rate of computer with normal configuration comes to nearly Rs 30,000 and this shows that how RDD officials murdered government exchequer. Still some Panchayats have not been given computer sets, but funds were transferred in advance to the account of suppliers eyeing commission by top RDD officials. Moreover, to strengthen Panchayati Raj institutions, government created post of Panchayat Account Assistant and after getting recruited as PAAs, majority of Account officials are sitting idle in BDO, ACD and PRI offices as tainted RDD officials never allow them to work in Panchayats to ensure transparency at Panchayat level. Even elected PRI representatives are fully sheltering tainted RDD officials in this case and it shows that a strong RDD nexus never allows Panchayat Accounts Assistants to interfere in their working which included eyeing massive commission from every work. Assistant Commissioner Panchayat, ACD office, BDOs are neck deep in the ongoing frauds in the department. In yet another sensational disclosure, few lower rung RDD officials have been working as BDO behind the curtains in Loran Block and control everything. Reportedly, they are involved in brazen misuse of funds from various schemes and fake purchases of various items for onward delivery to Panchayats. On paper, they have purchased huge items for various Panchayats amounting to several lakhs of rupees, but on ground, nothing is visible and this shows how the state of affairs of RDD are going on from lower rung level to the office of ACD. A high level inquiry is needed by ACB/CBI into brazen misuse of government funds which have been going on in RDD with the full involvement of GRS, Secy Pyts, Technical Assistants, JES, XEn REW, BDOs and ACD office.