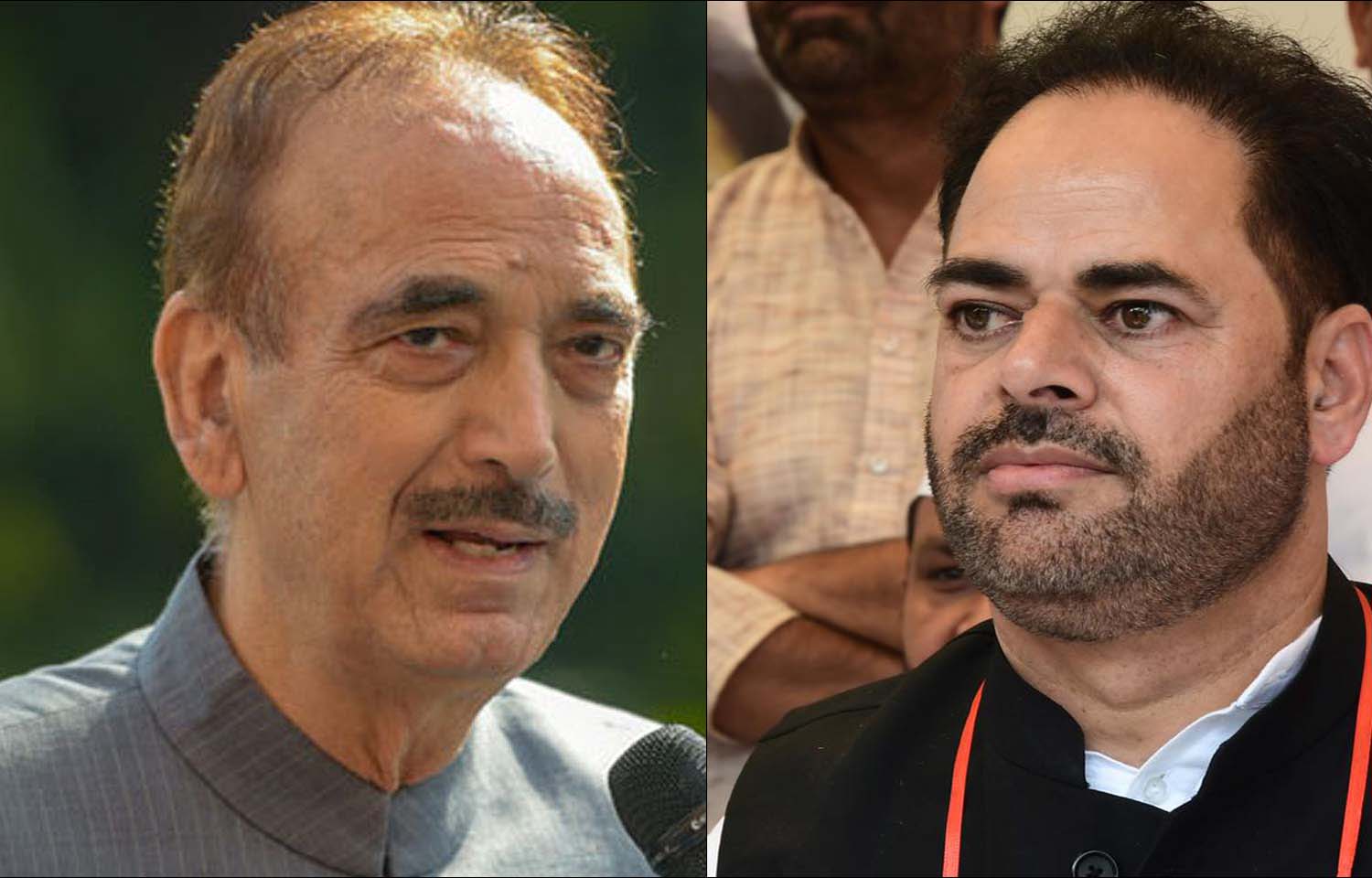 Where does Congress stand in J&K after Azad’s exit? Vikar Rasool launches all out attack on Azad as PCC chief

POONCH: PM Modi praising Ghulam Nabi Azad in parliament a year ago was a clear indication that something was going on politically behind the curtains. 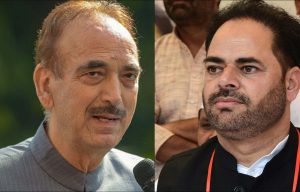 After the abrogation of temporary articles 370 and 35-A, all Kashmir based leaders were taken to task by the union government, but only Azad was free and was enjoying better relations with the union government. In J&K, Congress remained maximum dependent on Azad and this was proved number of times, but after the exit of Azad from congress, many Congress leaders who were given respect and prosperity with the help of Ghulam Nabi Azad, have now started leaving the Congress party to stand with Azad. Big names like former Dy CM Tara Chand, former Ministers Taj Mohi-Ud-Din, Peerzaada Mohd Sayeed and Dr Manohar Lal also left Congress in support of Azad. Earlier, in a five page press statement, Azad used very strong words against Rahul Gandhi and his close ones and said that he briefed Congress chief many times to strengthen the party at grass root level, but all his suggestions were not considered and he left with no option to leave the party, after facing humiliation. Because of Azad, Congress won by-elections from Poonch haveli constituency in December 2007, when Jahangir Mir overpowered other contesting candidates. In 2014 assembly elections Azad helped Ch Mohd Akram wining Surankote Constituency. Azad helped Congress form the government in J&K twice during the last two decades with PDP and NC. Even in Rajouri district, Congress won Kalakote,  Nowshera and Manjakote seats with the influence of Azad during the last two decades. Azad enjoys huge influence in Chenab valley also and it would be interesting to see how things unfold for the congress in future. From Poonch district, big names like Ch Mohd Akram, ex-MLA; Riyaaz Choudhary, DDC Loran and Imran Zaffer, DDC Mankote have resigned in support of Azad, but on the other hand, Shahnawaz Choudhary, DDC Surankote-A was seeing playing the policy of attacking Azad just to please Rahul Gandhi. From Rajouri district also, many big names are likely to join Azad camp. In Poonch district, only big names like Jahangir Mir, Taj Mir and Nayeem Mir are still with Congress. Jahangir Mir and Taj Mir enjoyed healthy relations with Azad, but after the exit of Azad from Congress, Mir’s have not issued any statement till yet. Among the Pahari community, Azad is not so popular because many people belonging to the pahari community told “POONCH TODAY” that Azad never supported the cause of paharis and due to this reason, pleasing paharis would be a difficult task for Azad.  Political observers believe that the exit of Azad from Congress will have a big impact on Congress prospects in J&K politics. Ch Mohd Akram who won on Congress mandate in 2014 elections, is likely to fight on Azad’s mandate from Surankote and he is considered as a heavy weight in Surankote politics. Congress in Mendhar remained a weak force and now with the exit of Ch Imran Zaffer, Congress is likely to face massive challenges in tehsil Mendhar. In Poonch haveli constituency, Congress despite having big names like Jahangir Mir, Taj Mir and a few others, is being considered as not so strong contender to win the haveli seat. Similarly, In Chenab valley, Azad is expected to give a big jolt to Congress.  This would be an open war between Congress and Azad group and it will help other parties, especially BJP in winning maximum seats. There are also reports that NC and Azad will announce pre pre-poll alliance and may later support BJP if this Azad-Dr Farooq duo manage to win respectable seats.  Congress on the other hand, under its new PCC chief Vikar Rasool has started an all out attack on Azad by saying that Azad is a “B” team of BJP. Vikar Rasool is a young and an aggressive leader and it would be interesting to see how he leads his party to perform better in coming elections. Visible closeness of Ghulam Nabi Azad with the union government has given sleepless nights to Abdullah’s, Mufti’s, Apni party and Congress in J&k. Azad is likely to launch his new party on 4th of September at Jammu where he is expected to address a massive rally and his new political initiative is likely to demolish opposition parties more, which have already divided.  Azad’s new role in J&K politics seems to be a well planned one and not an accidental move, said political observers close to ‘POONCH TODAY” newspaper. Will Azad prove a heavy weight politician over Vikaar Rasool’s Congress and other opposition parties of J&K? Only time will tell.

Should Raja Sukhdev Singh hospital be declared as a first aid referral hospital?Doctors prefer private practice; CMO, MS dozing off
BJP’s plan to make a “CM from Jammu” in J&K  UT is working properly; Ravinder Raina will lead the J&K BJP for the third time