Latest News
Mishandling of power! Pleasing top bosses by gruelling individuals without investigation has become a new mantra of the Poonch Police; DGP’s intervention  needed93 Infantry Brigade authorities fail to strengthen the spirit of the sports with unprofessional approach; One mismanaged hockey event mar successful Link up day celebrationsWith Panchayat and Local Bodies elections due next year, assembly elections in J&K are likely to be put offCredibility of the Poonch administration has reached a frightening low due to reports of intensifying dishonestyPUBLIC NOTICE “POONCH TODAY” bold journalism is totally based on an impartial and investigative nature
More than 50 thousand Paharis likely to attend Amit Shah’s rally at Rajouri expecting an announcement on ST status – Poonch Today 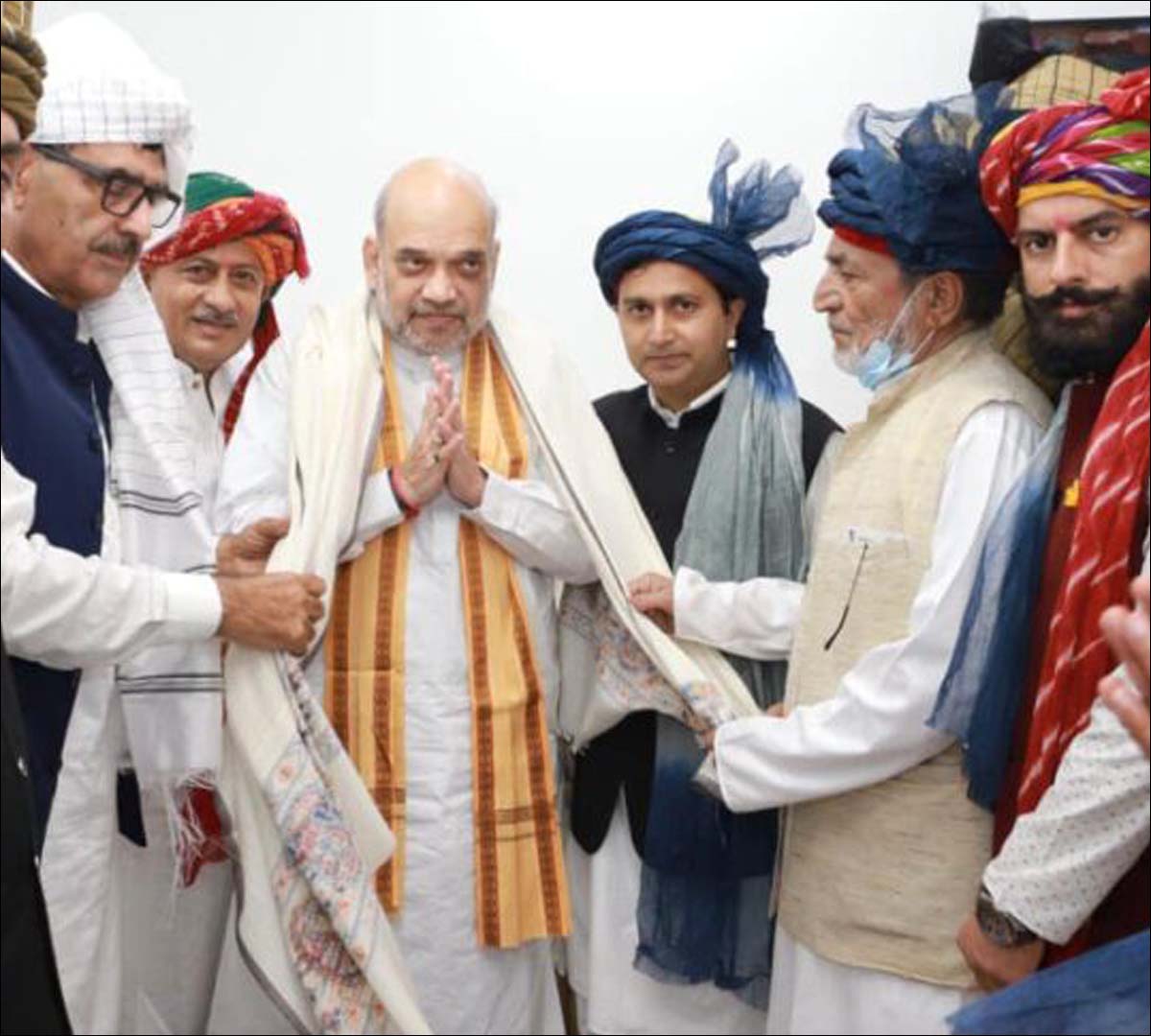 POONCH/RAJOURI: The Union Home Minister Amit Shah will address a rally at Rajouri and Baramulla during his coming three days tour to J&K UT and this tour has given a big hope to the people of Pahari community as far as their demand of granting of ST status to Pahari speaking people. 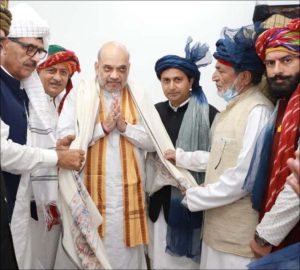 This demand remained in limelight for more than three decades, but none of the political governments in erstwhile state of J&K and at centre mustered the guts to grant the same, due to political compulsions.  It is pertinent to mention here that during his previous visit to J&K UT, the union home minister   gave a pleasing statement in favour of Paharis and said that the future Chief Minister would be from Paharis one day. This statement increased the hope among Paharis that the BJP led government will grant much deserved ST status and political reservation to Pahari people soon. Ahead of this rally at Rajouri, people from Pahari community are seen organizing various meetings in every nook and corner of the twin border districts, but at the same time, a war of words has started on social media between people from both the Gujjar and Pahari communities. If Paharis are expecting a positive response from the government, then on the other hand, Gujjar leaders are seen lodging protests on roads and on social media against granting ST status to Paharis. It is important to mention here that Paharis stood strongly with the nation through good and bad times, but this tribe was not given its due status. In 1990, when J&K government recommended Paharis, Gujjars and Gaddis/Sippis to be included in ST category, the then Kashmiri leaders played wrong move and instigated the Gujjars to object granting of ST status to Paharis tribe and they succeeded in their mission and denied Paharis their due share. For about three decades, Paharis have been fighting for their genuine cause, but the majority of state and union governments played politics over the years and denied Paharis their much needed ST status. After a long struggle, Paharsi were given 4% reservation by the J&K government, but the main demand of Paharis is ST status and  the BJP government at the centre is likely to grant them before the assembly elections. There are more than seven lakhs Paharis in Poonch and Rajouri belt alone and they never stood against the national interest and are real border dwellers. During various wars with Pakistan and during the militancy period also, Paharis played a big role in the establishment of peace. On one hand, Paharis, along with Gujjars protected the border and never allowed militancy to spread its tentacles in Poonch and Rajouri belt and stood strongly with the national interest, but on the other hand, huge conspiracies were hatched against Paharis by questioning their integrity for the nation and such forces are not aware of the selfless contribution of the Paharis for the nation. Even few political leaders of Poonch and Rajouri  involved themselves in vote bank business with Paharis and never supported their genuine cause.  This tribe never restored to any means inimical to national interest but were given step motherly treatment by successive regimes. Paharis are fighting for  ST status and it is likely that the BJP led NDA government at the centre will fulfill their demand. Pahari speaking people of Poonch, Rajouri, Uri, Karnah and other areas have been fighting for long and it is highly likely that the BJP government shall grant ST status which was pending for them for over three decades. A Pahari leader wishing anonymity told “POONCH TODAY”, “We have full faith in Modi Ji and Amit Shah Ji and we are hopeful that they can provide us justice and we are hopeful that we will get it soon.” Meanwhile, huge preparations are going on to ensure the success of this rally at Rajouri. There is huge enthusiasm seen among people from the Pahari tribe and It is likely that more than fifty thousand people will attend the rally at Rajouri on October1. Many prominent political leaders leading from the front like  BJP president Ravinder Raina, Mushtaq Bhukhari(Ex Minister), Vibodh Gupta(Ex MLC), Pardeep Sharma(Ex MLC),  Iqbal Malik(DDC), Sohail Malik(DDC), Mohd Rafiq Chisti, Lokesh Sharma, Gurdev Singh Thakur, Adv Ahsan Mirza and others have waged a full fledged fight for the ST status to Pahari speaking people and are organizing back to back meetings everywhere and  it would be interesting to see  whether Paharis will get their ST status or shall have to wait for more time? Only time will tell.