Latest News
Mishandling of power! Pleasing top bosses by gruelling individuals without investigation has become a new mantra of the Poonch Police; DGP’s intervention  needed93 Infantry Brigade authorities fail to strengthen the spirit of the sports with unprofessional approach; One mismanaged hockey event mar successful Link up day celebrationsWith Panchayat and Local Bodies elections due next year, assembly elections in J&K are likely to be put offCredibility of the Poonch administration has reached a frightening low due to reports of intensifying dishonestyPUBLIC NOTICE “POONCH TODAY” bold journalism is totally based on an impartial and investigative nature
Ahead of the Union Home Minister’s visit to J&K, Poonch, Udhampur witness foul plays; Prompt action by Dy.SP Munish averted major tragedy in Poonch city – Poonch Today 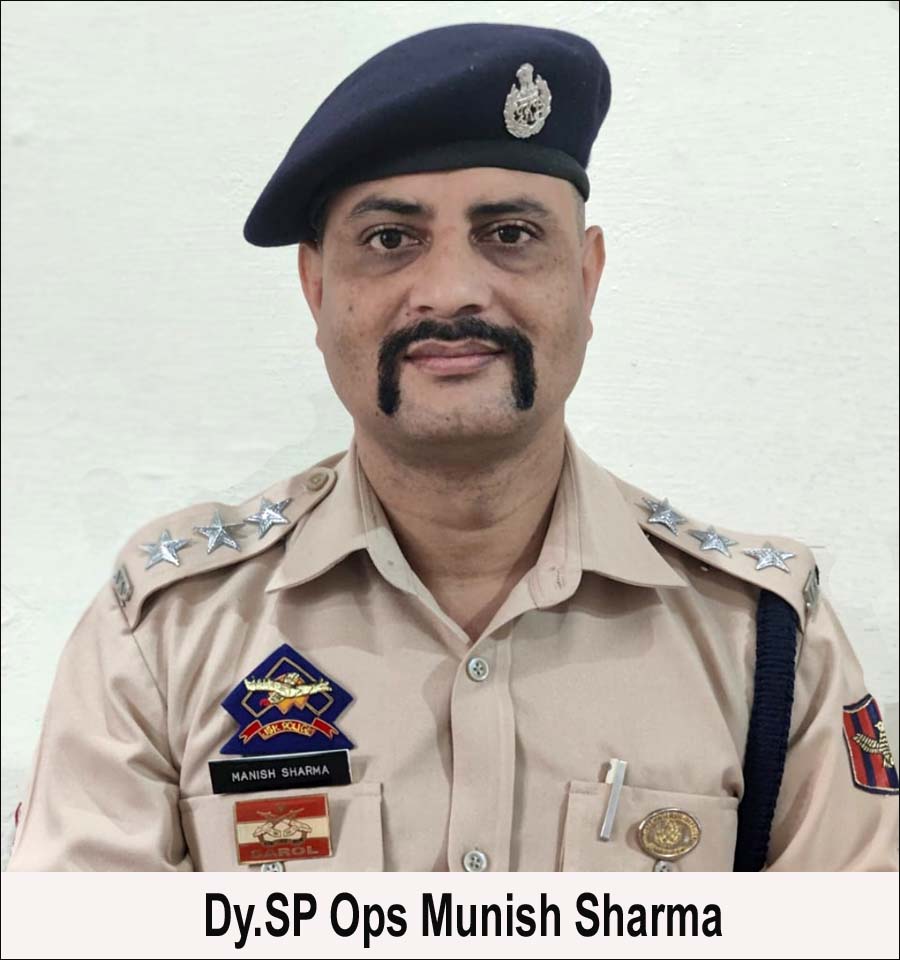 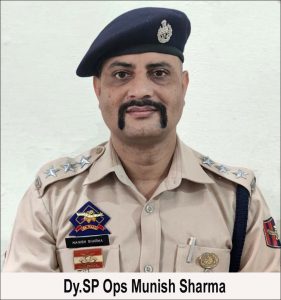 In Poonch city, this was the first incident in several years where a burqa-clad woman was found carrying an IED, and this raised alarm bells among security agencies. Even during the militancy, no such incident was reported from Poonch. On getting specific input, Dy.SP Operation Munish Sharma(JKPS) immediately swung into action with his team in a very professional way and arrested the woman who was carrying an IED. Had the woman and her handler, if any, succeeded in planting the 3.7 kg IED anywhere in the town, it would have caused a never-before-seen disaster in Poonch city. Prompt and professional action from young Dy.SP Operation Munish Sharma has averted a major tragedy in the town, said locals. People from all walks of life have praised the Dy.SP Operation’s prompt actions; imagine what might have happened if the police had failed to apprehend the woman with an IED. It is pertinent to mention here that Dy.SP Operation Munish Sharma during his tenure at Poonch impressed one and all with his various types of strong actions on the operation front, and his latest action of arresting a woman timely, who was carrying a 3.7 kg IED, has won him huge praise from the people of Poonch city. SSP Poonch also swung into action and had a meeting with various police officials, and further investigation into the case has started. Once the investigation is over, it is likely that police may arrest more people in this IED case, said sources. This type of incident has never occurred in Poonch city and it’s a very challenging task for SSP Poonch to bust this network as every eye is on those police officers who are investigating the case. One wrong step during the investigation may spoil the reputation of Poonch police if the concerned officers fail to book those responsible for this act of terrorism. The people of Poonch city are keeping an eye on this investigation as this incident is not a normal one and shows that anti-national forces want to disturb Poonch district through various means.  It is pertinent to mention here that in addition to sensitive Poonch-Rajouri districts, forces inimical to peace are deliberately choosing peaceful districts and Udhampur seems to be one of them, because this city has witnessed similar doubtful incidents in the recent past also, especially in March this year, when a low-intensity blast took place in a busy area, leading to the killing of one person and injuries to fifteen others. Are anti-national forces trying to disturb the Poonch-Rajouri range again, in addition to the peaceful Udhampur city? This is the million dollar question on which security agencies are working round the clock. In this Udhampur twin blasts and Poonch IED case, the reputation of Jammu zone police, especially SSP Poonch, and SSP Udhampur is at stake. SSP Poonch needs to put extra efforts into breaking the real plan behind this because this incident is the first of its type in Poonch city and indicates foul play by Pak stooges, feel locals. During the last few months, some terrorism-related incidents occurred in Rajouri district and subsequent raids in Poonch city by SIA related to hawala funding showed that something wrong was cooking behind the curtains for which security agencies needed to detect this earlier to avoid further disturbance in peace and law and order. These latest twin blasts in Udhampur city and the recovery of a 3.7 kg IED for the first time in Poonch city have created a wave of fear among the residents.  Ahead of the Union Home Minister’s visit, police officials are in alert mode and directions have been issued by top police brass to various police stations/chowkis/posts to ensure strict vigil round the corner to ensure anti-national forces never achieve success in their plan to create disturbance anywhere.