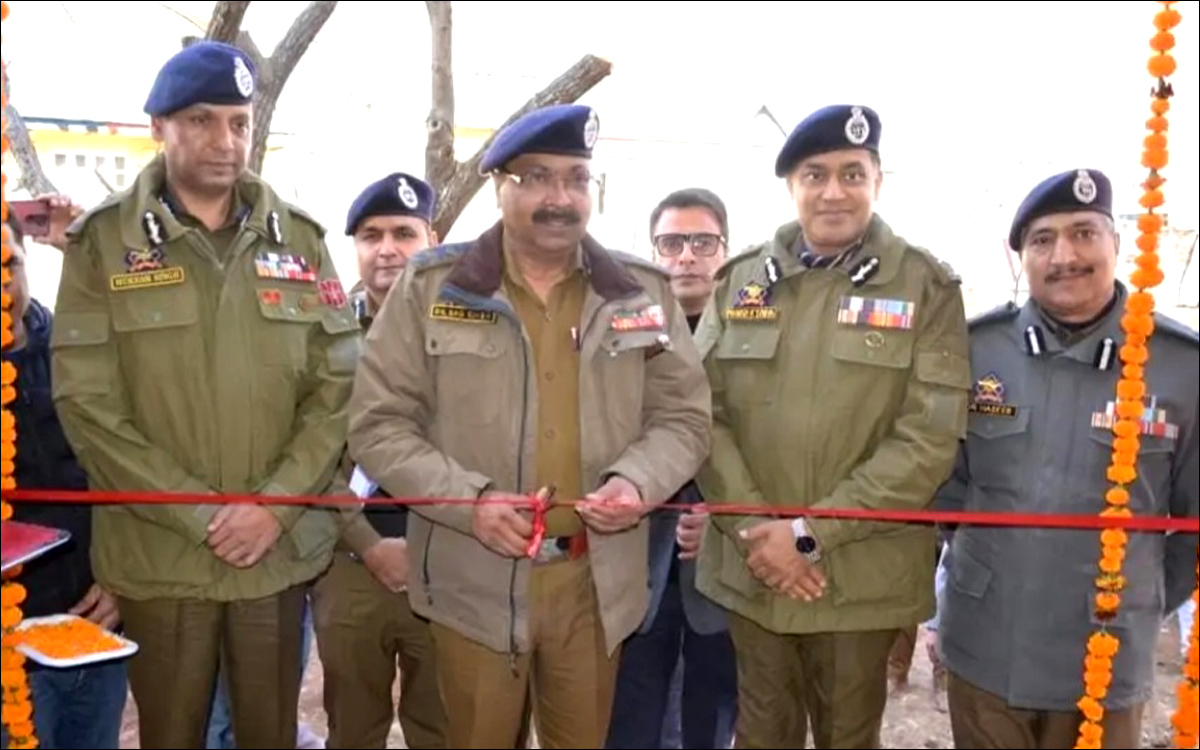 Pakistan and its agencies are making continuous attempts to revive the terror structure: DGP Dilbagh Singh

POONCH: “Pakistan and its agencies are making continuous attempts to revive the terror structure here and want to keep anti-national activities alive in any form. 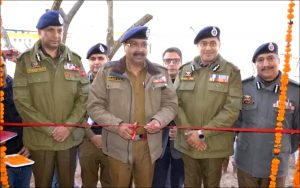 Some people in the past have managed to cross the border and are in touch with their associates to revive the terror structure here, but we have to make sure that no space is allowed to anyone linked with terror,” said, DGP Dilbagh Singh, who visited Poonch the other day in connection with the inauguration of a newly constructed police station and lower subordinate quarters at Loran. DGP later presided over a Darbar of Jawans and officers at DPL Poonch and also reviewed the security scenario of the district in the officers’ meeting, aside from interacting with public representatives and prominent citizens.  Accompanied by ADGP Jammu Zone,  Mukesh Singh, and ADGP (Hqrs) PHQ, M.K. Sinha, the DGP was received by DIG Rajouri-Poonch Range, Dr. Mohammad Haseeb Mughal, SSP Poonch  Rohit Baskotra, and other senior officers. In his address to the Police Darbar, the DGP stated that district Poonch is largely militancy-free, and he congratulated police officers, other security forces, and local residents on their efforts.The DGP said that the J&K Police, along with other security forces, have been working in mission mode to ensure a terror-free J&K.  He stressed the need to utilise both technical and human resources in tracking the terrorists who managed to infiltrate. He also directed monitoring and keeping vigilance on the terror support system to demolish the ecosystem.He said that a  number of terror funding cases have been busted in the recent past, yet there are reports of some elements attempting to generate funds for terror activities, which he said are on constant radar. He said that Pakistan and its agencies are supplying drugs with the criminal intention of harming our young generation and generating funds for terrorist activities. He stressed the need for stringent action against the elements found involved in the drug trade, as the menace not only harms the individual but society as a whole. The DGP also warned of stringent action against any officer or official found involved in or helping the drug trade, if any. While chairing the officers meeting, the DGP directed that synergy be maintained in order to eradicate terrorism, terrorist networks, and narco-terrorism.He said that the twin border districts of Rajouri and Poonch have been witnessing terrorist infiltration bids backed by the Pakistani authorities and added that due to synergy and close liaison between the Jammu and Kashmir Police, Army, and other security forces, many of these acts were thwarted on the border and in the hinterland successfully. He emphasised the strengthening of naka points on the Mughal Road and also on the national highway to keep checks on the transportation of drugs, weapons, and other criminal activities. The DGP, at the end of the meeting, decorated the SP rank for the newly promoted officer Sachin Gupta(JKPS), DY.SP DAR. While speaking at the interaction with public representatives and prominent citizens,  the DGP thanked the people for their participation and assured them that their highlighted grievances would be taken up with concerned authorities for redress.  Speaking to the media, the DGP said that the locals of the area have always extended their support to forces in the war against terrorism. He said that the situation across J&K is improving very fast, and efforts are on to strengthen it further. According to the DGP, stone pelting and hartal call culture have ended completely, and youth are participating in constructive activities.He said that it is being ensured that people don’t face any inconveniences during their day-to-day activities.