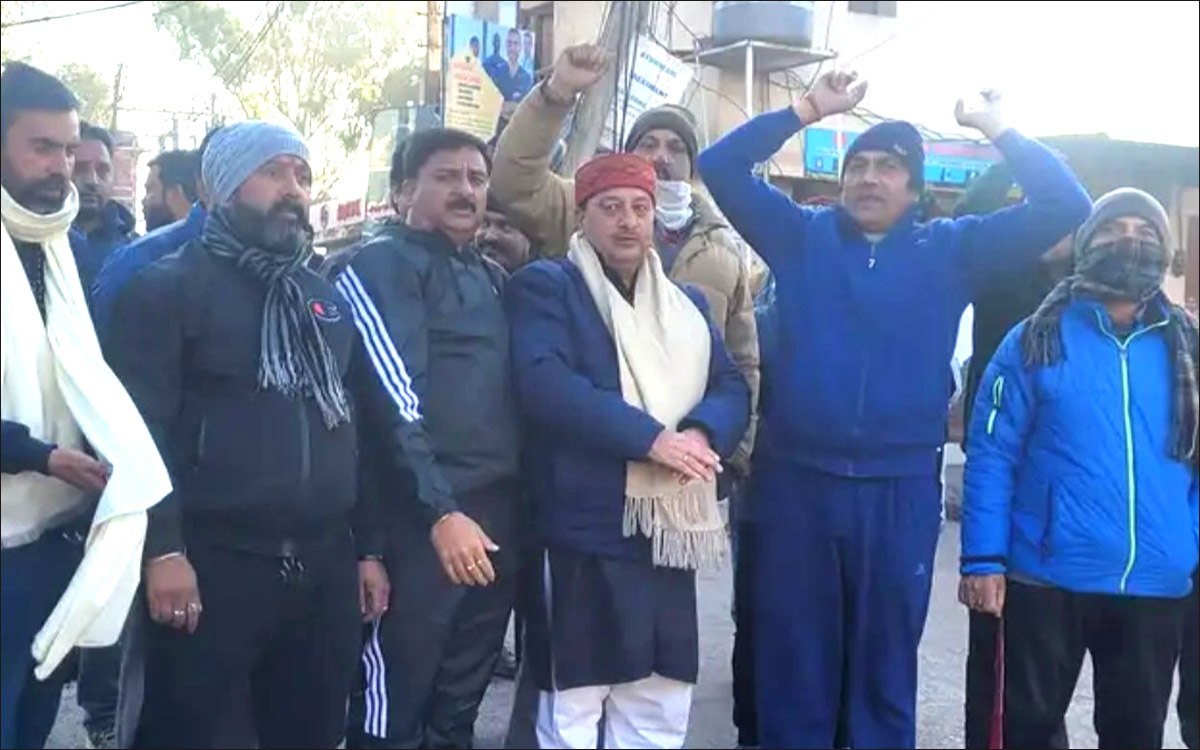 POONCH: A peaceful bandh was observed today in Poonch town over the terrorist attack at Dhangri in Rajouri, in which six people, including two minors, sacrificed their lives for the nation. 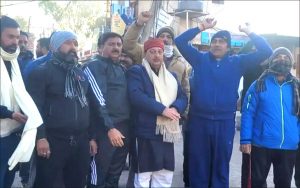 There was a complete shutdown of the market and transportation. The call was given by Shri S.D. Sabha, VHP, Bajrang Dal, and different bodies of Beopar Mandal People from every section of society cooperated with the call given by different bodies. There was no traffic movement from Mandi, Surankote, or Mendhar towards Poonch. Mendhar market will also remain closed tomorrow as the civil society of Mendhar has called for a bandh. Meanwhile, staging a massive protest at the bus stand in Poonch, leaders of the S.D. Sabha, BJP, VHP, Bajrang Dal, and different bodies of the beopar mandal lambasted Pakistan for cross-border terrorism. Speaking on the occasion, many speakers cautioned the administration that Pakistan wants to target minorities to create an atmosphere of unrest, and that should be checked by all means. Satish Sasan, president Shri S.D. Sabha, who was leading the protest, appealed to the government to reactivate village defence committees. He said that VDC earlier played a big role in the elimination of militancy from Poonch, Rajouri Belt, and the same needs to be reactivated. Satish said that minority community members who are living in different pockets are worried about the present situation, and the government needs to go the extra mile to protect them. Nishu Gupta, state secretary for VHP, also said that the people of the twin border districts of Poonch and Rajouri will give a befitting reply to Pakistan, as it will be paid back strongly. Advocate Sanjay Raina also advised the union government to take proactive measures as Pakistan is keen to disturb the border region again. Raina questioned the police intelligence agencies for their failure to take appropriate steps. Advocate Raina said, “The people of Poonch and Rajouri are nationalistic in character, and they had beaten militancy earlier. Now, if Pakistan does it again, we will again prove powerful. “Pakistan is a failed state, and it is clearly evident that the enemy nation will be divided into many parts soon.” Various other leaders, including Pardeep Sharma, Sunil Gupta, Sanjeev Sharma, Jugal Kishore, Nishu Sudan and Bhanu Partap, also spoke on the occasion and raised slogans against Pakistan and its OGWs, who are working silently to disturb the atmosphere. The speakers demanded a strong response from the union government as well as the reactivation of VDCs by any means necessary. Adequate security arrangements were made by the Poonch police. The bandh was observed