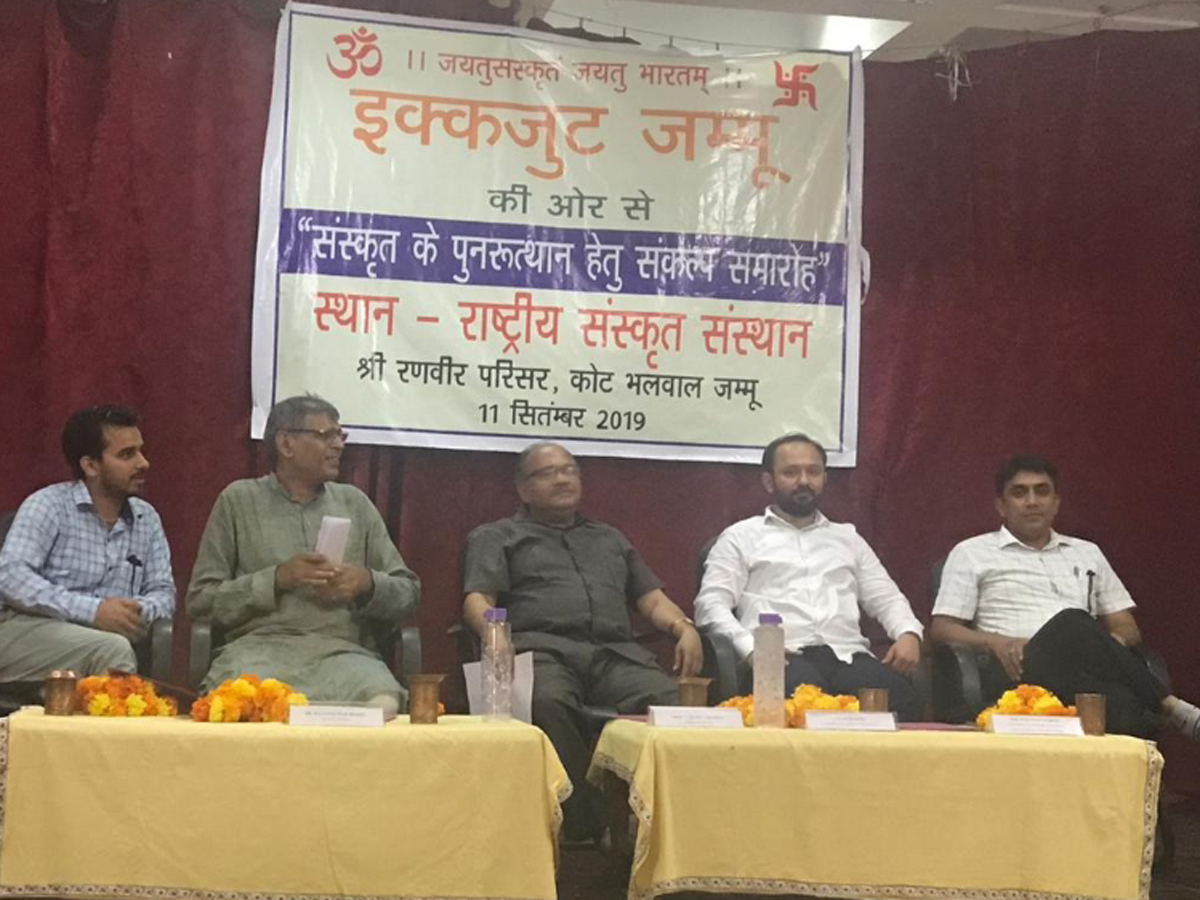 JAMMU: A Samkalp Samaroh was organised by IkkJutt Jammu in collaboration with Rashtriya Sanskrit Sansthan (Central Sanskrit University) at the Sansthan near Kot Bhalwal Jammu. 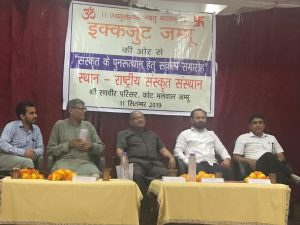 Chairman IkkJutt Jammu was the Chief Guest on the occasion whereas the function was presided over by Principal Sanskrit University Professor Vasudev Sharma. The other speaker included Professor Manoj Kumar Mishra. The function was attended by staff, students, founder members of IkkJutt Jammu and PHD Scholars of the University.  Speaking on the occasion Ankur Sharma emphasised on the need of making Sanskrit compulsory right from the primary education level. He explained in detail as to how Sanskrit is termed as the best language for the development of the brain. The main crux of his speech was the need to understand the importance of Sanskrit in establishing a reconnect with the ancient civilisational values of Sanatana which have been long eroded due to other pious conquests. Quoting from the constitution and constitutional debates, Ankur Sharma talked about the responsibility of the Government in taking steps for the development of Sanskrit.

Take a jibe on those who always look for validations regarding Indian Culture from the West, Ankur Sharma said that now even NASA has also recognised that the best language available in the world for Artificial Intelligence is Sanskrit and it’s time for those terming introduction of Sanskrit in educational curriculum as communal, to support the idea of making Sanskrit a compulsory subject. Ankur Shama while detailing the state sponsored neglect and disdain of Sanskrit pledged to work tirelessly for the development of Sanskrit.

Principal Sanskrit College Vasudev Sharma explained in details as to how learning of Sanskrit will automatically produce ideal citizens. Protection of Mother Earth and environmental consciousness will be the natural consequence of learning Sanskrit.

Professor Manoj Kumar Mishra while explaining the significance of Sanskrit and it’s various evolutionary stages appealed to the Government to ensure that it should create more opportunities for the Sanskrit scholars as far as Public employment is concerned. He also appealed to the government to invest more in the infrastructural development of Sanskrit.  Apart from this, he spoke on the Vedic concept of Water Conservation.