Latest News
Mishandling of power! Pleasing top bosses by gruelling individuals without investigation has become a new mantra of the Poonch Police; DGP’s intervention  needed93 Infantry Brigade authorities fail to strengthen the spirit of the sports with unprofessional approach; One mismanaged hockey event mar successful Link up day celebrationsWith Panchayat and Local Bodies elections due next year, assembly elections in J&K are likely to be put offCredibility of the Poonch administration has reached a frightening low due to reports of intensifying dishonestyPUBLIC NOTICE “POONCH TODAY” bold journalism is totally based on an impartial and investigative nature
Situation in Kashmir highly peaceful: DGP Dilbagh Singh – Poonch Today 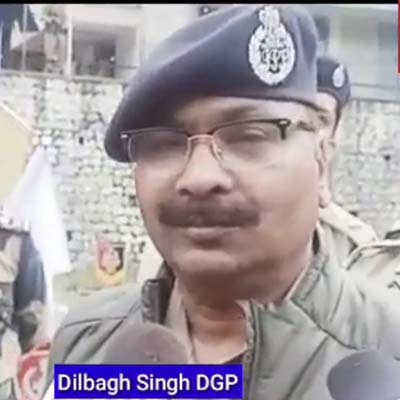 POONCH: Director General of Police J&K, Dilbagh Singh(IPS), who was in Poonch, said that situation in valley is highly peaceful and security forces have played a big role in ensuring peace. 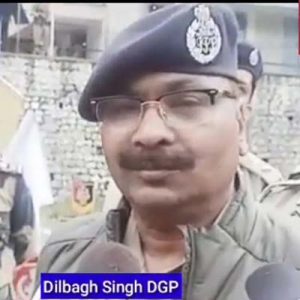 He said that Pakistan has violated ceasefire in many areas during recent times with an eye on infiltration attempts and Police has also information about presence of some militants, but security forces are ever ready to foil their attempts. He said that there is  huge traffic load in Srinagar and this clearly shows that valley has returned towards normalcy. While appreciating the locals, he said that people of Poonch have played a good role  in maintaining peace and advised the youngsters to use their energy in nation building.