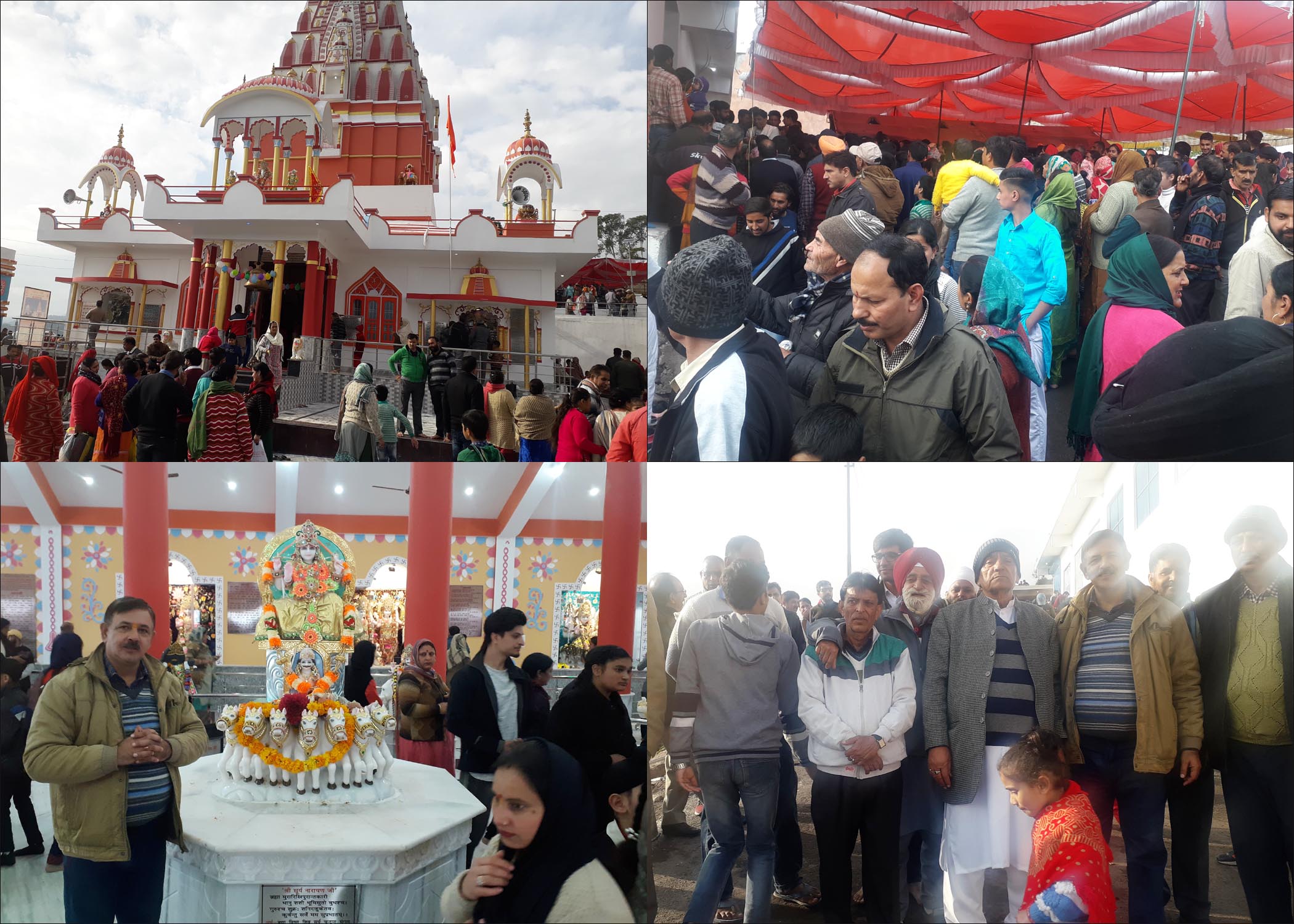 Mahayagya organized in Poonch on the inauguration of  “Nav grah” temple

POONCH: A Mahayagya and bhandara  was organized in Poonch on the occasion of inauguration of biggest and probably the first Nav grah temple of J&K. 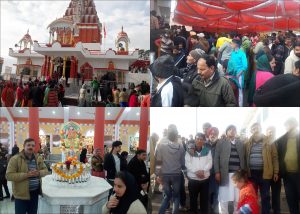 Thousands of devotees participated in the Mahayagya and prayed for global peace. Prominent political personalities, officials of civil, police and army administration  visited the temple and took bhandara. It is pertinent to mention here that the huge Nav grah temple has been constructed under the supervision of ex MLC Yashpaul Sharma. Many prominent people of Poonch expressed huge happiness over the completion of this biggest Nav grah temple. Advocate Sanjay Raina, prominent citizen of Poonch, said, “I salute Sharma sahib for his dedication and huge contribution for the people of Poonch. This was an uphill task and Sharma sahib at this old age devoted himself fully for this noble cause. This Nav grah temple will attract people from all faiths as majority of people have huge interest in astrology”.  Ajay Raina, said, “It’s a dream come true for Poonchi people. We never thought of such a grand Nav grah temple and that too in our home district. All credit goes to Sharma sahib”. Bhajan Kirtan program was also organized for ten days before the final inauguration on 15th of November. S. Amar Singh Josh, said, “Sharma sahib has done a historic job. People from every section of the society have appreciated his efforts for public welfare”