Latest News
Mishandling of power! Pleasing top bosses by gruelling individuals without investigation has become a new mantra of the Poonch Police; DGP’s intervention  needed93 Infantry Brigade authorities fail to strengthen the spirit of the sports with unprofessional approach; One mismanaged hockey event mar successful Link up day celebrationsWith Panchayat and Local Bodies elections due next year, assembly elections in J&K are likely to be put offCredibility of the Poonch administration has reached a frightening low due to reports of intensifying dishonestyPUBLIC NOTICE “POONCH TODAY” bold journalism is totally based on an impartial and investigative nature
“Char Sahibzaade” memorial hockey match organized at Poonch – Poonch Today 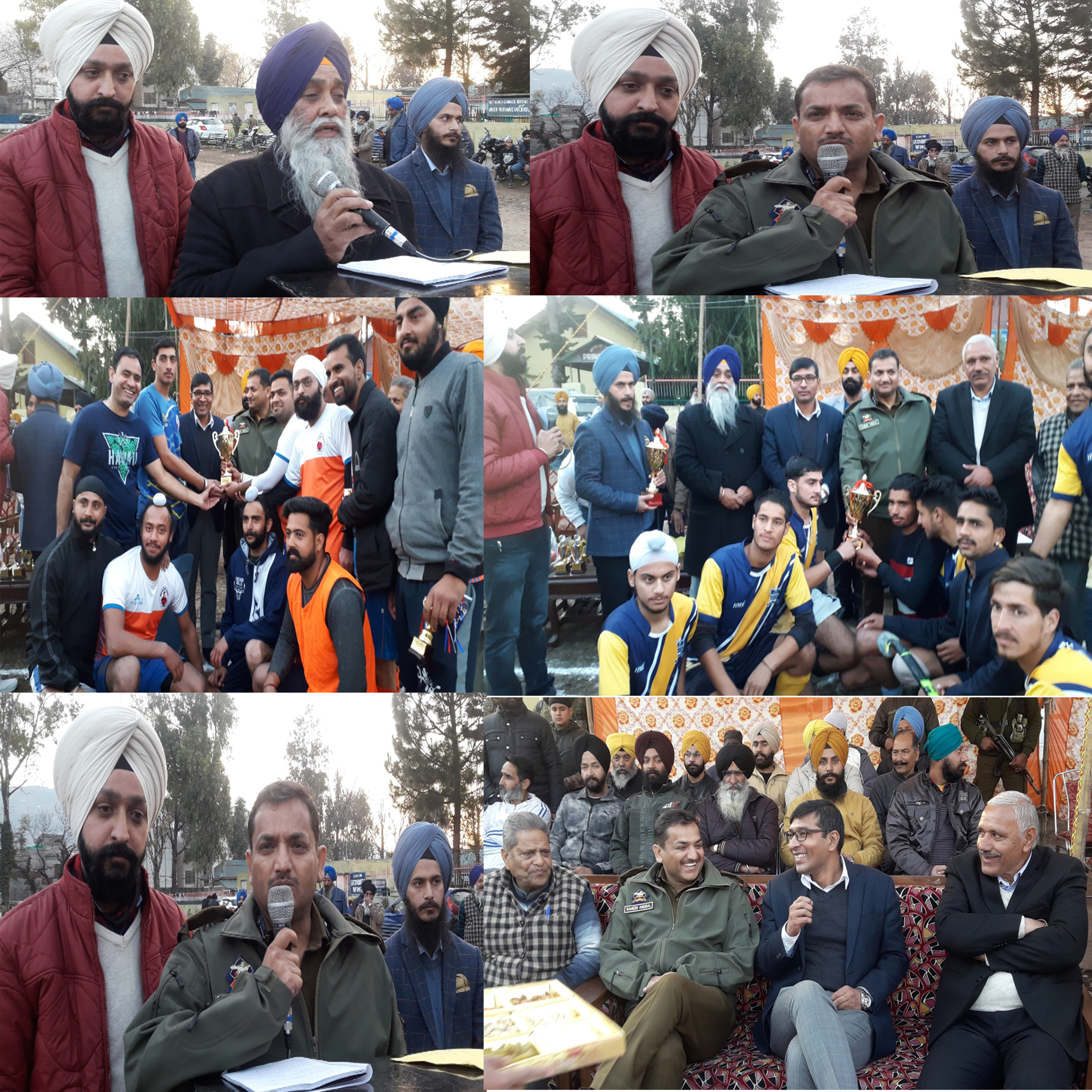 POONCH: Under the aegis of Hockey J&K, a  hockey match was organized by All India Sikh Student Federation and Sikh Nojawan Sabha in collaboration with NIS Hockey Coach Matinder Pal Singh in the memory of Char Sahibzaade who sacrificed their lives for dharma and motherland. 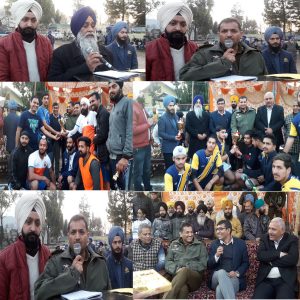 The match was organized under the supervision of S Harcharan Singh Khalsa and was organized by S Mohan Singh, S Matinder Pal Singh and S Gagan Preet Singh. The match was played between Poonch XI and Boys Higher Secondary School Poonch which was won by Poonch XI by 4-3. Salil Raina, Rohit and  Ranveet Singh scored goals for winner team while Shoib, Manpreet and Muhaib scored goals for runner up team.

Speaking on the occasion, President All India Sikh Student Federation S Harcharan Singh Khalsa  shed  a light on the life history of Guru Gobind Singh Ji and his four sons who attained martyrdom by fighting against the mughal forces. He also demanded starting of work on hockey turf which has been sanctioned by J&K Government in the premises of boys hr. sec school Poonch.

Chairman Municipal Council Poonch Advocate Sunil Sharma lauded the efforts of organizers for conducting the match in the memory of Char Sahibzadee.

SSP Poonch Ramesh Angral , while speaking on the occasion appealed the youngsters to follow the footsteps of Guru Gobind Singh Ji and always stand for the integrity of the nation.

DDC Poonch Rahul Yadav appealed the youngsters to adopt sports as their hobby and guide the next generation towards working for a strong India. He also appealed the youth to stay away from wrong activities.