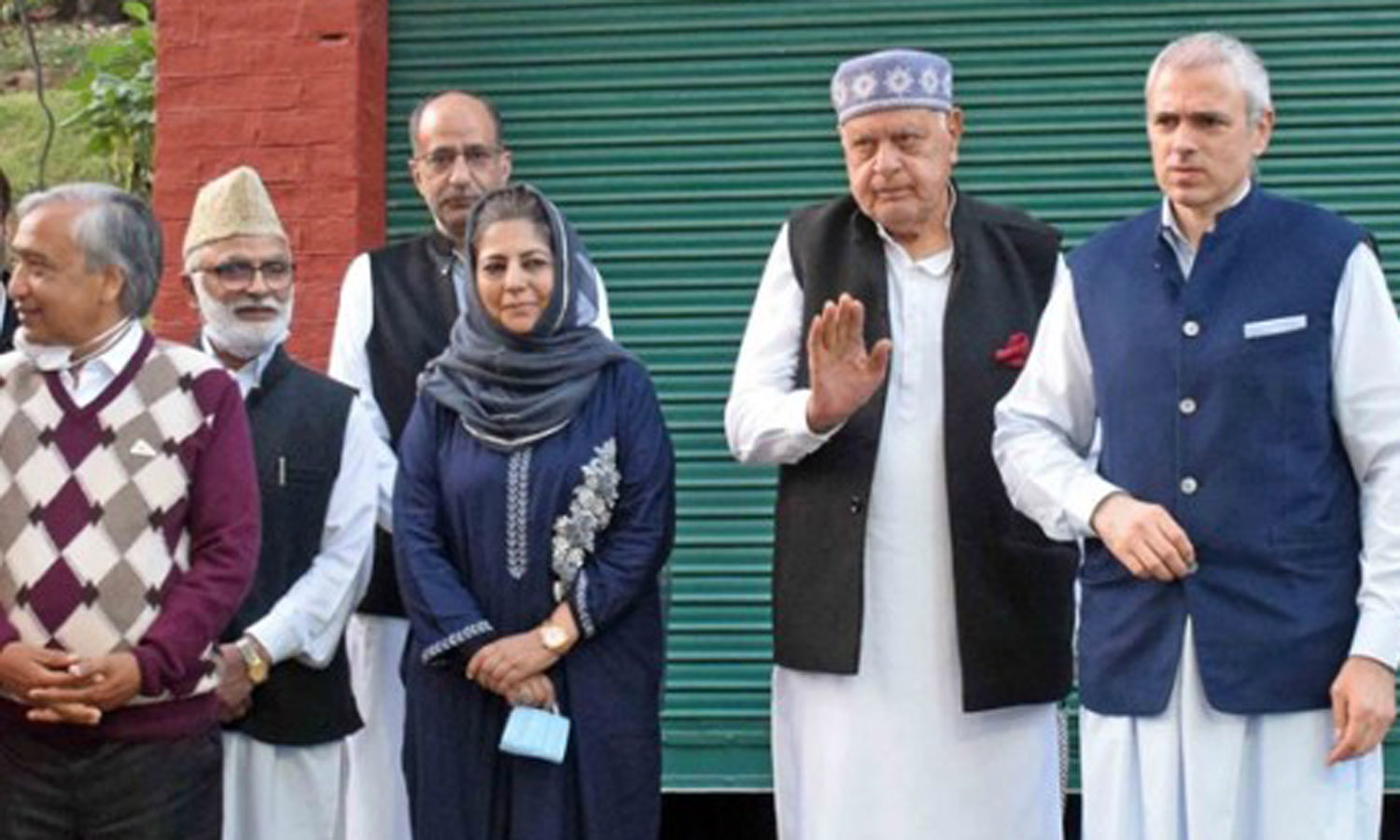 POONCH: After the abrogation of Article 370 and 35 A, Kashmir based leaders were in deep frustration, but after the release of Dr Farooq Abdullah and Mehbooba Mufti, few Kashmir based political parties formed people Alliance for Gupkar Declaration(PAGD) being led by Dr Farooq and Mehbooba with a sole motive of challenging Aug 5, 2019’s decision.

These Kashmir based leaders said many times that they will not participate in elections till Aug 5, 2019’s decision is restored. But by announcing DDC elections on party basis by union government in a smart way, these self styled sultans of J&K politics have been exposed, when they decided, the other day, to participate in DDC elections. Earlier, they indulged in giving anti national statements and now, they have started to play safe. Political observers believe that it’s a result of in swinging Yorker by Modi’s government and as a result, Gupkar squad is clean bowled as PAGD’s unexpected decision to participate in DDC elections surprised one and all. Now, people of J&K UT have realized that the main target of these Kashmir based leaders is just to remain in power. Before the announcement of DDC elections, their view point was different, but after landing in Jammu, they tried to play soft to win over Jammu. Simultaneously, they have also decided to fight the DDC elections by filing common candidates. Hence proved! PAGD members have been exposed for their double standard as they only want power. Remaining in power is their sole aim even at the cost of befooling valley people on Art 370 and 35 A.