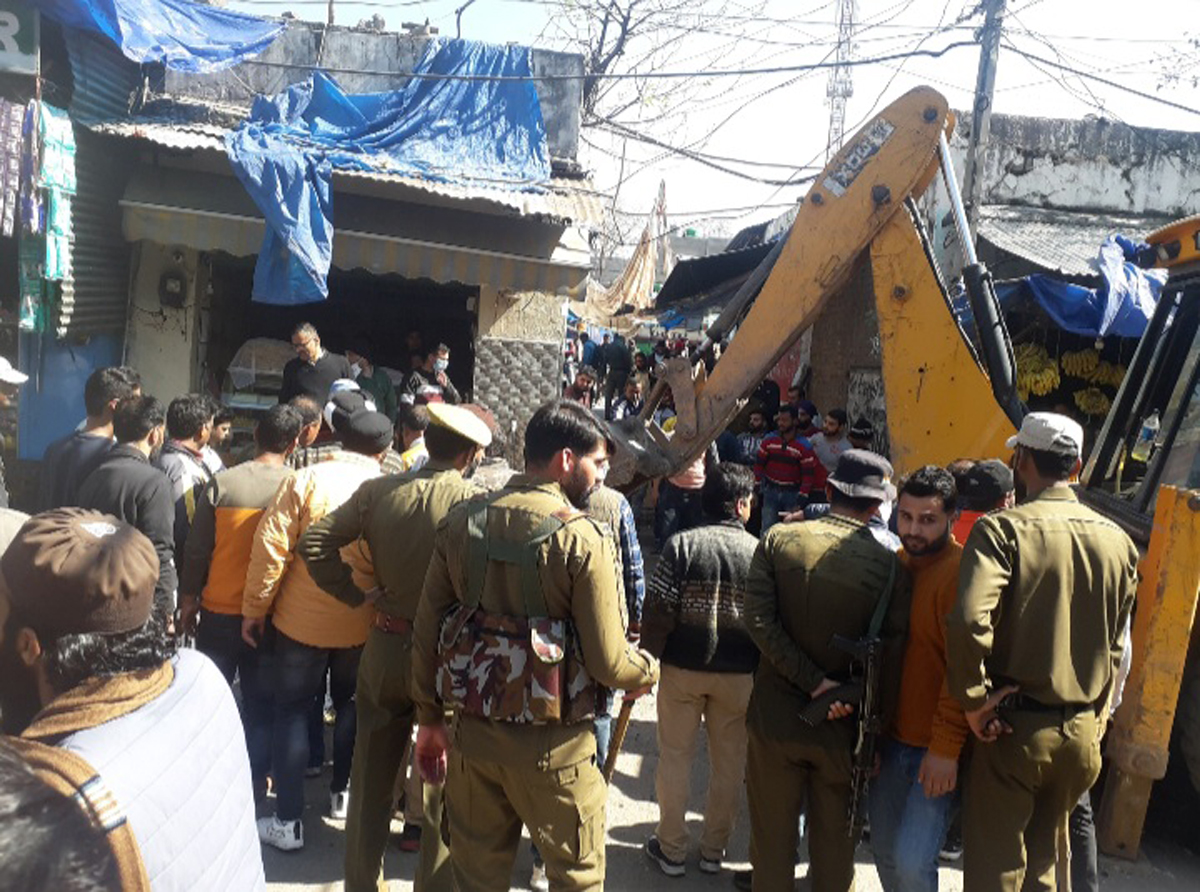 POONCH: In a strict and loud message to all encroachers who are having a habit of indulging in encroachment every where, Poonch Municipality with full support of police under strict directions of DDC Poonch Rahul Yadav, SSP Poonch Ramesh Angral and President MCP Poonch Advocate Sunil Sharma, launched a massive drive which started from market near Poonch fort and then near bus stand market. After clearing massive encroachments, the team comprising MCP and police officials also went to some areas of main market and removed all encroachments. 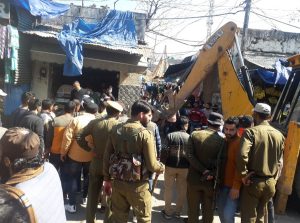 Officials who were conducting the much needed exercise, told “POONCH TODAY” that this exercise will remain continue to give lesson to all encroachers who were not touched during the last few years and because of that, they took every thing for granted. It is pertinent to mention here that the issue of encroachment of market from Poonch fort, bus stand to main market and up to parade market, raised many times, but successive administrations never paid any heed to the most burning demand of Poonch people. Locals have appreciated the action of DDC Poonch, SSP Poonch, Tehsildar Haveli, Niab Tehsildar and police officials and demanded that such type of action should be a regular routine to teach such wrong elements a strong lesson. Due to the wrong attitude adopted by a large number of shoppers near Poonch fort and bus stand market in addition of few shopkeepers in main market, it was extremely difficult for people to pass through. Even during emergency hours in case of any eventuality, men and machinery of emergency services faced utmost difficulty in performing their duties. Locals have also appealed administration not to allow rehriwalas to capture market and also demanded similar drives in various parts of city where the issue of encroachment has crossed al limits. One more issue needs attention and that is illegal constructions of various shops and khokhas in front of Poonch fort which were constructed during the last few years in brazen violation of Ancient monuments and protection act. Meanwhile, today’s action of administration has been appreciated by one and all across Poonch town and locals are hoping of similar regular actions by administration for the convenience of people of Poonch.