Latest News
How many ex-legislators, PRI representatives have installed Tricolour at their residences and offices? “Har Ghar Tiranga” campaign to instill a sense of patriotism!Unfortunate act! PRI representatives must behave sensibly with the district administration, feel localsSE PWD Rajouri debars a contractor belonging to BJP party over allegations of getting tenders on fake documents; Inquiry ordered by top brass of PWDWith full security arrangements, Shri Budha Amarnath Yatra Poonch begins on a positive noteRDD officials in Sathra Block, NSSB are looting the government exchequer; Are BDOs, ACD, ACP hand in glove?
Promoted Police officer in JKS range wants to grab an important chair to win public with an aim of participation in elections  – Poonch Today JAMMU: A police officer, who had served in important police station in JKS range, including Lakhanpur and Basholi, was later promoted and now eyeing to start  his political career after few years, wants a top posting in JKS range to win public by doing their routine works. 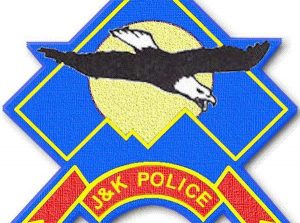 The police officer in question,  already serving in JKS range, through his close agents, from different social and public platforms,  has been trying  to defame the reputation of few police  officer, who are already holding important positions in the same JKS range. By creating a wrong narrative against few police officers through his close agents, the said police officer wants to occupy an important post. Even for getting good posting, he was already in contact with top leaders who are having direct access to top officers of J&K police.  On government holidays, the officer in question seen visiting various areas, including Akhnoor  in civil dress for his close door public meetings. He has been eyeing two locations for his political career, one in Samba-Kathua and the other desired location in Akhnoor and weighing his options very carefully. But, before claiming his desire with the public of these areas, he first wants to win their hearts and minds by doing their routine work.  While heading various police stations earlier in JKS range, he earned like anything through illegal means, but when he was promoted and shifted to an insignificant posting, he started playing games of defaming his seniors in the eyes of public through his close agents who were having strong reputation in public. Well, the credentials of the said police officer has already reached top level of police, it would be interesting to see whether the officer in question will get success in his mission of getting choicest second top posting or he would be taken to task by top police brass  indirectly by not blessing him with what he wants.