Latest News
Mishandling of power! Pleasing top bosses by gruelling individuals without investigation has become a new mantra of the Poonch Police; DGP’s intervention  needed93 Infantry Brigade authorities fail to strengthen the spirit of the sports with unprofessional approach; One mismanaged hockey event mar successful Link up day celebrationsWith Panchayat and Local Bodies elections due next year, assembly elections in J&K are likely to be put offCredibility of the Poonch administration has reached a frightening low due to reports of intensifying dishonestyPUBLIC NOTICE “POONCH TODAY” bold journalism is totally based on an impartial and investigative nature
BJP VS BJP: Many touts in Jammu’s administration are working for Dr Jitender Singh, alleges Vikram Randhawa – Poonch Today 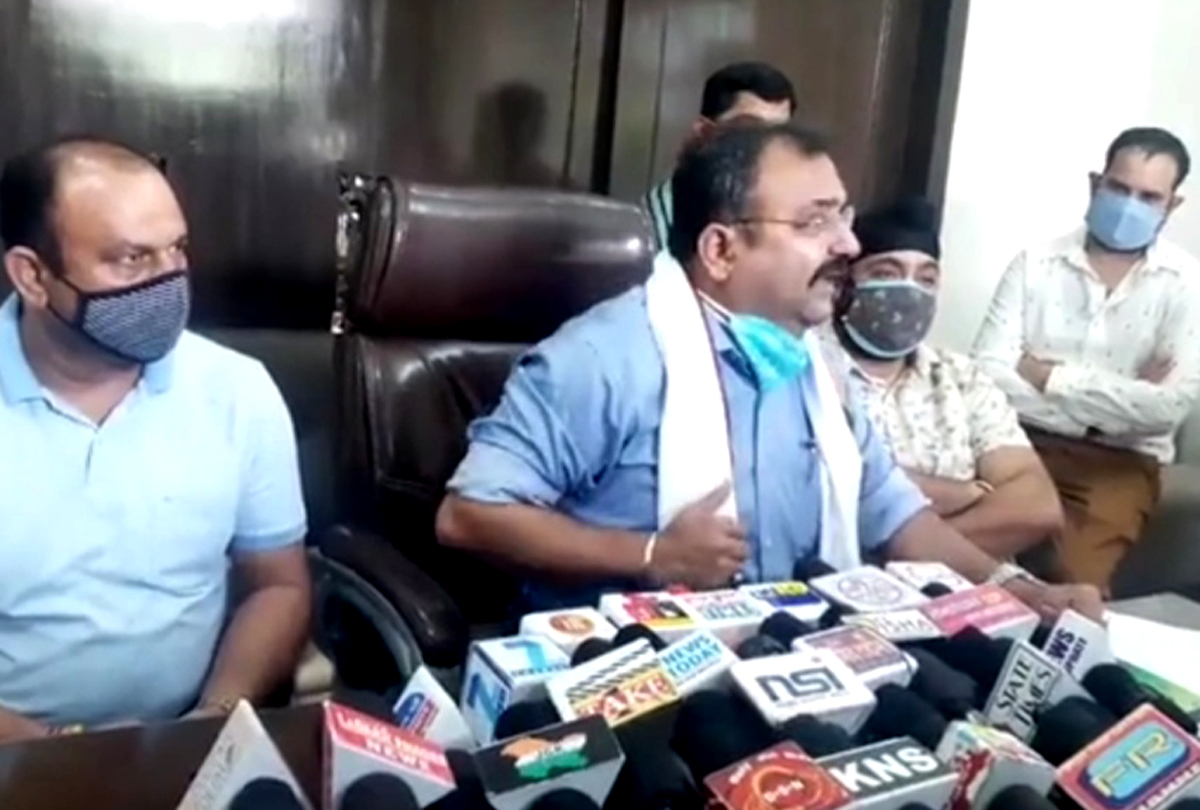 JAMMU: In a shocking state of affairs within BJP, former MLC Vikram Randhawa, during a press conference in Jammu, today alleged that Jammu’s administration(civil and police) has many touts who are working for Dr Jitender Singh. 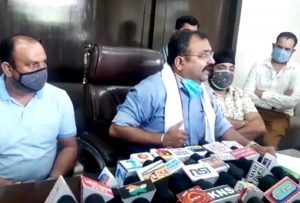 On some important issues of stone crushers, Randhawa alleged that everybody is demanding huge money and District Mining officer Ankur Sachdeva himself said that he gives regular money to a tout of Dr Jitender Singh and many Chowki officers of Jammu Police are also a part of this high profile nexus. Randhawa took the name of one Bharat Bhushan and said that he is working as a tout for Jitender  Singh and used to collect huge money in lakhs for BJP minister. He said that he fought for local officers for Jammu region and when government gave local officers, they start misusing their power against the interest of Jammu region. He said that he is ready to commit suicide if all the issues of stone crushers are not solved within days. Randhawa said that he brought Dr Jitender Singh in BJP and played  a big role in giving him mandate, but after getting power, Dr Jitender Singh has been playing against the interest of Jammu.  Randhawa said, “Even Ankur Sachdeva said that many Chowki officers and Dy.SPs ask him for money on monthly basis. Even tout of Jitender Singh used to demand the same regularly. I appeal government to bring DMO under the radar of ACB.” Serious allegation leveled by a former BJP MLC against MOS in PMO Dr Jitender Singh shows that a high profile war has broken out within BJP and insiders in BJP camp told “POONCH TODAY” that many big leaders of J&K BJP, internally don’t like the working of Dr Jitender Singh, who reportedly has been poking his nose in every affair of Jammu. It would be interesting to see how Dr Jitender Singh, who is looking after important matters of union government and is considered as a faithful man in PMO office, responds to the allegation leveled against him by a former BJP MLC Vikram Randhawa.