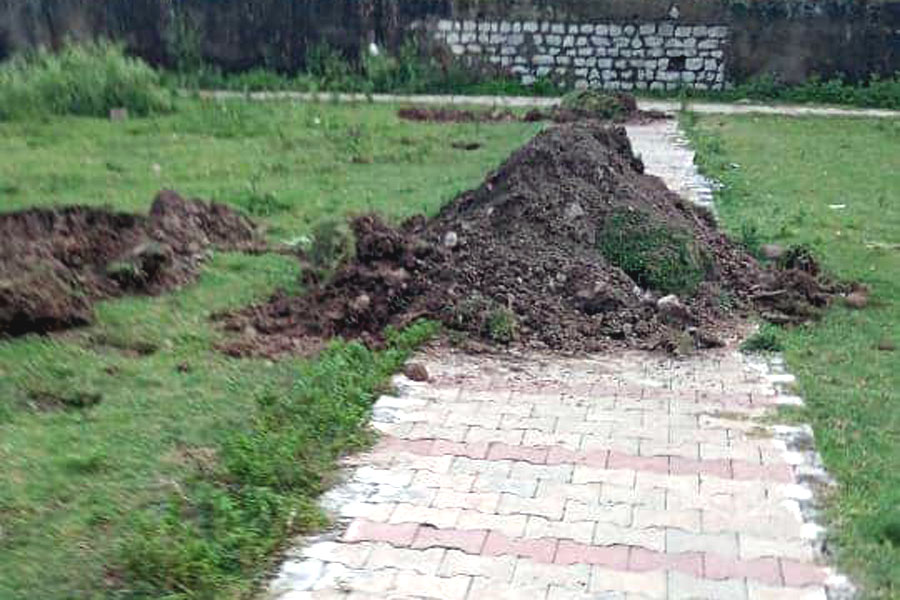 Insult to sports activities! Will government conduct an inquiry into the alleged role of ACR Poonch in the digging of the playfield?

POONCH: The government of India has been providing all sorts of help for raising sports infrastructure in the entire country, especially in J&K UT, but unfortunately, some tainted officers without having an iota of common sense are hell-bent to ensure that children’s do not come to playfields for sports activities. 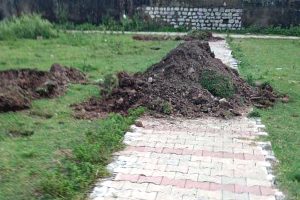 A few days ago, children were playing in purani Poonch park and a quarter of ACR is nearby. A few moments later, a police van of the flying squad came to the playfield and directed the children to stop playing as their shouting is creating problems for ACR Poonch. Two days later, children’s, who regularly visit the playfield found digging of the playfield at several places and after conducting an inquiry, they found that ACR Poonch was behind all this. Shouting slogans against ACR Poonch, they have demanded an immediate probe into the matter. While talking with “POONCH TODAY”, children’s said that one more KAS officer is creating inconvenience for them whenever they visit the playfield for sports activities. Rohit, a resident of purani Poonch said, “On one hand, the government expects medals in Olympic, but on the other hand, officers do not allow us to play sports and this is ridiculous.”‘ Now, the latest alleged immature act by ACR Poonch shows that the administration has few arrogant and immature minds who have no senses and are creating problems for children who are the future of the country in sports activities. Residents of purani Poonch area have appealed to LGs administration to conduct an inquiry into the alleged role of ACR Poonch in digging the playfield, thus making it unsuitable for children to play there.