Latest News
Mishandling of power! Pleasing top bosses by gruelling individuals without investigation has become a new mantra of the Poonch Police; DGP’s intervention  needed93 Infantry Brigade authorities fail to strengthen the spirit of the sports with unprofessional approach; One mismanaged hockey event mar successful Link up day celebrationsWith Panchayat and Local Bodies elections due next year, assembly elections in J&K are likely to be put offCredibility of the Poonch administration has reached a frightening low due to reports of intensifying dishonestyPUBLIC NOTICE “POONCH TODAY” bold journalism is totally based on an impartial and investigative nature
Fearless, honest, real leader of masses and a saintly figure  Sher-E-Poonch Yashpaul Sharma’s era has ended with pride – Poonch Today 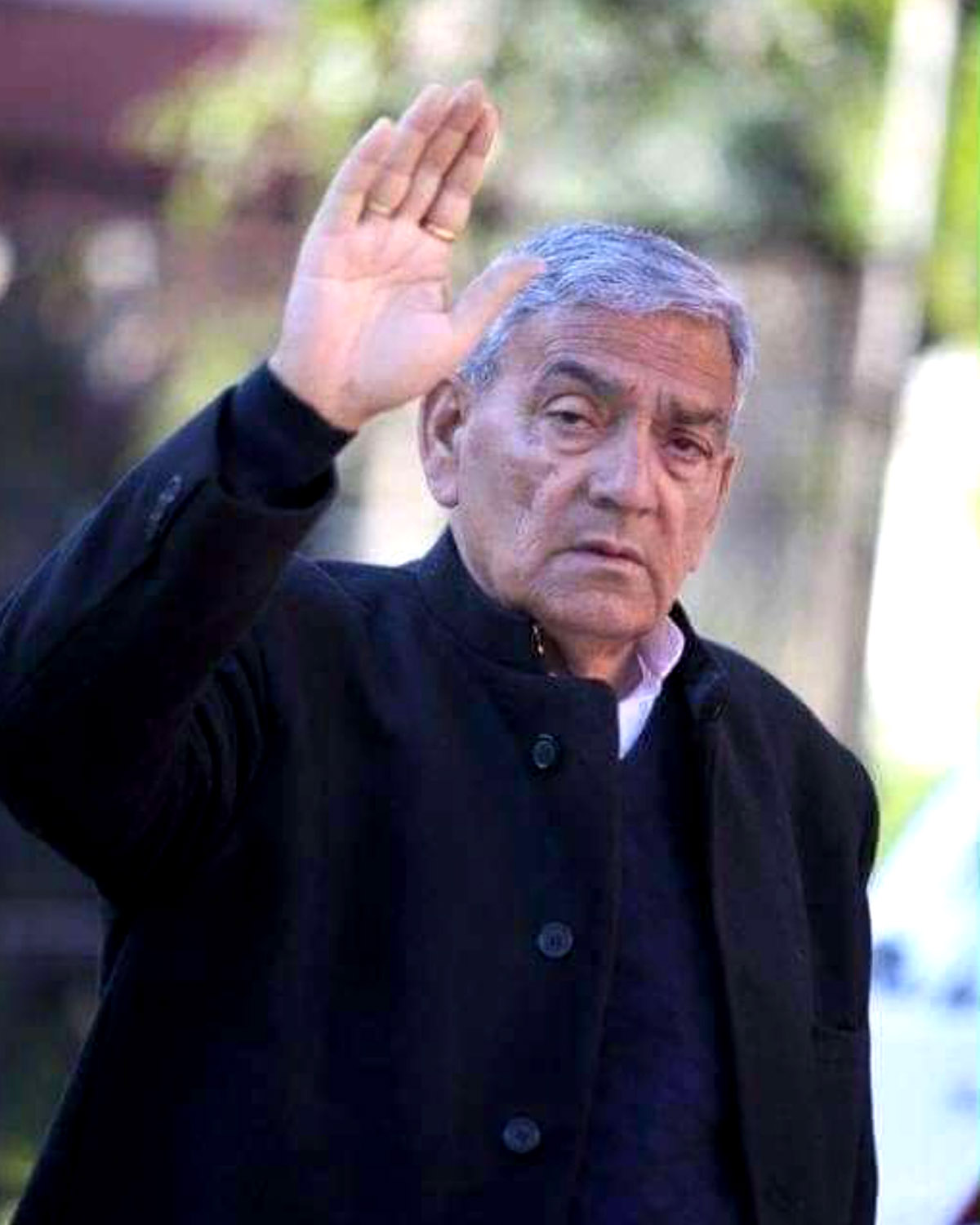 POONCH: 22nd of January 2022 will be remembered as a sad day for the people of J&K, especially of Poonch district when the voice of poor and downtrodden sections of the society, fearless, honest and a saintly figure, ex-MLC Sher-E-Poonch Yashpaul Sharma’s golden era was ended as  the voice of million left for his ultimate journey. 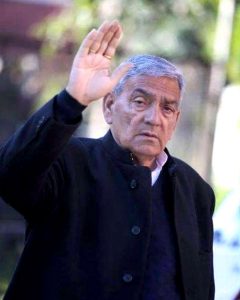 This news spread like a wildfire and everybody was shocked to hear the untimely demise of Yashpaul.  Bold and straightforward, Yashpaul was blessed with a huge confidence to stand alone, had the courage to make tough decisions, and the compassion to listen to the needs of others. He ruled hearts by the equality of his actions and the integrity of his intent. Many big political powers of the erstwhile state of J&K were fully known of the qualities of Yashpaul and due to this fact, none of the big leaders dared to stand in front of him because of his bold and honest approach. He was considered as the only real mass leader in the history of Poonch and Rajouri, who, without caring for power, helped the masses and even forced the then state government to amend recruitment rules for the people of Poonch city. When there was complete injustice with the people of Poonch city in recruitment  related issues, after the then popular government tried its best to curb the voice of the educated people of Poonch city by denying them recruitment opportunities by selecting its own people who were less educated. When there was total chaos and the then national conference regime was hell bent to play foul with the people of Poonch, Yashpaul Sharma then emerged as an “Avtaar” for the people of Poonch and started a mass 1978 agitation against the then state government by raising the world famous slogan “Nahre Durli Pejao Pejao” and this agitation shook the foundation of the national conference government by all means. When the then chief Minister failed to control the agitation through his subordinates, he decided to visit Poonch, but the fearless and courageous Yashpaul and his cadre did not allow Sheikh Abdullah to enter Poonch and Abdullah was forced to leave back from Kalai area. As there was a strong political tussle of Yashpaul Sharma with the then National Conference leadership over injustice mooted out to the youth of Poonch in recruitment related issues and the insult faced by the then Chief Minister at the hands of Yashpaul Sharma, so that forced the NC cadre to script a long term strategy against the people of Poonch and slowly and silently, many controversial acts targeting private and government lands of Poonch city came into action in a quiet way.  That was the big ploy by the national conference government against the people of Poonch city who were strongly behind Yashpaul. The then NC regime wanted to teach a strong lesson to the people of Poonch city and as a result many foul plays were executed, but shocking was that the said conspiracy was exposed after thirty years and still has not been addressed by the government. However, the mass agitation of 1978 forced the Sheikh Abdullah government to surrender before Yashpaul Sharma and ultimately session-cum-merit criteria was implemented and as a result of that, maximum educated city people got government jobs and this session-cum-merit formula remained active for more than one decade. Yashpaul Sharma, who was the real leader of masses, came to this universe on 2nd of January 1946 at Rawalakote. However, due to the turmoil in India and Pakistan, his father Late Master Labhoo Ram, along with his entire family left Rawalakote and migrated to Poonch. After witnessing struggle during his early life, Sharma graduated from Degree College Poonch and later did his LLB.

During his youthful days, Yashpaul was a brilliant sportsman and his name remained among top Indian athletes. He was a great Kabaddi, Football and a Javelin throw player. He even got an opportunity to play at an international level, but due to lack of resources, he missed that opportunity. He mobilized youth from every area and impressed them to use their energy in sports activities. Yashpaul was blessed with huge physical power, but he never misused his gigantic physical power which was blessed upon him by the God, instead, he used that power fully in public service. On his huge contribution in the field of sports, people from every section of the society have appealed to the government to declare sports stadium Poonch in the name of Late Yashpaul Sharma, who was a fatherly figure for the people.

However, in 2019 municipality elections, Yashpaul’s team, fought independently and managed to win five seats and later with the support of five councilors indirectly supported by National Conference leader Ajaz Jan, Yashpaul installed his younger brother Advocate Sunil Sharma as President of Municipality who has just completed more than three years.

On one hand, Yashpaul was a towering political, social and a religious personality of J&K, but on an unfortunate side, he was dejected and backstabbed by all those, who were pampered and brought to active political and administrative chairs by Yashpaul on several occasions.  Another aspect of his political failures to become an MLA was due to the hard fact that he was not surrounded by competent advisors, instead, he was surrounded by sentimental persons, who loved him from their hearts, but they say that politics is not a sentimental game. Here, every move should be planned in a far sighted manner and absence of bright advisors in his cadre remained the only reason that Yashpaul never won an MLA election.  Majority of big political leaders over the years used to have great people as their political advisors and Yashpaul, despite ruling people’s hearts for decades, was unlucky to have a political think tank around him.

In addition to public service in his political and social life, Yashpaul did a lot for the renovation of few old temples and constructing a big and the only “Navgrah” temple in entire J&K, which has attracted the attention of one and all. This temple has become an epicenter of religious tourism. Those devotees, who come to Poonch to visit religious places life Nangali Sahib, Ziarat Sian Ilahi Baksh, Baba Budha Amaranth at Mandi, used to visit this unique temple also. After serving the people in his several capacities, Yashpaul said final goodbye to the people of Poonch on 22nd of January 2022.

Now, the golden era of Yashpaul has ended and it would be interesting to see who will dare to carry forward the fearless, honest and leader of masses image of Yashpaul further. Yashpaul left behind two younger brothers and two sons who are also very much active in political and social circles. Dr Sushil Sharma, is a renowned Cardiologist of the country and has done a huge public service during his long meritorious career in the medical field. Dr Sushil is a widely renowned and a respectable figure and those in powers, whether in civil, police, political or social setup across the J&K UT and the country admire him a lot because of his selfless and meritorious service for the people, while his another brother Advocate Sunil Sharma is right now president of Municipal council Poonch. His two sons Kirti Pal Sharma and young Udeshpaul Sharma are also very active in public service. Both, Kirti Pal and Udesh Paul Sharma, reportedly have the same qualities of boldness and honesty which Yashpaul used to have. Now, who will carry forward the golden legacy of Yashpaul? It’s a million dollar question being discussed everywhere and all eyes are now on the family of Yashpaul. Will Yashpaul’s family members put all speculations to rest and announce something big for public service by following the footsteps of Late Yashpaul Sharma? A major decision related to this is likely to come in public domain, sooner than later. Yashpaul’s long political and social journey for public cause is an eye opener for all leaders of J&K and the benchmark of selfless public service established by Late Yashpaul is difficult to be matched by any leader in future, because politics now a days has become an epicenter of lust, money and muscle power and not real public service.(The writer in an Owner and Editor-in-Chief of POONCH TODAY newspaper)

PWD Division Poonch and blacktopping scams are made for each other; Top officers as usual unmoved
Government employees are running NGOs by completely violating civil services rules