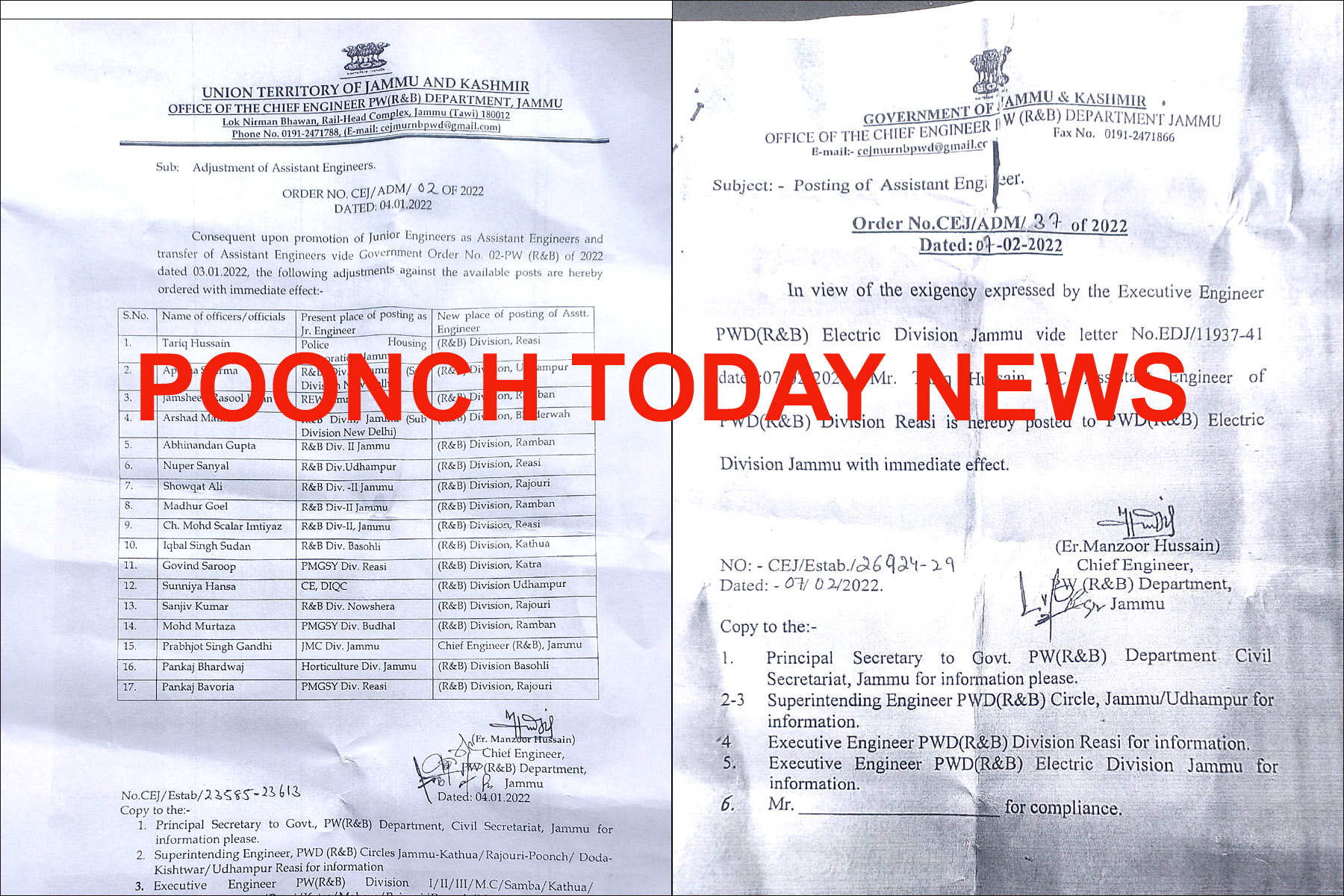 Strange! Chief Engineer PWD Jammu protecting those who are involved in various scams; Commissioner/Secretary PWD must initiate an inquiry 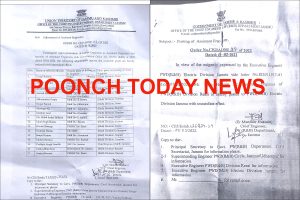 One such person, who was involved in scripting huge financial deception from a big civil work, was given huge favour by the Chief Engineer PWD. As per order no  CEJ/Estab/23585-23613 dated 04-01-2022, Chief Engineer PWD Transferred seventeen number of Engineers, but within days, one official having political background and close to Chief Engineer PWD Jammu was again transferred vide order no CEJ/Estab/29924-29 dated 07-02-2022 to Electric division Jammu from where, many moves are being played to further transfer him in Rajouri-Poonch range so that he can rectify the blunder which he committed from civil work of a big project. Highly placed sources told “POONCH TODAY” that excess payments in several lacs beyond imagination were disbursed to some blue eyed contractors who are having a strong link with those running a strong political system with the involvement of the said engineer.  On one hand, Commissioner/Secretary PWD talks of introducing transparency in the department, but on the other hand, his subordinates are neck deep involved in scripting various frauds and also getting full protection from the office of Chief Engineer PWD Jammu. This raises a question mark on the state of affairs of the PWD department right from top to bottom level. The said engineer, who was involved in a big scam from a big project was transferred to another district, but having deep links, he managed to get a contract on a road from ERA in Rajouri district. There also, he played foul and was involved in extremely poor quality of work which came in social media also. Instead of taking action against the said officer, It’s strange that Chief Engineer PWD Jammu has protected him and ensured his transfer back within four weeks to the electric division. Moreover, the said engineer tried his best to be posted in Rajouri-Poonch area so that he could control the damage done from the work of a big project where excess payments were released in several lacs, that may also come in crores if investigated. A high level inquiry is needed into the matter from the office of Commissioner/ Secretary PWD who is known in bureaucratic circles for performance.