Latest News
Mishandling of power! Pleasing top bosses by gruelling individuals without investigation has become a new mantra of the Poonch Police; DGP’s intervention  needed93 Infantry Brigade authorities fail to strengthen the spirit of the sports with unprofessional approach; One mismanaged hockey event mar successful Link up day celebrationsWith Panchayat and Local Bodies elections due next year, assembly elections in J&K are likely to be put offCredibility of the Poonch administration has reached a frightening low due to reports of intensifying dishonestyPUBLIC NOTICE “POONCH TODAY” bold journalism is totally based on an impartial and investigative nature
Chief Engineer PWD Jammu has legalized all illegal activities with his unfortunate approach; 25% to 30% commission in divisions a routine affair – Poonch Today 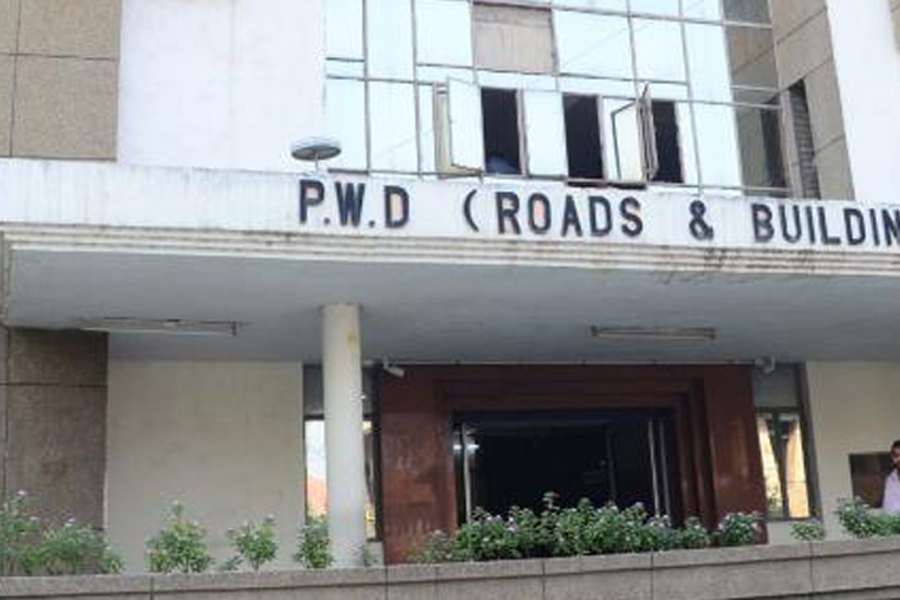 Chief Engineer PWD Jammu has legalized all illegal activities with his unfortunate approach; 25% to 30% commission in divisions a routine affair

POONCH/JAMMU: Time and again exposed by “POONCH TODAY” that many tainted engineers who are involved in various scams are being openly supported by the office of Chief Engineer PWD Jammu and this is a clear indication that the top chair has legalized all illegal activities in PWD department. 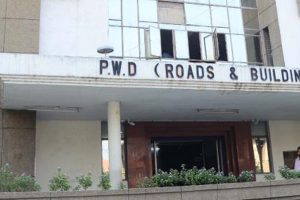 Brazenly exposed from all angels, Chief Engineer’s PWD office has restored to political pressure techniques on this newspaper without knowing the history of “POONCH TODAY” that this newspaper has exposed big corrupt crocodiles and anti nationals over the years without caring for any type of pressure tactics, what’s to talk of this weak office of the Chief Engineer PWD which has been involved in multiple financial frauds. On one hand, the office of Chief Engineer PWD Jammu directed few Executive Engineers to violate the transparency act and not to give record to information seekers and on the other hand, the said office has been protecting tainted engineers who were involved in excess payments eyeing commission of more than Rs 30 lacs from a big project in Poonch division.  Failed form all angles, now the office of Chief Engineer PWD Jammu was trying to put pressure on “POONCH TODAY” from those arrogant illiterates who have obtained some organizational chairs accidentally and are themselves involved in various financial frauds with the involvement of PWD officials amounting to several crores. Insiders in the office of Chief Engineers PWD Jammu, told “POONCH TODAY” pleading anonymity that the top chair was playing a negative role in the transfer of few engineers who were involved in crooked activities by trying to give them choicest posting, but other important chairs in the said office, reportedly advised the top chair not to post tainted engineers on choicest posting as it will lower the credibility of the department in the eyes of public. A sensational fact has come into the notice of “POONCH TODAY” that few Executive Engineers, AEEs, JEs and few other chairs used to get more than 30% of commission from the start of a project till completion and it has become a routine affair. Similarly, from one of a big project in Poonch division on which excess payments in crores was made with a malafide intention, the concerned engineers were all set to get 30% of commission which comes to several lacs beyond the imagination of a common man, but when “POONCH TODAY” exposed  the scam of excess payment made, the concerned officers decided to reduce the bill to save the skin of department, but the said contractor who executed the project threatened the department that he will approach the court on the plea that few department officers for their self interest made him scapegoat. Now, the department right from the office of Chief Engineer PWD Jammu to Poonch division has become confused from all angles about what to do next on this sensitive issue. The horrible state of affairs going on in PWD Poonch, Rajouri and Nowshera divisions have shown that the system has internally collapsed and top brass of PWD needs to intervene to save the reputation of the department by placing tainted officers out of these districts.