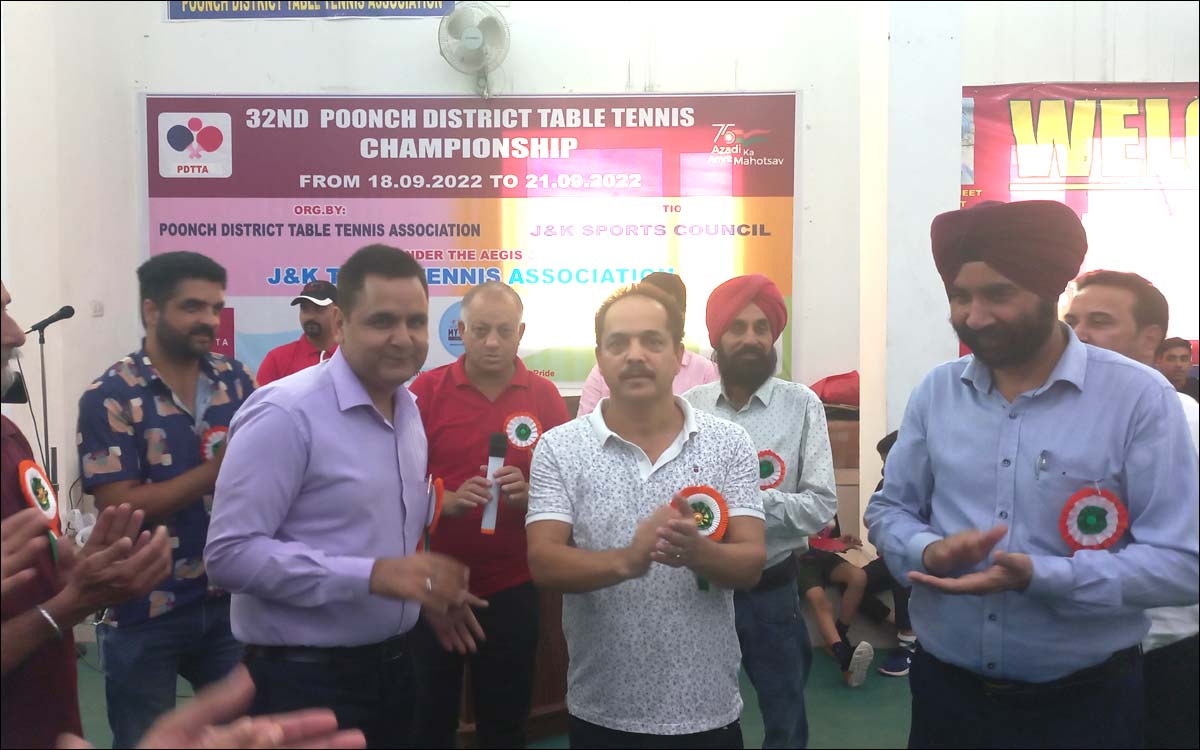 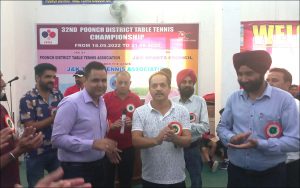 Noted Anchor Pardeep Khanna conducted the overall inaugural ceremony and introduced table tennis association’s achievements of the last more than 30 years with the chief guests and audience. Shedding a light on the history of the Table Tennis Association in Poonch district, Er Saleem Bandey, general secretary of the Association said that after three decades of struggle, an indoor complex was constructed at sports stadium Poonch. He also said that more than 200 players have played at the UT and national level due to the efforts of the association. “In addition to strengthening table tennis in this border district, we have produced many national players who got government jobs in different sectors and in multinational companies.” Bandey also thanked the government for the new table tennis hall which is under construction.

Prof Dr Jasbir Singh, Vice President of the association was also present on the occasion and said that the association has faced multiple challenges during its thirty five years of journey.

Ajeet Singh Jeet, president of the Association, exhorted the participants to play the tournament with discipline and show true sportsmanship.

Speaking on the occasion, SSP Poonch, Rohit Baskotra(JKPS) said that he felt extremely happy to know that the table tennis association Poonch has done a tremendous job in this border district. SSP also advised the youngsters to play the game in a true sense of sportsmanship. He also said that Poonch police has launched a massive war against drugs and youth must stay away from the wrong menace of excessive use of mobile. SSP assured full support to the association for the future and stressed upon the association members to produce more players of national level.