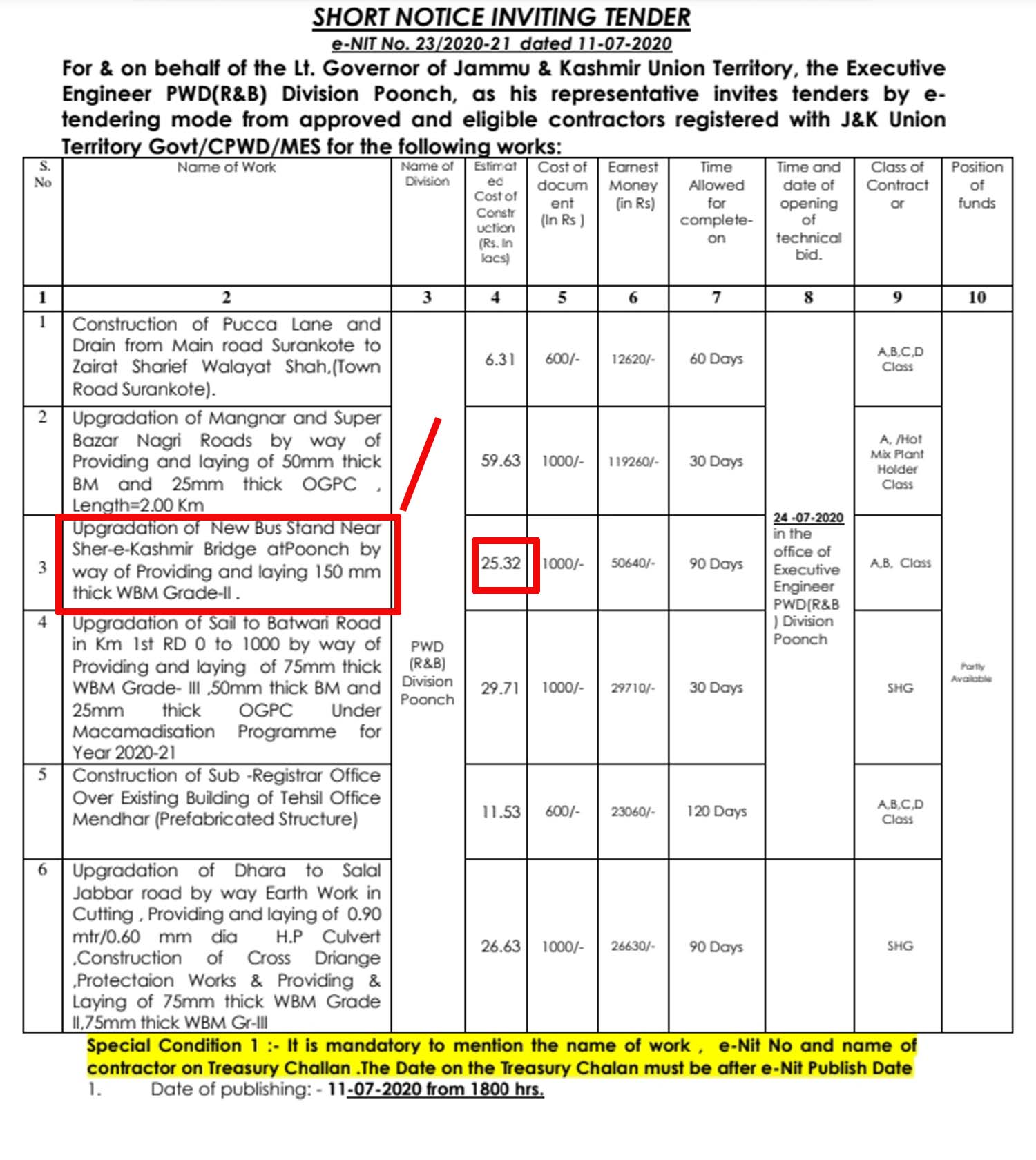 POONCH: The regular exposure of various frauds in Poonch administration related to illegal constructions and proposed construction of bus stand and shopping complex in Flood Zone shows that administration is just working to satisfy the interest of few people at the cost of interest of  whole Poonch city. In yet another exposure, PWD issued a tender for a work worth Rs 25.32 lac with the title “Upgradation of New Bus Stand near Sher-E-Kashmir bridge at Poonch by way of Providing and laying 150 mm thick WBM Grade II”. 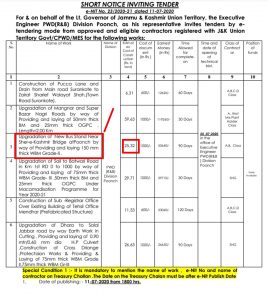 All this drama which is going on in “Flood Zone” shows that a high level nexus is  operating in administration which allows government constructions in “Flood Zone” with a hidden aim of legalize all illegal constructions. When Executive Engineer, PWD was contacted, he said, “DC Poonch instructed all officers to execute work under district Plan and this work of upgradation at new bus stand also falls under the district plan and we are just following the direction of Deputy Commissioner”. The said tender was opened on 11-07-2020 and its last date is 23-07-2020. Few days back, “POONCH TODAY” also exposed that administration wants to construct bus stand and shopping complex in Flood Zone. Moreover, those Khasra nos, which were declared as falling under red Zone, were converted into commercial illegally with the involvement of Revenue officers and as a result, huge illegal constructions have taken place. Even Irrigation canals and culverts have been captured.  A high level inquiry from government is needed as why tax payers money is being thrown in “Flood Zone” just to satisfy the interest of few people at the cost of the interest of whiole Poonch city, because if flood strikes again, Poonch city is in danger due to illegal constructions in “Flood Zone”.