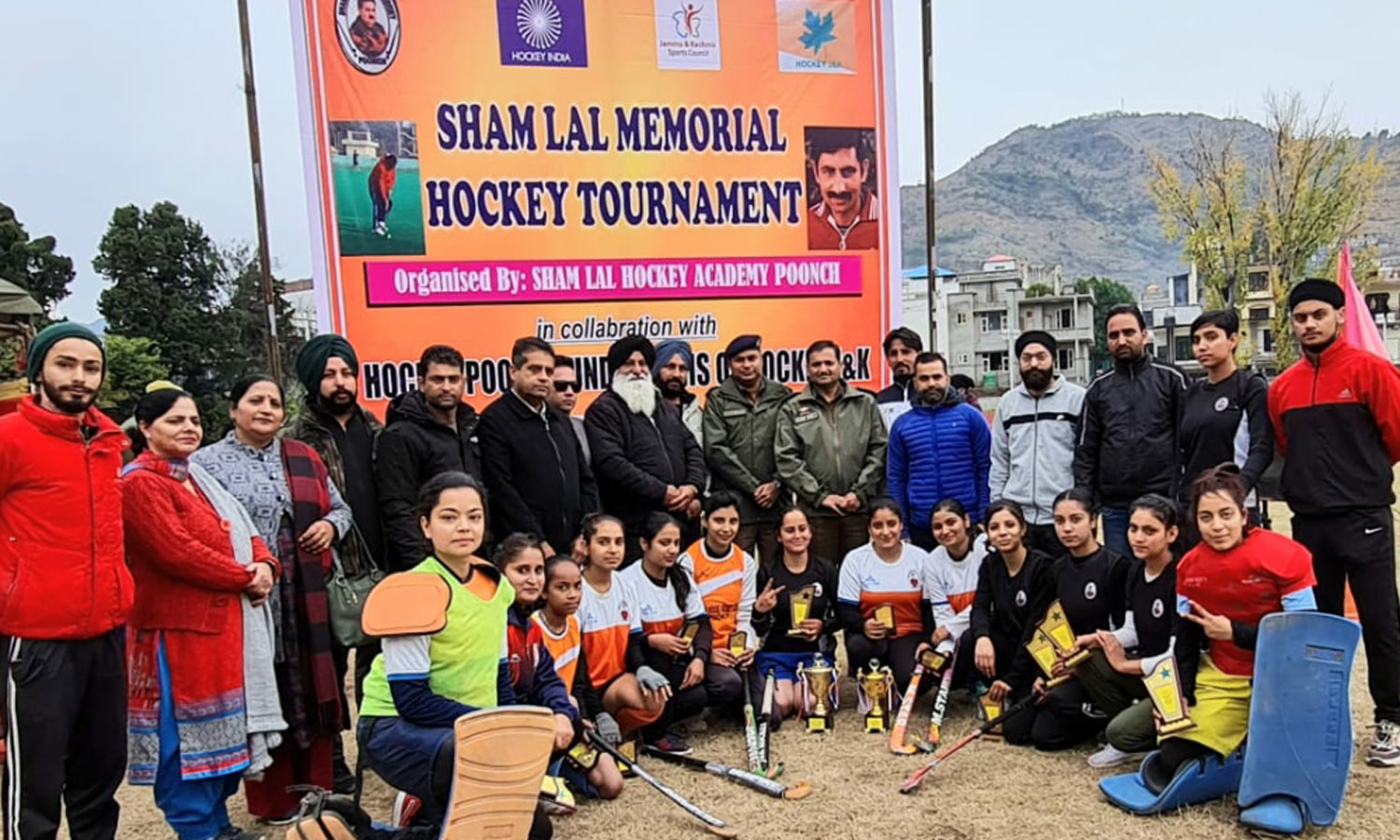 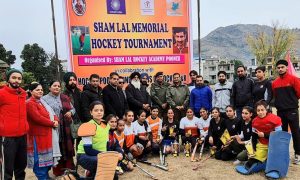 SSP Poonch, Ramesh Kumar Angral (KPS) was the chief guest on the occasion and he interacted with the players. Speaking on the occasion, he remembered the contribution of Late Sham Lal Sharma for promoting Hockey, specially girls hockey in district Poonch and at State level. He also mentioned that allotment of astro turf at Poonch is because of his immense contribution for raising hockey standard to high level and advised hockey players to work hard in sports and in academics

Later, Pawan kumar and Mukesh kumar (hockey coaches) presented vote of thanks to all the guest and participants for making this tournament successful and also ensured to organise more tournament in future. Match was officiated by technical panel comprises of Navjot, Agrim and Kavleen.