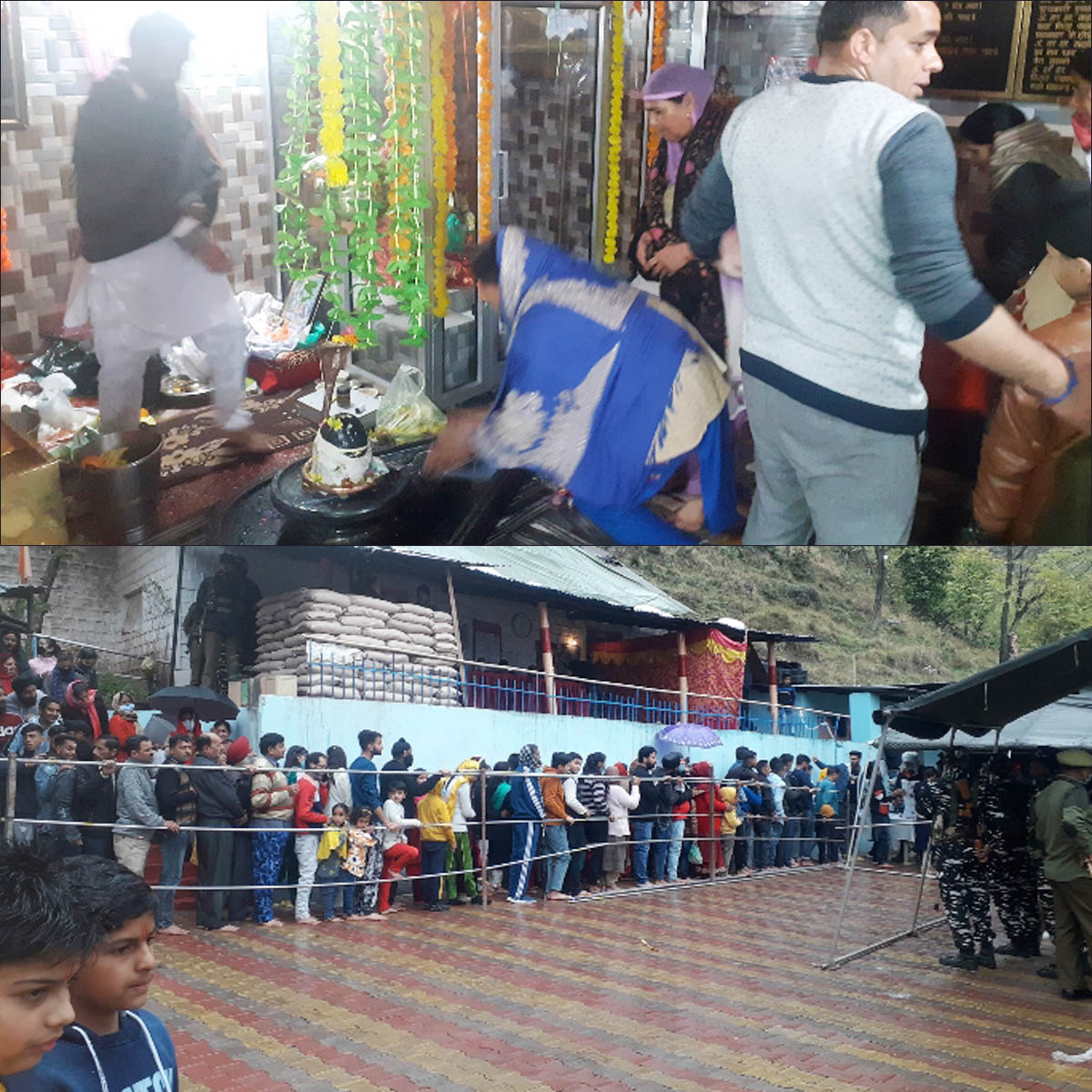 POONCH: Large number of devotes  thronged ancient Shiv Khori temple to pay   obeisance  to Lord Shiva on the occasion of Maha Shivratri.
The festival of Mahashivaratri was celebrated with religious fervour and gaiety in all parts of Poonch and devotes were seen dancing and chanting religious hyms in praise of lord shiva. 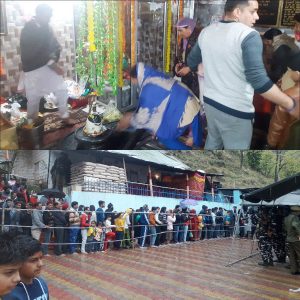 Falling on the 13th and the 14th day of the   month of ‘Falgun’ which corresponds to the period between February & March, this festival is dedicated to Lord Shiva.   Holy mantras in addition to bhajans in praise of lord Shiva are also recited and special puja   are held throughout the night to celebrate Shivratri by devotees. A large number of stalls of eatables were installed by various societies enroute to the 2 km road to Shiv Khori temple. There was a huge hustle and bustle, while administration had made all the arrangements in advance. DDC Poonch, SSP Poonch, Brig commander 93 Inf Brigade also paid a visit to holy temple and prayed for global peace and prosperity.
The people irrespective of caste, colour and creed were seen greeting their Hindu brothers on this holy festival while people pray for their progress and prosperity. Mahashivratri the night of the worship of  Shiva occurs on the 14th night of the new moon during the dark half of the month of Phalguna (Feb / March) when Hindus offer special prayer to the lord of destruction. There are various reasons to celebrate Shiv ratri. First is that the absolute formless God, Sadashiv appeared in the form of “Lingodbhav Moorti” exactly at midnight on Maha Shivratri. That is why all Shiva devotees keep vigil during the night of Shivratri and do “Shivlingam abhishekham” at midnight.  God in his manifestation as Vishnu made his appearance as Krishna at Gokul at midnight, 180 days after Shivratri, commonly known as  janmashtami. Thus, the circle of one year is divided into two by these two auspicious days of the hindu calendar. Second is that Lord Shiva was married to Devi Parvati on Shivratri. Remember Shiva minus Parvati is pure ‘Nirgun Brahman’. With his illusive power, (Maya, Parvati) He becomes the “Sagun Brahman” for the purpose of the pious devotion of his devotees. And the third one is believed that on Shivratri, Lord Shiva became ‘Neelkantham’ or the blue-throated by swallowing the deadly poison that came up during the churning of “Kshir Sagar” or the milky ocean. The poison was so deadly that even a drop in His stomach, which represents the universe, would have annihilated the entire world. Hence, He held it in His neck, which turned blue due to the effect of poison. Shivratri is therefore also a day of thanksgiving to the Lord for protecting us from annihilation. The 14th shloka of Shivmahimna Stotra says: “O three eyed Lord, when the poison came up through the churning of the ocean by the gods and demons, they were all aghast with fear as if the untimely end of all creation was imminent. In your kindness, you drank all the poison that still makes your throat blue. O Lord, even this blue mark does but increase your glory. What is apparently a blemish becomes an ornament in one intent on ridding the world of fear.” Meanwhile, Nishu Gupta, while talking to “POONCH TODAY”, said, “We witnessed heavy rush right from early morning. Administration and temple committee have made elaborate arrangement for the smooth conduct of festival. In spite of a rainy day, people came in big numbers and it’s really a good sign.”