Latest News
Mishandling of power! Pleasing top bosses by gruelling individuals without investigation has become a new mantra of the Poonch Police; DGP’s intervention  needed93 Infantry Brigade authorities fail to strengthen the spirit of the sports with unprofessional approach; One mismanaged hockey event mar successful Link up day celebrationsWith Panchayat and Local Bodies elections due next year, assembly elections in J&K are likely to be put offCredibility of the Poonch administration has reached a frightening low due to reports of intensifying dishonestyPUBLIC NOTICE “POONCH TODAY” bold journalism is totally based on an impartial and investigative nature
Sharm magar inko aati nahi!  Poonch administration achieves top position from below in good governance index of J&K UT and it’s really shocking – Poonch Today 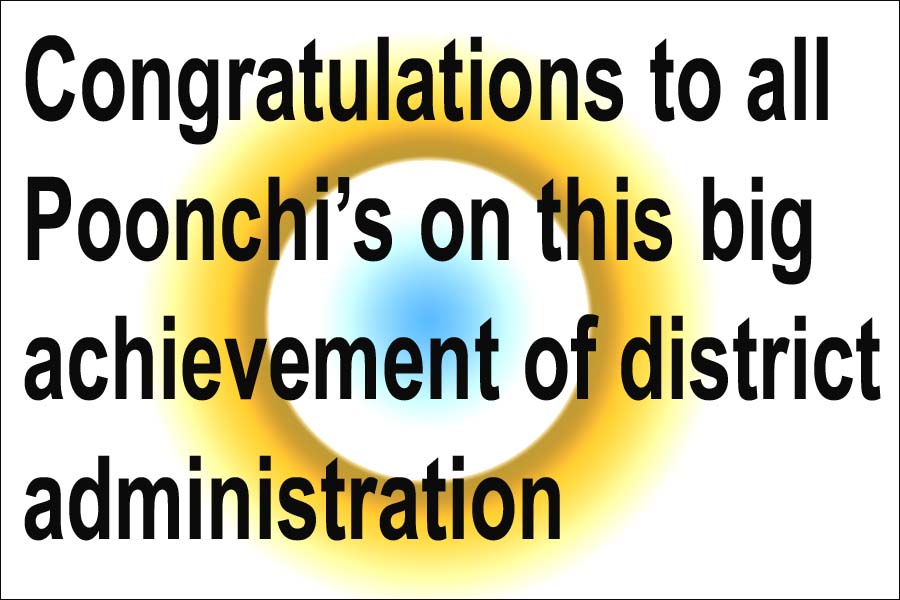 POONCH:  The latest good governance index released by the J&K UT government ranks Poonch last, causing great embarrassment for the DCC Chairperson, DC Poonch led  civil administration in particular, and the public in general. Although the Union and UT governments conducted successful elections with huge participation in all the three tiers of governance aimed at ensuring development at grassroots levels, the majority of elected representatives(90%) and civil administration failed brazenly to live up to the expectations of the people of Poonch district. 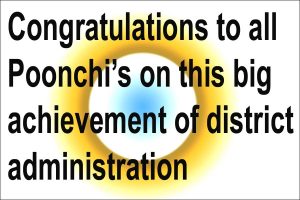 DDC Poonch, DDC Chairperson, and other top officers have been seen busy in VCs and other things to give the impression that everyone was busy planning better for Poonch district, but the latest result has exposed everyone. It shows that the DDC chairperson, DDC and other top-ranked officers plus the majority of elected representatives were just beating around the bush; going by the saying “Look busy doing nothing”. It’s a fact that 90% of elected representatives in the district don’t know the a, b, and c of running governance in all the three tiers of governance, but in spite of that, some inefficient representatives were brought on top chairs, and this shows that the reins of district Poonch are not in the right hands. It is pertinent to mention here that the government took into account the performance of every district in ten key areas of public health, social welfare, judicial and public safety environment, agriculture and allied industries, human resource development, public infrastructure and utilities, financial inclusion,  and citizen-centric governance.  In the Poonch district, the performance of public health is visible in front of all. Majority of agriculture lands were converted into commercial with the hand in glove influence of tainted revenue officials. Citizen centric governance is also poor as the common man is fighting hard to get regular supply of water, not to mention other major issues of public importance. The Poonch district administration has failed to take action against illegal encroachment of government buildings, forest lands, Kahcharai lands, and illegal constructions in the “Flood Zone”. Trust deficit in administration is all time high.  The main market has been encroached upon from all angles, causing huge inconvenience to the people. Corruption has spread its tentacles in the majority of departments. No new roads have been planned to ease traffic congestion. Despite being fully aware of the various loopholes, DDC Chairperson, DDC Poonch, and his subordinate departments have failed on all fronts in providing a result-oriented administration, casting serious doubt on their intentions behind the scenes. The people of Poonch have alleged that the DDC council has failed on all fronts. They also alleged that no meeting of the council took place for the last year, adding that the elected representatives didn’t know the performance of each department block or at panchayat level. On the one hand, the Union and J&K UT governments claim efficient infrastructure development, but when it comes to providing citizen-centric governance, elected council members, including the DDC chairperson, and civil administration have failed to win public trust on common man issues. The traditional well-known sycophants of the administration and a few fake media people backed by civil and police administrations are seen praising every officer of the administration, but the ground condition is different.  District Rajouri ranked first in the area of public health, while Pulwama bagged the top position. This good governance index system launched by the government is a big step in introducing administrative reforms at the district level, but unfortunately, Poonch district is not blessed with competent officers and visionary elected representatives, and as a result, the district got the last position, which is very unfortunate and shocking on the part of the district administration. The majority of officers in the administration take full advantage of the lack of knowledge on various issues among 90% of elected representatives, and this leads to huge corruption. The majority of work is completed in files, but the truth on the ground is something else. The social welfare department is involved in silent corruption as huge amounts of funds were reportedly transferred into the accounts of a large number of girls for marriage purposes, but they are still single. In the majority of schemes of the social welfare department, tainted officials openly looted funds.  Highly placed sources in the administration told “POONCH TODAY” that the majority of officers have only one concern and that is to target money by any means with the full support of the administration.  How can one expect all-around development on the ground if the common man faces significant inconveniences due to basic issues such as irregular water supply, inadequate health care facilities, a culture of favouritism in development projects, and so on? The majority of JKAS officers love to serve in local districts, because they know their true capacity of not working in other districts due to poor knowledge and weak administrative skills.  Locals have appealed to the J&K UT government to provide efficient officers in the district because the current set of officers (some arrogant ones) has failed on all fronts in ensuring proper development on the ground. From a developmental point of view, the credibility of the Poonch administration is near to the ground and the latest good governance index further justified this. Even all the members of “Guldasta Gang” and “Shero Shayri Gang” who are blessed with a sycophantic culture of administration are still silent on the issue.  It’s a big question mark on the chair of DDC Chairperson, DDC Poonch and other officers who have brought the reputation of Poonch district to such a new low. Locals opined that DDC Poonch needs to shed his concave superiority and must show his performance on the ground if he has some efficiency because everybody is feeling huge embarrassment on this latest good governance index and the credit for this goes to civil administration and  elected district development council members. DDC Poonch must present a white paper on development department wise; else the people will continue to say that the district is not in competent hands. After this latest good governance report released by the government, the majority of officers of the district administration are internally happy over this poor performance because “Sharm magar inko aati nahi.” A high level inquiry needs to be conducted by the J&K UT government against the poor performance of the Poonch district administration to win public confidence because governance is for the public.

Who is running the office of DDC Chairperson behind the curtains? Mendhar incident questions the intention of civil administration
Crores of rupees swindled by Irrigation Department Rajouri but people still waiting for relief; Will DC Rajouri enquire into the matter?