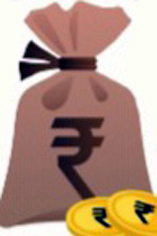 JAMMU: There are many anecdotes of few police officers indulged in earning wealth through fetid means and it doesn’t matter whether that riches comes from mining mafia, liquor mafia, bovine smuggling or from some other sources.

J&K police are known all over the country and won huge respect  for its professional policing and the bigger role played by the country’s elite force during the last three decades on many challenging fronts. On one hand, in tackling militancy by all means, remarkable job done during COVID-19, confronting various types of crime in addition of supporting public through various community friendly initiatives, the list of good works done by J&K police is huge, but on the other hand, unfortunate dishonesty related acts by few officers lower the reputation of country’s top police in the eyes of common man.  Few police officers, whose main target always remained to earn wealth through foul means can go to any extent and in this case, the due of two senior-junior police officers posted in JKS range are playing similarly like con artists from famous bollywood movie “Bunti aur Babli”   and have become partners  in earning wealth through foul means and few innocent people have become their victims. Earlier, the senior officer was projecting himself through his close friends in social and media circles as honest, but later, he changed his strategy and started hitting financial gains.  Few people, who were and still involved in the business of mining, were forced by the junior police officer on the directions of his senior officer to pay more than Rs 2 lac as monthly commission, since there is a blanket ban on extraction of sand and gravel from river bed areas, but after scripting successfully a handsome deal with those involved in the mining business, both the officers are enjoying like anything.  Astonishingly, those involved in illegal mining are relatives of a famous and powerful senior police officer of J&K police, who retired from service few years ago. In spite of fully knowing that powerful police officer, the due of senior and junior police officer never spared even their former senior and openly looted his few relatives in mining business and influential people  through various techniques and it shows that they are having a strong impact of the bollywood movie “Bunty aur Bubli”. Junior officer also gets regular monthly share in thousands from a wine shop operating in his area.  The senior among the two officers sits with influential businessman frequently to use them fully to satisfy his desire, because he fully knows that he got this prize posting after long years of service in police as an officer.  Even, in a much high profile sensitive case in which a SIT was formed few months ago on the pressure of BJP leadership,  the junior officer took heavy amount to help the main culprit out of the case and in his place, some people were booked wrongly and later, demanded huge amount to release them. He even crossed his limits and intervened in another police jurisdiction in the said case.  Earlier, the junior officer was scripting all deals and senior officer was not getting anything. To hit bulls eye, the senior officer used a person from fourth estate and planted some stories against the junior officer and that tactics of senior officer worked well and junior  officer was forced to follow his dictates. When a clear understanding was reached between both the officers, then the said person from fourth estate was given cold shoulder and both the police officers started trapping people with a sole agenda of earning wealth by all means. After reaching at an understanding, the junior officer, to please his immediate boss, also provided an air conditioner for the vehicle of his senior officer.  However, the downbeat reports of both the officers have already reached the top brass of police and it would be interesting to see what type of action, directly or indirectly will be initiated against the duo who are holding chairs at an important location of JKS range and have been doing activities similarly like movie “Bunty aur Babli” to satisfy their lust.

Continue Reading
You may also like...
Related Topics:j&k police, Police

DC Rajouri warning to officers needs to be  implemented on the ground
Why Director Local Bodies Jammu is not shifting tainted officials of Surankote Municipality?