Latest News
Mishandling of power! Pleasing top bosses by gruelling individuals without investigation has become a new mantra of the Poonch Police; DGP’s intervention  needed93 Infantry Brigade authorities fail to strengthen the spirit of the sports with unprofessional approach; One mismanaged hockey event mar successful Link up day celebrationsWith Panchayat and Local Bodies elections due next year, assembly elections in J&K are likely to be put offCredibility of the Poonch administration has reached a frightening low due to reports of intensifying dishonestyPUBLIC NOTICE “POONCH TODAY” bold journalism is totally based on an impartial and investigative nature
Challenging task ahead for Poonch police to bust terror networks after solving the sensational IED case – Poonch Today 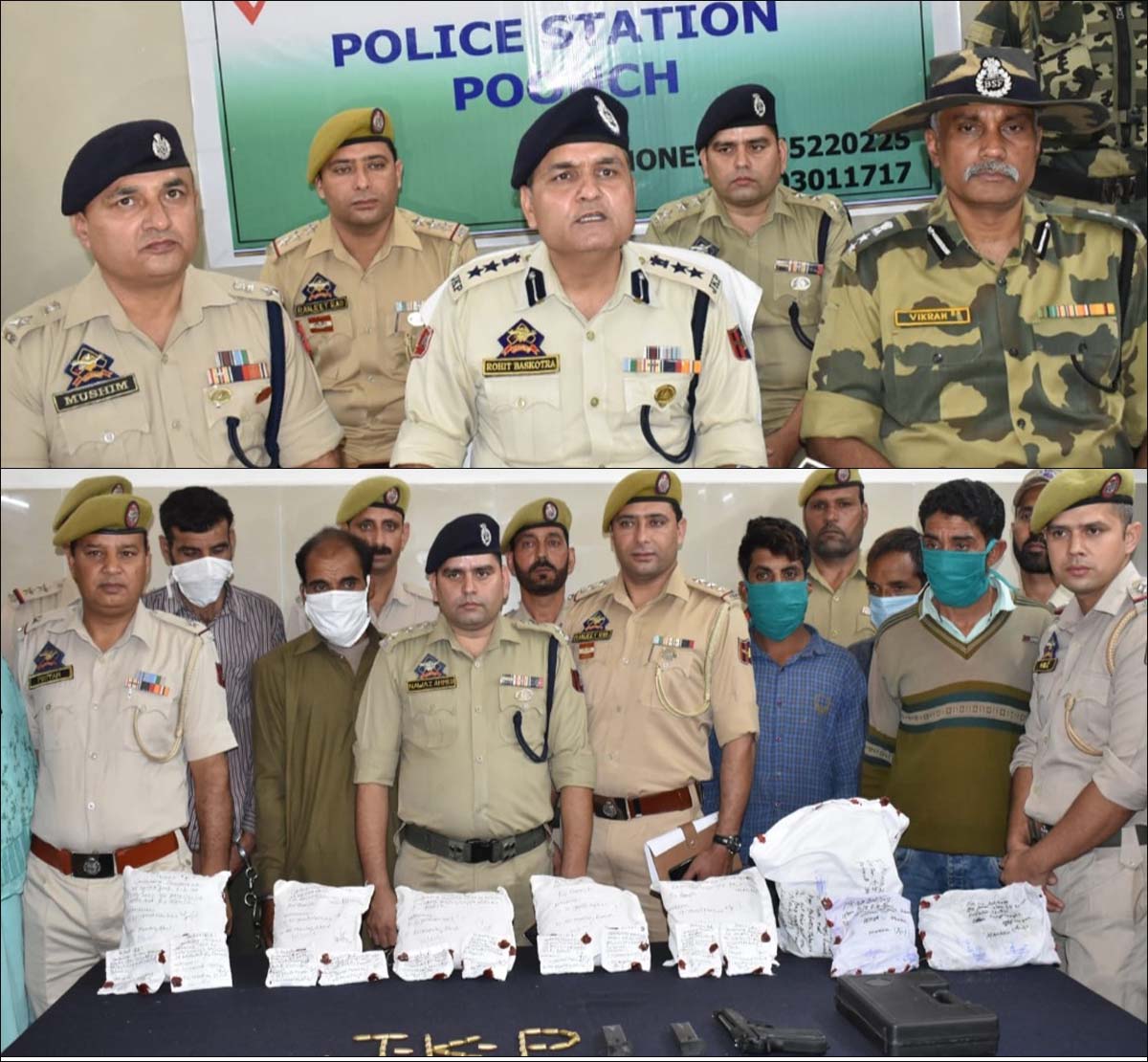 POONCH: Timely action by Dy.SP operations Munish Sharma, few days back, in arresting a woman with a 3.7 KG IED, and prompt investigation conducted by Poonch police, has given a big jolt to the terror network which was eyeing disturbance in the peaceful atmosphere of Poonch district. 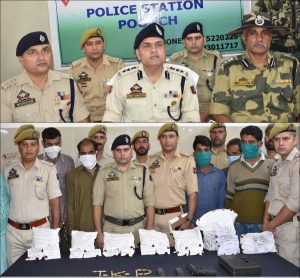 This was the very first time that anti-national elements managed to carry an IED weighing nearly 4 kg in Poonch city. Had the woman and her handler succeeded in their ill designs, the Poonch town would have suffered a massive blast. This IED incident is clearly an indication that anti-national elements being supported by Pakistan can go to any extent and are planning to disturb the peaceful atmosphere in Poonch district. Police officials need to adopt a proactive approach by bringing to book those who are playing their wrong roles silently against the nation. It would be a challenging task for Poonch police  in the near future to nab such forces. However, after arresting the said woman in an IED case, SSP Poonch constituted an investigation team and, within a few days, Poonch police, along with CAPF, busted the terror plot and arrested five people. The team led by Dy.SP HQRS, Dy.SP Operations, and SHO Poonch, under the supervision of SSP Poonch, ASP Poonch, swung into action and solved the case with the arrest of five persons. Police also recovered one pistol, two magazines, and 43 rounds.  The lady who was arrested with an IED was identified as Zaitoon Akhter w/o Mohd Azad R/O Qasba. Earlier, while addressing the media,  SSP Poonch, Rohit Baskotra, said, “On September 28, 2022, information was received from BSF about the presence of some suspected person carrying an IED like substance in Poonch for planting somewhere and endangering the lives of innocent/security personal. Soon after receiving the information, different teams were constituted along with CAPF manpower under the supervision of ASP Poonch Mushim Ahmed, Dy.SP Hqrs Poonch, Nawaz Ahmed, and Dy.SP Operation Poonch Manish Sharma, respectively, to nab the suspects to avert any incident. All the sister agencies and ground sources were activated for early and timely action. On this, the PC Poonch party, along with officials of BSF,CRPF, lady police of women’s cell and bomb disposal squad, tactfully recovered the IED from the spot and diffused it. One lady, namely Zaitoon Akhter (age 35 years) W/O Mohd Azad R/O Qasba, was apprehended from the spot and was brought to police station Poonch for questioning. In this case, FIR No. 202/2022 U/s 4/5 ESA Act was registered at Police Station Poonch and an investigation was taken up.”  SSP Poonch further  said that during sustained questioning and interrogation, the arrested lady disclosed that this IED was brought by her husband, namely Mohd Azad S/O Faiz Mohd R/O Qasba . Special teams were constituted to nab  Mohd Azad S/O Faiz Mohd R/O Qasba, who was arrested in the instant case, and during initial interrogation he revealed that he, along with one person, namely Qamar Din S/O Mohammada R/O Kirni, were in touch with their relatives in Pakistan. His maternal uncle, namely  Bashir Ahmed,@Tikka Khan, associated with LET/HM and reportedly deputing people to POK for subversive activities, also  named   two brothers of Qamar Din, namely Najim din @Naja and Latief, are living in Mangbajri camp, POK, associates of Bashir Ahmed came out in the investigation. During the course of investigation into the disclosure of Qamar din S/o Mohamada R/o Keerni, one pistol, two magazines, and 43 rounds were recovered from Keerni in the presence of the Executive Magistrate.  All the  arrested persons are involved in  subversive activities and are the main handlers who are pushing explosive materials to harm Indian sovereignty and integrity. On the disclosure of Mohd Azad S/o Faiz Mohd, the names of two more persons, namely Wajahat Khan S/o Sayed Akram and Kamal Din S/o Kamar Din, resident of Kirni, who were aiding them in carrying and transporting the consignment upto Poonch  were also arrested with the active support of Banvat Bn. of the Indian Army.  In the instant case, UAPA sections 13/18/23 & 39 and other relevant sections of law were added in the case, and further investigation was going on.  In addition to this big achievement, SHO Poonch Ranjeet Singh Rao has also activated Poonch police and has started  a big exercise against drug terrorism by arresting many persons and also recovered  huge cache of narcotics like substance. Arresting persons involved in drug related crimes through some young PSI’s has become a regular routine of SHO Poonch  who has shown some resolve to  challenge drug terrorism. Will Poonch police get success in eliminating drug terrorism fully from the district? Only time will tell.  It is pertinent to mention here that the  anti-national forces have been operating from different areas to smuggle narcotics-like substances, it would be a challenging task for Poonch police to bust this drug terrorism network by all means. Sources said that the flood zone area which was declared as “no construction zone” by the administration, and some more  pockets in the city have become a new hub of drug terrorism and related activities, and those who are involved in such acts are reportedly taking shelter in these areas also. It is high time for the Poonch police to wage a full-fledged war against anti-national forces in addition to drug terrorism in order to regain public trust, because drug terrorism and anti-national forces pose a significant threat to the youth of Poonch and the peaceful atmosphere of Poonch, and the emergence of IEDs in Poonch city should not be taken lightly by the police. It’s a challenging task ahead for Poonch police to bust terror networks wherever they are operating silently, as the police should not feel at ease after solving this sensational IED case.

Home Minister directs agencies to identify those in the government sector supporting terrorism; Employees with questionable credentials are being monitored
Who is running the office of DDC Chairperson behind the curtains? Mendhar incident questions the intention of civil administration